Is Modi Derangement Syndrome at work? 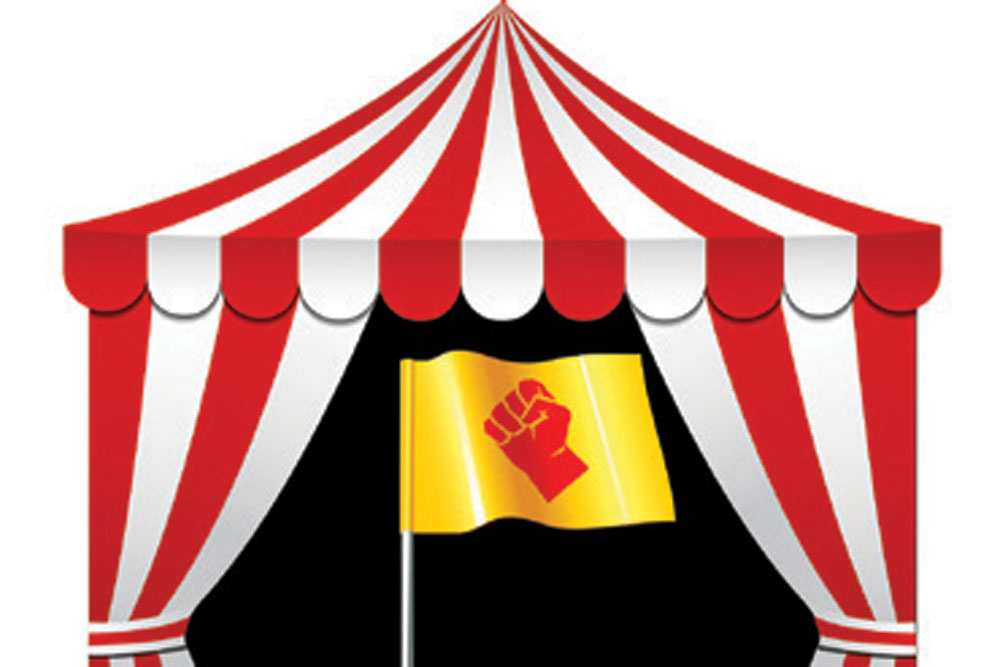 WE ARE ALL protest voyeurs now. And the peepholes of democracy, swaying to the frenzied rhythms of resentment, offer a rich fare. The year began with an American production, inspired by a president who was seen by many as a pornographer in power. The storming of the Capitol was an American putsch against the choice of democracy itself, staged by those who had lost faith in the popular vote. In certain ways, the ‘insurrection’ was a culmination of a political theatre that stretched from the White House to the street to the media, and the morality of which still continues to drive even saner souls to the extreme. Scenes—angry, savage, and partisan—included falling idols, calls for comforting histories, man dying under the knee of a policeman, riots for racial justice, occupation of cities, and the spread of the so-called Trump Derangement Syndrome among the progressives. Justice remained a dispute throughout the Trump era in which even the president was a permanent protestor. The Capitol siege was the inglorious finale—or a prologue to the impending series of illegitimacy in politics.

The next big thing, as if on cue, happened in the other big democracy. The tractor insurrection in Delhi tested the tenacity of the Republic, and the backstory of the insurrection would reveal the trajectory of protest in the Modi era. The tractor insurgents stormed the Red Fort while the Republic was celebrating its military strength and cultural diversity, in stark visual contrast to the Red Fort siege, straight out of a Bollywood B movie. They were ‘farmers’ still angry with a government that put in cold storage not only one of its most daring modernisation programmes but its conviction in modernisation too. Even such a capitulation, after a period of adamant rejection of the farmers’ demand, was not enough for the leadership of the protest. They could afford to take a break from farming to stage a prolonged sit-in. The scene of dissent at the Delhi border—and its armed variation played out in the city—may get its ‘subaltern’ treatment from amateur sociologists, but its invocation of a ‘land without justice’ has the distinctive flavour of Modi Derangement Syndrome. There’s a dissenting class that has not come to terms with his very existence as prime minister. We can’t see it in isolation. In terms of the spectacular, it was just the latest rage against a government whose popularity is seen by its critics as a licence for muzzling dissent. The Shaheen Bagh sit-in was their simulated version of Freedom Square. The tractor rage added a rustic masculinity to the protest—and amplified MDS.

At the outset, the agricultural reform was the kind of initiative even liberals suffering from MDS should have appreciated—ideally. The law unshackled the Indian farmer and made him a free agent in the marketplace. The protestors also did not represent the Indian farming community; they mostly came from the land-owning class in Punjab and Haryana. Where the government erred in the beginning was its refusal to engage with them: they were not worthy of any kind of talks, let alone negotiation. That attitude told another story. This government is headed by one of the world’s most popular politicians, and India’s most effective communicator on the stump. It was his effortless access to the minds of India that made him a consistent winner. Then why is it that the government itself can’t communicate effectively? This paradox has cost the government dearly in the perception war. It was this paradox that hardened the protestors’ stance. The government relented only to surrender. From one extreme it moved to another. The farmers got the message: they can win. The stalemate itself was a kind of victory.

Which leads to the nature of dissent against the government. It doesn’t come from the political space, which has become overwhelmingly unipolar. The opposition has ceased to oppose; the counter-argument today originates from the so-called civil society groups and professional resentment communities. The death of the political opposition—the mark of which is not the numbers but the absence of ideas—has been compensated by organisations and individuals afflicted by MDS. A culture of agitation is not necessarily a reflection of a civil society’s natural instinct for dissent; it could be a form of rejectionism. A triumphalist government can make the work easier for fulltime rejectionists, even if they occupy that amorphous space between soothing fantasy and discomforting reality. When the traditional space of political opposition shrinks and the cause cult takes over, and when power loses its lucidity, dissent is not what Václav Havel calls “living in truth”. It becomes the art of alternative truth, which has the rigidity of a dogma and the flexibility of delusion. The war cry of the angry farmer who hoists the flag of conquest on the Red Fort is the militant expression of an argument the other side of the political class had failed to make. The incoherence of the opposition has been replaced by the nihilistic fury of the street fighter. Short on substance, it scores in spectacle.