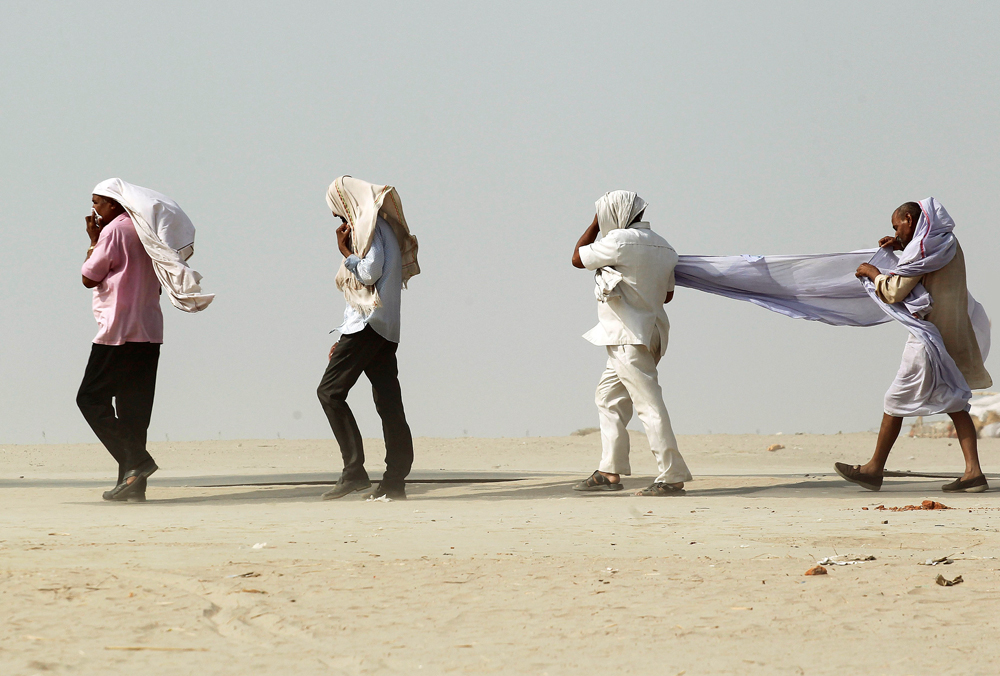 Imagine this scene.  It’s April 2021, most of India is just emerging from a year under lockdown.  Thousands are dead, the economy is in tatters, public coffers are drained. Prime Minister Modi and his cabinet are changing gears and starting to think beyond fire-fighting the outbreak of Covid-19 that is slowly but surely slowing down.  The temptation at this point would be to ignore all other pressing issues and redirect every available rupee to stock up on vast quantities of the vaccine that has had an impact, build new national institutions for dealing with pandemics, and hire an army of doctors. Science, however, would argue differently.

There is global consensus on the fact that climate change and the outbreak of pandemics such as Covid-19 are inextricably linked.  Creeping changes in temperature, shifts in patterns of rainfall, gradual rise in sea levels and spikes in the frequency and intensity of disasters caused by the emission of greenhouse gasses increases the vulnerability of our world to infectious disease.

Therefore, solving climate change is key to preventing another pandemic and the Prime Minister would be well advised to consider the following three issues while making difficult decisions on the allocation of scarce resources.

It is now becoming increasingly clear that pandemics are being caused by the increasing proximity of humans and animals.  COVID-19 began in the wildlife markets of Wuhan, Ebola too sprang from man-animal contact in West Africa.  Climate change is decreasing the natural distance between us and vectors that carry the pathogens that lead to infection.

The destruction of forests due to climate change is a major reason for this.  Rising temperatures lead to drier undergrowth and exponentially expand the likelihood of wildfires such as those that ravaged forests in California, Brazil and Australia last year.  Changes in climate also impede the natural growth and regeneration of forests and in many cases cause their slow decline.  Trees are attacked by invasive insect species as a changing climate is altering the natural migratory patterns of insects. All this is leading to the destruction of the places where wild animals live, causing them to migrate closer to the places where humans do.

Rising temperatures, water scarcity and disasters are impacting agriculture negatively. This has contributed to a global spike in food prices, for instance the International Food Policy Research Institute finds that global warming may increase the prices of corn, wheat, and rice by at least two-thirds by 2050 in comparison to today’s prices. The increasing cost of food is leading to those living on the margins to satisfy their hunger by foraging or hunting bushmeat. This bridges the natural distance between them and animals, putting them at greater risk of infection.

Additionally, climate induced disasters such as floods and sea level rise are destroying the livelihoods of the poor who are dependent on soil, water and natural processes, causing them to migrate to cities.  According to the UN, almost 20 million people are displaced by climate change related disasters every year (considerably outstripping the number of those displaced by the Syrian crisis) and many of these make their way to the nearest urban centre to find a home and work.  This in turn contributes to the gradual expansion of cities into peripheral agricultural and forest areas, bringing urban residents and animals closer.  The frequently reported run-ins of people living in new suburbs of large metropolitan cities with leopards and elephants are a by-product of the same phenomenon.

Another impact of the movement of ‘climate refugees’ into cities is that people are living in densely packed neighbourhoods, closer to each other than ever before in the history of the world.  This helps infection spread exponentially.  This density is what caused galloping rates of infection in New York City last month and is also partly why slums in Dhaka have twice as many people with tuberculosis compared to the national average.


Climate change exacerbates pandemics by bringing animals and humans closer, intensifying their spread and reducing our ability to ward them off. However, thoughtful policy decisions can help tackle these problems simultaneously

A majority of Indians who live in slums that lack basic services are highly vulnerable to all kinds of public health problems including infectious diseases. Also, the dynamism of life in slums impedes ‘herd immunity’ (which happens when infected individuals recover and become immune to diseases, slowly reducing the  chances of others being infected). Herd immunity  is dependent on groups of people that are contained and static. However, poor migrants in our slums travel frequently to and from their villages and therefore remain prone to contracting infection and passing it on.

Disease carrying animals and insects have adapted over millennia to the places that they naturally inhabit. Changes in climatic conditions favourable to their spread like increased temperature allows them to move into new areas and strengthens their capacity to spread disease. Thus, climate change is taking vector-borne disease to higher latitudes and altitudes. A case in point is Southern Europe, which has seen recently seen three species of Aedes mosquitoes (known to cause dengue and chikungunya) thrive for the first time ever. Models project that warming over Central Europe will lead these mosquitoes towards the UK as well. A slew of recent studies outlines how climatic factors have led to vector-borne diseases such as malaria, African trypanosomiasis, Lyme disease, tick-borne encephalitis, yellow fever, plague, and dengue spreading to newer areas, faster than ever before in our history.

Climate change has a clearly deleterious impact on the human immune system in a number of different ways.  Our natural immunity is dependent on a healthy, protein rich diet but nutritious food is becoming more expensive partly due to the impact of climate change on food production.  A quick look at the Food and Agriculture Organisation’s Food Price Index that measures changes in global food prices reveals that many protein rich food commodities have become twice as expensive over the last two decades (and incomes have not kept pace).  Also new research is pointing to how increases in atmospheric carbon dioxide can reduce the nutritional content of staple foods. Therefore, fewer and fewer people will be able to access good quality meals and this will erode their natural defences against the onslaught of infectious disease.

A healthy immune system is also dependent on adequate sleep and the body is able to only rest properly under the right temperature, between 20 and 24 degrees Celsius. Across most of India, average night-time temperatures are already at the higher end of that scale but there is scientific consensus that climate change will lead to further increases over this century.  This will mean that most Indians will be unable to sleep properly and will therefore suffer from poorer immune health.

Pathogens are not naturally adapted to surviving high temperatures, that is why our bodies break into a fever while trying to fight infections.  Climate change is however leading to gradual increase in temperatures across the world which is leading to slow but steady increases in the capacity of pathogens to thrive in warmer environments.  This means that the automatic response triggered by our bodies is becoming less effective in warding off disease causing bacteria and virus.

Therefore climate change exacerbates pandemics by bringing animals and humans closer, intensifying their spread and reducing our ability to ward them off. However, thoughtful policy decisions can help tackle these problems simultaneously.

For instance, ‘early warning protocols’ where the first indications of a disturbance lead to the activation of emergency services can be similar for a disaster or a pandemic.  Enhancements in local health infrastructure can help deal with the steadily increasing health problems caused by climate change induced heat waves as well as nip the spread of infection in the bud. More broadly, banks, airlines and industry can be subjected to more frequent ‘stress tests’ that demonstrate the degree to which these institutions can continue to deliver services under adverse economic circumstances. These are as valuable for ensuring that these vital services continue through natural disasters as well as when diseases eviscerate our economies. Novel initiatives such as Delhi’s famous odd-even driving scheme not only impact emissions but also train people and government machinery in implementing unconventional public behaviour practices that will be needed to manage pandemics as well.

It is therefore absolutely crucial that in that first cabinet meeting of the next financial year, when the din of traffic starts to return and people start talking about the IPL again, Prime Minister Modi makes the battle against climate change and pandemics twin national priorities and accords them equal importance.