A message about the need for civil engagement on social media 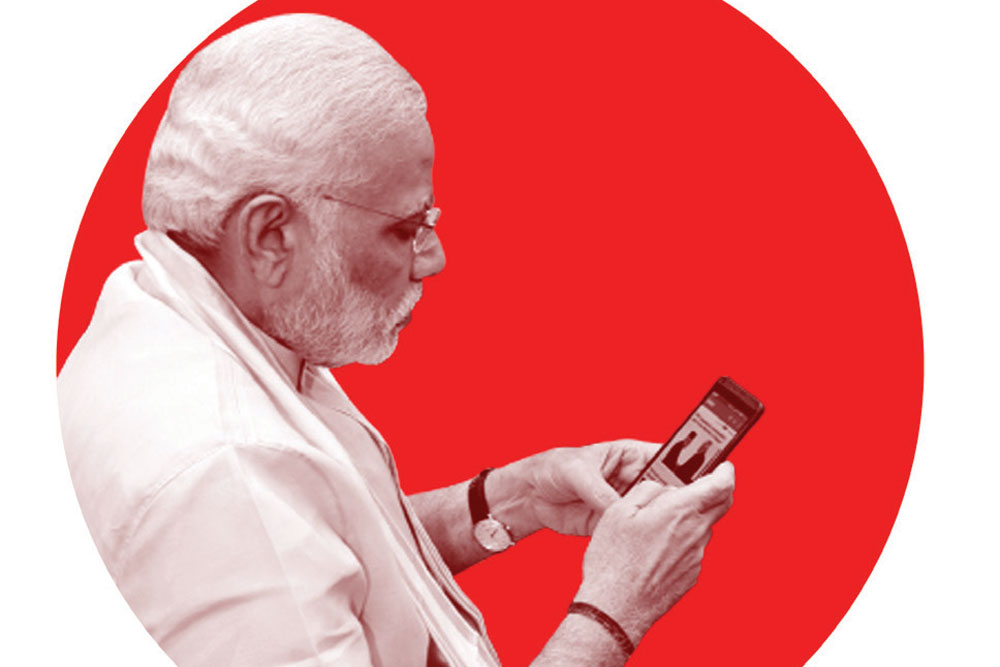 ON MARCH 3RD, Prime Minister Narendra Modi surprised his admirers and critics alike by tweeting that he was considering leaving all social media platforms. ‘This Sunday, thinking of giving up my social media accounts on Facebook, Twitter, Instagram & YouTube. Will keep you all posted,’ Modi tweeted on March 2nd.

Modi’s tweet sent the social media into a tizzy, with both sides speculating on what prompted him to send out this message. Many thought this was his way of sending a message about the need for civil engagement on social media. In the past, Modi has spoken several times about using these platforms responsibly and not using offensive language while engaging with others.

But, soon, these speculations were put to rest after Modi clarified he was giving control of his accounts to women whose life and work could be an inspiration. ‘This Women’s Day, I will give away my social media accounts to women whose life and work inspire us. This will help them ignite motivation in millions.’ This led to another spate of sarcastic comments. After Modi posted his first tweet, Congress leader Rahul Gandhi tweeted: ‘Give up hatred, not social media accounts.’

There are two lessons to be learnt from this sequence of events. First, no matter what your intentions, there are social media users who will ridicule you. Normally, Modi’s decision, no matter how small a gesture it feels in the wake of everyday violence against women in India, should have been welcomed. After all, the Prime Minister’s social media accounts are widely followed, and his gesture, like his initiative regarding cleanliness, could have helped at least create a conversation around women and their empowerment.

But it is also a fact that many people who use offensive language on social media claim to be his followers. In fact, many feel empowered and take pride in the fact that Modi follows them from his official Twitter account. There is no way they would not desist from posting offensive remarks and trolling if Modi were to issue a stern warning, especially on his social media platforms. But he has not done that and, as a result, social media platforms, especially Twitter, continue to remain places where unacceptable things are said by his admirers, especially to women in public professions like journalism.

Political leaders who should have been on the road and boosting the morale of their cadre have abdicated their responsibility and spend too much time on Twitter.

The problem is so acute that many among them may have begun to think that posting criticism of the Government on social media or commenting is all they need to do in order to make the regime nervous. In that game, they must realise, they will never win over this Government and its loyalists.

The person who needs to learn this lesson the most is Rahul Gandhi. Ten days after communal strife sharply divided northeast Delhi and resulted in the loss of close to 50 lives, he finally chose to pay a visit to the affected areas.
It is unclear who his advisers are and what kind of advice they end up offering him. But to anyone with even basic political acumen, this visit would be considered too little, too late.

The people of northeast Delhi, like their fellow countrymen in many other parts of India, may have finally realised that they can no longer bank on the Congress to save them or at least raise its voice or mitigate their suffering in any way. What can be said of a party whose senior leader congratulated the Aam Aadmi Party on its recent victory in the Delhi Assembly election, adding that “bluff and bluster lost”—and this, when the Congress did not manage to win a single seat?

Now would be a good time for both Modi and Rahul Gandhi to look beyond Twitter. Modi must walk the talk and send a clear message that he does not approve of the nastiness on social media in his name. For Rahul Gandhi, all roads in the next few weeks must lead to northeast Delhi.

The Future of Kashmiri Pandits