Pathographies of the Extreme 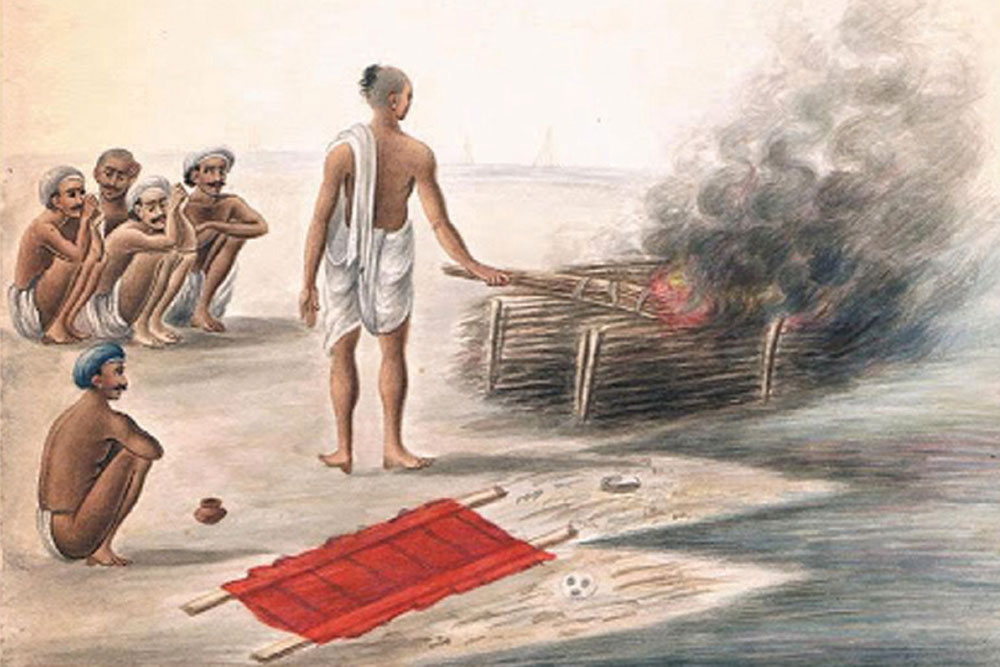 
ORIENTALISM REVISITED: As a certified post-colonialist, I have often wondered what good my training was. Especially when the textual techniques and practices of reading that Edward Said’s pathbreaking Orientalism (1978) inaugurated seem somewhat passé with the passage of time.

When I entered graduate school way back in 1980, most professors and students were quite confused over Said’s claims of the intrinsic relationship between knowledge and power. Such a position had, of course, an alternate genealogy in the West’s interrogation and criticism of itself. Not Descartes but Vico, not Kant but Blake, not Hegel but Nietzsche, not Heidegger but Foucault, not Levi-Strauss but Derrida, not Marx but Habermas—revealed a story of the West’s misadventures in mixing knowledge production with extending domination.

Said, it must be recognised, was somewhat excessive, if not one-sided. He lumped all the knowledge produced by the West about the non-West into one malign non-differentiated category, labelling it as tainted by the will to power. When I met him in London in 1989, he said, with a smile, “The civilising mission of world conquerors, as Marlow famously observed in Heart of Darkness, was little more than land grab and loot. It had to be disguised with noble intentions.”

In his follow-up volume, Culture and Imperialism (1993), he argued that narrative control went hand-in-hand, at times even preceded, conquest of territories or actual dominion. What better way to justify that than by depicting the conquered people as benighted savages, barbarous and brutal, so in need for modern laws and rational governance? Hence the oft-cited, and now thoroughly discredited, notion of “the white man’s burden”.

The history of the most violent century in human memory, the 20th, bore testimony to imperialism’s bloody discontents. The insensate and insatiable bloodletting of the two world wars, the Holocaust, Hiroshima and Nagasaki, the Partition of the subcontinent, the murderous ravages of Stalin, Mao and Pol Pot, the genocides in Armenia and Rwanda…

The list goes on and on. These constitute the bitter harvests or just deserts of imperialism’s catastrophic and competitive mishaps. Behind them all, arguably, is the common strain or running theme of the “power-knowledge” (pouvoir-savoir) dyad. If so, what has changed? It is this. The dirty work of political and narrative warfare is now outsourced. The smear campaign against Indian cultures, customs and leaders is mounted by a privileged native elite, both within the nation or desi expats ensconced in safe havens in the West. Worse, some of them are no longer working for the old Western imperialists, but for the new bully on the block, the red dragon breathing down our necks.

It is no longer classical Western orientalism of the Saidian variety, but re-orientalism, a revanchist reassertion of narrative and cognitive authority directed against us by some of our own in India and Asia.

Ontologies of the Macabre: For those who belong to Abrahamic religions and cultures, the sight of a burning body is macabre, even terrifying. The distress and revulsion are not just physical, but metaphysical and theological. Ancient Semitic burial sites in Egypt, dating back to 8-10 centuries BCE, show mortal remains preserved with objects associated with the deceased, a practice long antecedent to the later embalming and mummification of bodies.


With aerial shots of flaming pyres in the hundreds, a new ontology of the ghoulish has unfolded in the global media when it comes to reporting on India’s Covid-19 tragedy. Multitudes of coffins, body bags, graves, or, even more alarming for most, smouldering funeral pyres, stoke emotions of extreme alarm and fear

From such ancient, prehistoric rites to modern burial customs, the underlying idea is similar. Mortal remains are maintained underground, whether in chambers, urns, sarcophagi, or just simple casket or graves for commoners. Why? Simply speaking, it has to do with the afterlife.

Classical creeds like Judaism, Christianity and Islam share the notion of Judgement Day and Resurrection with the ancient Egyptian religion. The body, or what remains of it, is preserved in the belief that after the deeds of the soul are weighed, a transubstantiation will occur, whether in actuality or in another dimension. The modified personhood of the deceased is marked or maintained with headstones or shrines where flowers or chadars may be placed as a mark of respect and connection with the departed.

As to a burning body, with nothing left except ash, it is literally an image of denial of afterlife, even of hellfire. With aerial shots of flaming pyres in the hundreds, a new ontology of the ghoulish has unfolded in the global media when it comes to reporting on India’s Covid-19 tragedy. Multitudes of coffins, body bags, graves, or, even more alarming for most, smouldering funeral pyres, stoke emotions of extreme alarm and fear. Mass cremations, with bodies piled on top of another, happen only during wars, disasters, and, as right now, pandemics.

Over 300,000 dead—possibly many more not reported or accounted for, with corpses floating down rivers or buried in the shallow riverbanks, unmarked and unattended. When human tragedy unfolds on a scale so massive and devastating, it becomes almost incomprehensible. We are at a loss to name it, let alone come to terms with it. Especially, as in our current situation, when a pandemic of disease, death, devastation—a grisly trinity stalks the land.

What of the living? Loss of lives is accompanied with loss of livelihoods and wages. Numb with pain and grief, hapless and helpless, some feel nothing at all. They retreat into an inconsolable torpor. Others are angry, very disturbed. Their vulnerabilities stoked continuously by mainstream and social media, they internalise alarmingly high levels of stress and anxiety. This is how images of contusion metamorphose and metastasise into collective indignity and humiliation.

Unfortunately, there is a market for such ghastly imagery. And there are those, let us call them catastrophe queens and Cassandras of calamity, who will promote their own interest and profit during troubled times. Fetishisation and fictionalisation of adversity is their special line of expertise even if their stock-in-trade is supposedly reportage or opinion. These masters of misfortune and dukes of disaster are also amongst our own—authors, journalists, celebrities and politicians.

The flesh is weak and the mind fickle, especially in troubled times. It easily yields to rage, despair, hatred. Mainstreaming of horror creates a worldwide cognitive disruption, with forebodings of confusion, chaos, bereavement, loss, nothingness. Witnessing, which might have cleansed or freed us, now turns into festering fantasising, more lurid and shocking.

Worse, there is a positive thrill, even pleasure, in disfigurement and disorder.

Our structures of tolerance, even compassion, are stretched. We become maddened or enfeebled by sorrow, suffering or helplessness. Powerless and vulnerable, unable to help ourselves or others, we sometimes turn into bitter and vengeful fiends, bent upon inflicting pain on others. Anything to deflect from our own unbearable trauma.

Horrorism and Healing: One of the characteristics of our world, especially as highlighted and promoted through various modes and methods of representation, is the attraction, even addiction, to the extreme. One might call it “Horrorism”, after Italian feminist-philosopher, Adriana Cavarero. The extreme, when we compulsively consume it, is only another form of supererogatory, which is one of the defining features of the modern world.

An obsession with the morbid, the gruesome, the ghoulish has become so totemised in Western popular culture that there are genres devoted exclusively to them. Extreme vulnerability also produces victims and victors. The former, harbouring the sense of being perpetually wronged, are eternally angry. They look to blame someone—anyone—for their helplessness and suffering.

As to 21st century anti-imperialism, we have all but forgotten the spectres of Marx, Lenin, Stalin, Mao or Ho Chi Minh. Indeed, our somewhat timid and tepid Fabian socialist, Jawaharlal Nehru, has also been all but consigned to oblivion. The bygone apparitions of revolution are now just feeble flickers, publicity poster boys. The new propaganda potentate and PSYOPs monster is much closer to us, just across the Galwan or Doklam borders. All imperial power and authority are subsumed into its super-dissimulations and grandiose misinformation machines.

Isn’t it time to recall the ones who didn’t fit in, whether they be the Mahakavi of the last century, “Gurudev” Rabindranath Tagore, the cancelled “Mahatma” Mohandas, or, for that matter, the visionary of the Supramental, Sri Aurobindo, whose 150th anniversary coincides with India@75?

India wasn’t culturally primed for class conflict and bloody revolutions. Nor are we fit to copy neighbourhood autocrats with our own personality cults of larger-than-life political messiahs. With alternate sources of spiritual and social transformation, can we rest content calling out the politics of representation of those who caricature or condemn us? Can we stop at labelling their acts of bad faith as betrayals in the unfolding human tragedy all around us on such a massive scale?

It is time to turn away from animosity and anger, from name-calling and blame-mongering to more life-sustaining narratives.

Human flourishing is possible in the most unlikely, even adversarial of circumstances. It is that which we should strive to effectuate.

That is the true meaning of sadhana, the sum and substance of affirming our humanity in hard times.