Ode to Lysol and limericks 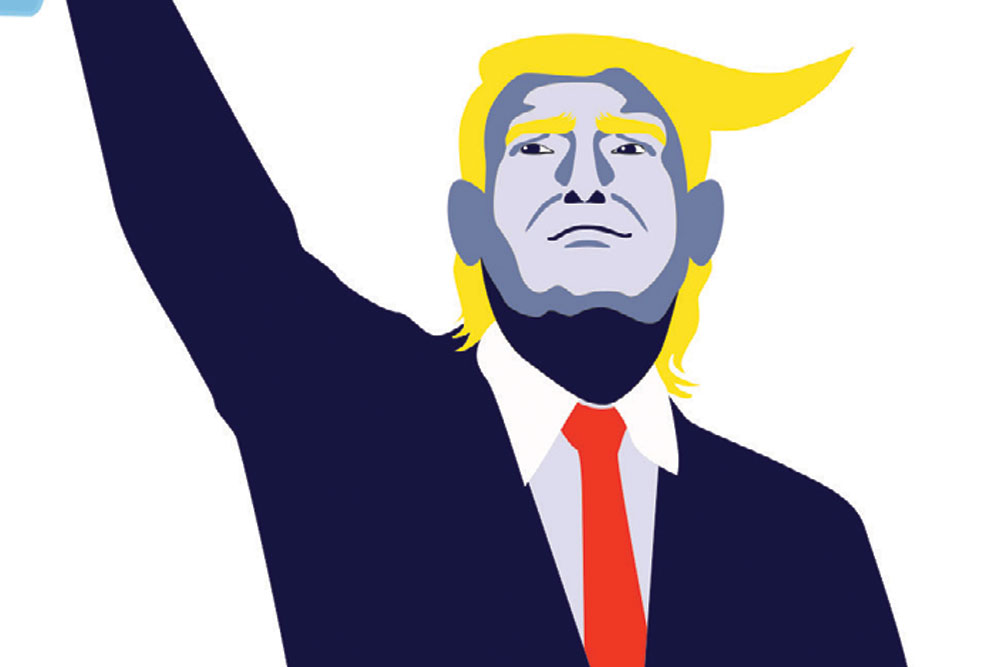 I was strict with hygiene, even drank Listerine
I felt soiled by family members too.
My mind was melancholic and my hands alcoholic
Even soap would just not do.

Then from above came a call
Go inject Lysol
Like an addict I searched Amazon
I ordered fine needles for pricks
In packets of six
Before long they were used and gone.

I trusted that voice,
Anyway, I had no choice
Hoping a remedy was now at hand
Too many had died,
But he prophesied
He knew exactly the cure and the brand.

Don’t think like docs,
Unshackle those locks
In your hands is the cure, pure and sure.
It’s nothing exotic,
No lab will stock it
But it is there in all Mom ‘n’ Pop stores.

If a Lysol drop
Makes for a lethal house mop
You can bet it’ll zap Covid-19.
And before you know it
And I promise to show it
Your “old normal” will be back on the screen.

I may look on edge,
I may seem dense
But I see a glow in Trump and Pence.
They don’t fudge knowledge
Like those kids from college
And journos from CNN.

I readied the needle
I lay on my couch
This job was serious and no time to slouch.
I pierced my skin
Pumped Lysol in.
The relief was quick, as was the prick
And I could feel the wellness begin.

Now I drift hither and thither,
Floating on ether
Can’t track anybody I know
I turned every stone,
I was seriously alone
With nary a friend or foe.

I see Earth from afar,
Like another planet or star.
Not missing the stalls or the malls.
Because I was brave
I have been happily saved
By nourishing cans of Lysol.

Today Dipankar was trembling with excitement
He was stepping out to dump garbage from his basement
He had just this one shot
To look chic, smart and hot
Before the lockdown put him back in his apartment.

Hegel said Marx was up to his tricks
Stuffing folks with his silly dialectics
As proof he claimed
That Marx be blamed
For making “Synthesis” look like synthetics.

When Hegel and Marx met Lenin
The heavens hadn’t heard such a din
Big words flew like blows
Their meaning? No one knows.
Even God was left scratching his chin

Hegel said, “Karl, I’ll have you know,
I never thought you could fall so low.
For me, it’s the Spirit
Developing on its merit
But you let Workers take over the show.”

“Citizenship” was strolling in the park
And didn’t notice it had become dark
As he rounded a bush
“Multiculturalism” gave him a push
And took his bite away from his bark.

Scientists’ Brag:
You were happy with caste, class and race
But Covid knows neither status nor place.
It randomly roams
Invading all homes
Leaving sociologists with a disjointed face.

Sociologists’ Response:
When Covid-19 ravaged country and town
Papers were written by scientists renown
But they overlooked its attacks
On poor, Hispanics and Blacks
Which is why you need sociologists around.

I wish I were a scholar renowned
Easily keeping ear to the ground.
But as I have this natural flair
Of keeping my nose in the air
This exercise gets anatomically unsound

I gazed out of my window, missing my walks.
Envied a little birdie, rustling the stalks.
As if reading my thought
She said, “Quarantine or not,
I maintain social distance from Hawks.”

Dipankar Gupta
Dipankar Gupta is a sociologist. He is the author of, among other titles, Q.E.D.: India Tests Social Theory and Checkpoint Sociology: A Cultural Reading of Policies and Politics

Is Liberalism Only for the Good Times?