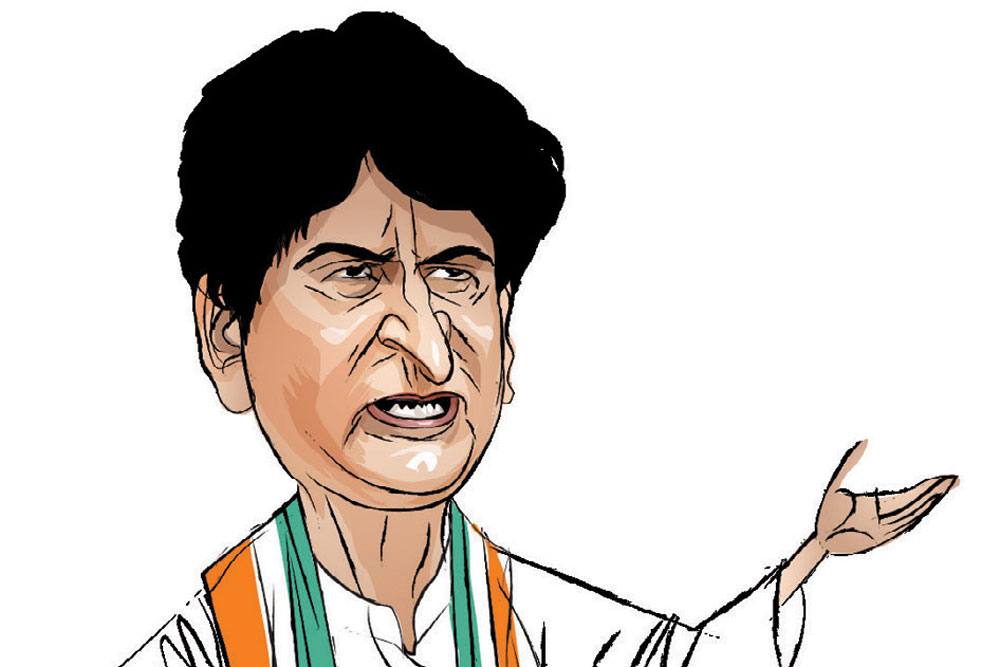 
In Uttar Pradesh, Congress is witnessing major dissent over the selection of candidates. It has rankled Rahul Gandhi, and now Priyanka Gandhi is reaching out to the aggrieved leaders. She is personally probing the matter and talking to all local leaders, such as Vivek Bansal, on the sore point of the issue—the ‘warped’ screening committee. So, it is learnt that Priyanka is looking at the formation of a new screening committee now.

When Russian President Vladimir Putin was given a banquet in Delhi recently, he was treated to a lavish vegetarian fare, including caviar made of black carrots. And Putin, it is learnt, lapped it up. He even wanted to know the recipe of the dish which was conjured up by Indian cooks with the help of a Russian chef. Similarly, when Chinese President Xi Jinping visited the Sabarmati Ashram in Ahmedabad in 2014, he too was served vegetarian fare. But he was not too enthused about it. So, when Xi visited Kerala in 2019, the Ministry of External Affairs ensured the president was served authentic Chinese cuisine.

POLITICS AT DELHI’S Gymkhana Club is getting ugly. As the Government-appointed administrator OP Pathak uses every opportunity to make his presence felt, he has thrown open the club premises for debates, cultural festivals and now, even a Davis Cup tournament. All this with free lunches thrown in, which later will be billed to club members. He uses every communication, from the Club Life magazine to circulars, to announce the Davis Cup tournament, further imposing his writ. What helps his case is that the members are not putting up a united front against his excesses. Take the case of former President Vijay Chibber, who has assumed the self-appointed role of a glorified aide to the administrator. His alleged motives have been called out by other members. They have written to him asking whether the one reason he is trying to please the administrator is that he wants Pathak to intervene in a suspension case pending against him in the Delhi High Court. Reportedly, a reason why the club is in such a state is because Chibber and his cronies ratted it out to the Serious Fraud Investigation Office (SFIO), forcing the Ministry of Corporate Affairs to intervene. 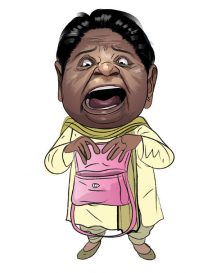 Bahujan Samaj Party (BSP) supremo Mayawati recently said her party was facing a financial crisis. She mentioned that she heralded a party of the poor, and was in no position to compete with BJP or Congress, which continue to hold massive rallies. BSP, on the other hand, is unable to afford them. In 2017, however, when the UP Assembly election was held following demonetisation, BSP came a cropper. Then, too, it didn’t launch a frontal attack on any of the national parties. So, is Mayawati’s confession an admission of defeat even before the first ballot has been cast in UP 2022?

SAMAJWADI PARTY (SP) LEADER Akhilesh Yadav and Jat leader Jayant Singh have made an alliance for the UP Assembly polls. But their relationship seems to have hit a rough patch. The son of Ajit Singh and grandson of former Prime Minister Charan Singh, Jayant believes he has influence in western UP. So, he asked for more seats and wanted 38 candidates, but SP is ready to part with only 25. Though the stalemate continues, both camps hope it will be resolved soon.

IT SEEMS THE Pakistan army is now in favour of peace with India. While they are opening heritage Hindu temples for pilgrims in the country, Prime Minister Imran Khan casually invited India for the SAARC summit in Islamabad. On New Year’s Eve, too, the two armies exchanged pleasantries and cakes. Perhaps, there will be
real dialogue after the UP polls.

IT IS WELL KNOWN that the West Bengal governor and the state government are at loggerheads. The West Bengal speaker has, in fact, written a strong letter on the role of the governor to the president of India. However, when Trinamool Congress proposed a gherao of the governor’s house (Raj Bhavan) to state Chief Minister Mamata Banerjee, she refused and categorically stated that her party would not resort to anything that was unconstitutional. For Banerjee, dialogue is the only way out.

Karnataka Chief Minister Basavaraj Bommai seems to be in a spot. After he became chief minister last year, BJP was defeated in almost every bypoll in the state. Even in his own constituency, BJP could not win the by-election. In a state council election, too, Congress snatched the seat from BJP. So, many state leaders are now lobbying in Delhi to replace Bommai. Though there seem to be several candidates in the fray, the question is whether the BJP leadership is ready to change the chief minister again.

OUTSIDE THE WALLS of Parliament, there is a certain BJP-TMC bonhomie on display. Just as Union Minister of State for Labour & Employment and Petroleum and Natural Gas Rameswar Teli insisted aggressive Trinamool Congress Member of Parliament (MP) Dola Sen should speak at a book release function on beedi workers. Teli’s gesture was significant as Sen is among the 12 opposition MPs suspended from Parliament.

FORMER RAJASTHAN BJP state chief Ashok Parnami recently visited Delhi and met Home Minister Amit Shah. We hear that Parnami was extremely satisfied with the meeting. After all, he was the aide of former Rajasthan Chief Minister Vasundhara Raje and her relationship with BJP’s central leadership is far from amicable—so much so, there are rumours she may float her own party. But Parnami’s meeting with Shah has set tongues wagging as to whether he came to surrender or met the home minister for a truce.