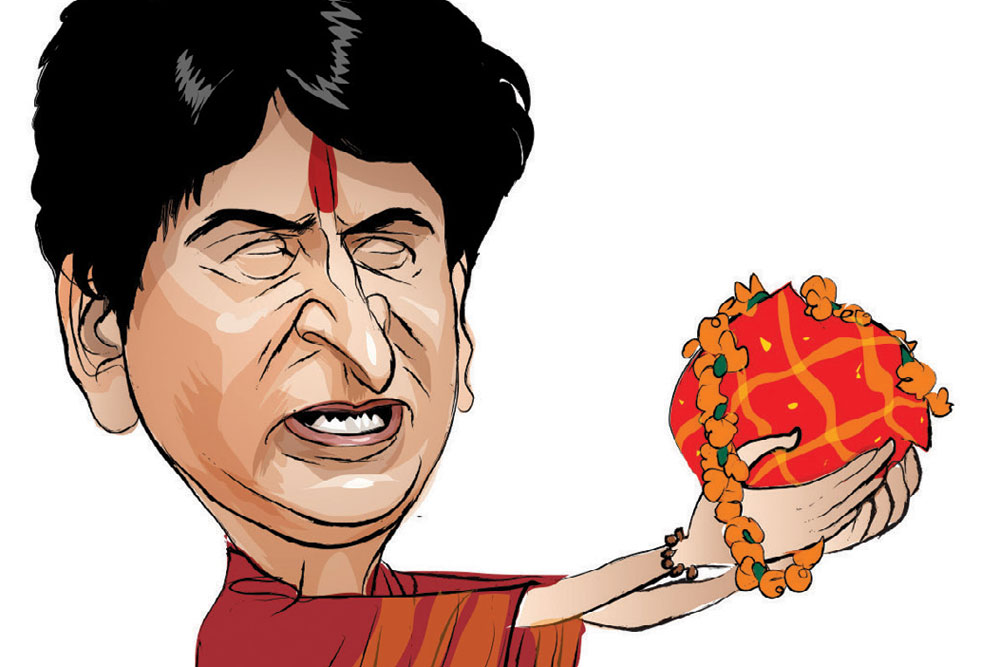 
Politics may be riddled with animosity, but there’s always scope for friendship. Congress leader Priyanka Gandhi Vadra recently showed up at the Kumbh Mela in Prayagraj for a holy dip (shahi snan) on Mauni Amavasya day. Afterwards, she wanted to visit the Mankameshwar temple and the ashram of Shankaracharya Swami Swaroopanand Saraswati. But since the temple falls under the Army Cantonment zone, the public is barred. It prompted Congress leader Pramod Tiwari to request Defence Minister Rajnath Singh for permission that was granted, it is believed, after Singh got the go-ahead from Prime Minister Narendra Modi.

Congress leader Sachin Pilot is getting restless again and may go the YS Jaganmohan Reddy way in Rajasthan. When Rahul Gandhi was touring Rajasthan recently, Pilot was made to leave the dais. He had been counting on Priyanka Gandhi Vadra to intervene, but after Ahmed Patel’s death, he has only encountered more friction with Chief Minister Ashok Gehlot. Though the Assembly bypolls will be held in March, the names of the sons of the chief minister and Speaker CP Joshi are doing the rounds. In the 2019 Lok Sabha elections, Gehlot’s son Vaibhav was trounced by Gajendra Singh Shekhawat in Jodhpur. This time, Vaibhav has zeroed in on the Rajsamand seat, while Joshi’s son Himanshu will contest from Bhilwara. Since Pilot is not in the loop, he is upset. Sonia Gandhi sent Congress General Secretary Ajay Maken recently to Jaipur to meet Pilot and Gehlot separately to reach a solution.

Rajasthan royal Diya Kumari joined BJP a while ago. She became an MLA, but now the Gujarat government has made her part of a seven-member committee for a national museum of all royal families. This museum will be built in Kevadia, Gujarat, near the statue of Sardar Patel. Diya Kumari thanked Gujarat Chief Minister Vijay Rupani for the nomination, though the buzz is that another royal and BJP leader Vasundhara Raje is not too happy with the move. She was absent from the party’s state meeting and said that her daughter-in-law was in hospital. But it’s been learnt that she attended the next meeting.

Rahul Gandhi visited Puducherry twice of late, but could not save the Congress government there. While in Puducherry, he sought to visit Chennai to meet Dravida Munnetra Kazhagam (DMK) President MK Stalin but the latter said he would not be there. It set tongues wagging. Why? It is believed that Rahul wants 50 of 234 seats in the upcoming Tamil Nadu Assembly election, but Stalin is not ready to oblige. At another level, DMK has already communicated to Congress that it can spare 30-odd seats since the party has to make room for its remaining allies—Left parties, MDMK, IUML and others. It has got Congress in a bind.

When Pranab Mukherjee was finance minister, he held pre-Budget interactions with senior editors at North Block, much like industry body interactions back then. That practice may have been discontinued, but the post-Budget dinner for journalists seems to usher in a new beginning. After lockdown, this was perhaps the first media dinner party thrown by Finance Minister Nirmala Sitharaman, and took place at a famous five-star hotel. All officials were present though none gave any exclusive story. They were busy giving clarifications and interpretations of the Budget speech.

The Battle for Punjab

In Punjab, Navjot Singh Sidhu left the cabinet of Amarinder Singh in 2019 and virtually announced his political retirement. But in politics, there is no retirement. On the farmers’ protests, Sidhu has now become proactive, in support. Interim Congress President Sonia Gandhi, too, found him popular on social media. She advised Singh to make a truce as he can be useful before elections next year. So, the two met recently. Result: Sidhu now does not want to join the cabinet under Singh, but prefers being the state Congress president. However, after the recent victory in municipal elections, Singh has become more powerful and is not ready to accept Sidhu as party president. The battle continues.

Prime Minister Narendra Modi is seriously learning Bengali and is believed to have worked on his accent too. Trinamool Congress has been criticising Modi’s Bengali pronunciation, as West Bengal Chief Minister Mamata Banerjee recently remarked that the prime minister reads through teleprompters. But far from reacting, Modi has delved deep into the state’s language and culture. Maybe, language is now emerging as a major poll plank.

Home Minister Amit Shah wants BJP to have a majority in Rajya Sabha and the party is gradually gaining strength in the Upper House. In Gujarat, BJP has bagged two seats that had fallen vacant following the deaths of sitting MPs—Ahmed Patel of Congress and Abhay Bharadwaj of BJP. With this, BJP’s tally in the Upper House has inched up to 95 of 245 seats. 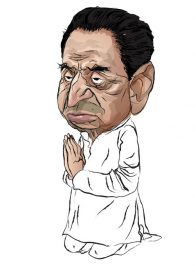 Former Madhya Pradesh Chief Minister Kamal Nath and a few other Congress leaders had a narrow escape after an elevator at a private hospital in Indore, which they were taking, malfunctioned and dropped a few feet from the ground floor. Stuck in the elevator for 20-odd minutes, all leaders were later rescued. But Nath, a Hanuman bhakt, tweeted that Sankat Mochan (Hanuman) saved his life. Madhya Pradesh Chief Minister Shivraj Singh Chouhan not only wished Nath a long life but also dropped by for a visit, much before BJP leader Jyotiraditya Scindia could make it.

After a long wait, the daughter of former Prime Minister PV Narasimha Rao, Surabhi Vani Devi, is finally in politics. Telangana Chief Minister K Chandrashekar Rao has nominated her as a candidate to the legislative council, for which elections will be held on March 14th. The Chief Minister told his party, the Telangana Rashtra Samithi, that he wanted to pay homage to Narasimha Rao through this nomination. The Congress never remembered the family.