The Last Sigh of the Absolute Lover

An ageing memoirist returns to the saddest of love stories in The Only Story, the new novel by Julian Barnes 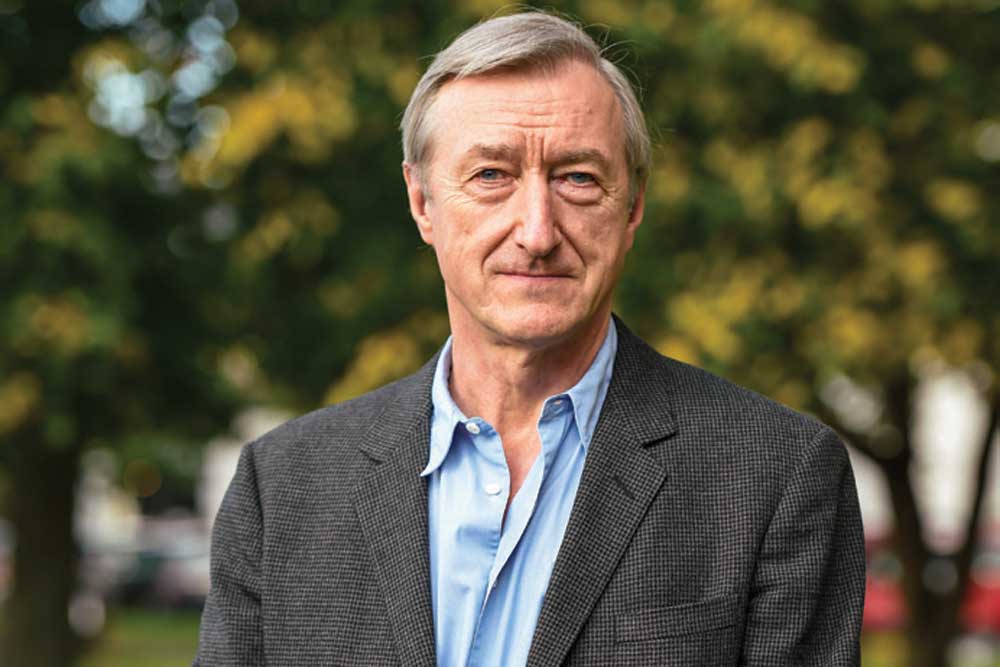 I READ The Only Story by Julian Barnes at a time when the balance of sexual power is determined by a hashtag, when a liberation movement updates the lines of Philip Larkin:

Sexual intercourse began
In nineteen sixty-three
(which was rather late for me) –
Between the end of the Chatterley ban
And the Beatles’ first LP.

Barnes begins with a question that doesn’t necessarily predate sex, bad, sad, or worse: ‘Would you rather love the more, and suffer the more; or love the less, and suffer the less?’ Which, the narrator thinks, is the only question. It originates in the English suburbia, where Paul, just nineteen, meets Susan Macleod, twenty years older, on a tennis court. Where your average Hugos and Carolines play the game to known perfection, and where your ‘general deportment and social suitability would be quietly examined in a decorous English way’. And where, in that fate-shifting moment, he partners with Susan in the doubles. She is not a Caroline; and he won’t become a Hugo.

Their love story is The Only Story, and its evolution from the romantic to the tragic covers the distance of truth—for being in love, as Paul reminiscences, is living in truth. It is not Lolita in reverse when they take their relationship from the tennis court to the Macleods’ household to the city (thanks to her runaway fund) to the realm where memory is the only mark of your love, which you believe is an absolute.

In the first phase, Paul is the intrusive lover, the idyll breaker. The era perhaps allowed it: ‘And those years happened to coincide with what the newspapers liked to call the Sexual Revolution: a time of omni-fucking—or so we were led to believe—of instant pleasures, and loose, guilt-free liaisons, when deep lust and emotional lightness became the order of the day. So you could say that my relationship with Susan proved as offensive to the new norms as to the old ones.’ For Mr Macleod, Paul is the fancy boy, worthy of constant humiliation, and, insufferably, an unsolicited reminder of his own wretchedness. The lovers run away.

In the second phase, you realise that love is a permanent struggle, even if you remain a believer. Paul has not yet understood his lover fully: ‘She is strong enough to love you, strong enough to run off with you, but not strong enough to enter a court of law and give evidence against her husband about the decades of sexless tyranny, alcoholism and physical attack. She will not be able—even via her solicitor—to ask the dentist to describe her injuries. She cannot attest in public what she is able to admit in private.’ Soon, she will be entering another world, inaccessible to him, and, when she teases him from the depths of alcoholism, he comes to accept that love as an idea is more comforting than love as an act of truth.

In the third phase, even love’s absolutist comes to a dead end, far from a ‘movie-maker’s bromide’. The once-upon-a-time Susan in her green-piped tennis dress has travelled a long distance to meet him in a void. The memoirist doesn’t shed tears, he has the consolation of being a survivor. He still remembers a commentator’s remark on the daredevilry of the Formula One driver Max Verstappen: “They say your risk profile doesn’t stabilise until you’re about twenty-five.” Is it really a consolation for the absolute lover?

The ageing, philosophising memoirist is a familiar figure in fiction. In the late works of Philip Roth and Paul Auster, the conversation is mostly with death. On the other side of the Atlantic, Barnes has become the soliloquising storyteller-in- chief, deciphering life’s farthest palimpsest. He has come a long way from the form-stretching showmanship of A History of the World in 10 1/2 Chapters. In The Noise of Time, his last novel, the Russian composer of the Stalinist era, Shostakovich, was the survivor in a complex battle between life and art. In The Only Story, you survive the saddest of love stories only to realise that memory doesn’t redeem. It’s perhaps the longest sigh in fiction.