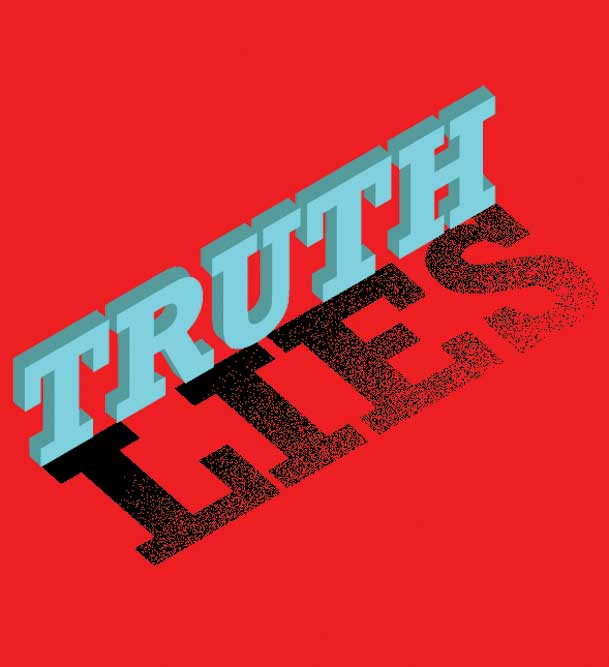 POST-TRUTH? I thought we should be talking about post-politics. At a time when the ruins of politics-as-we-know accumulate in the holy lands of democracy, definitions need a reappraisal. Maybe politics died the moment its oldest cliché was given a fresh lease of life by the insurgents who came from the grey zones of discontent— and ‘change’ looked ominous. Maybe it died when the professional politician, cosier in his inherited certainties, became the least trusted item in the market. In the late 60s, Karl Hess, an American commentator, wrote: ‘Power and authority, as substitute for performance and rational thought, are the spectres that haunt the world today. They are the ghosts of awed and superstitious yesterdays.’ His obituary of politics appeared when Western liberal democracy was pitted against Soviet communism, and the world was not yet sure who was actually winning the Cold War. There were any number of ‘intellectuals’ then to sing hymns to the liberating socialist model. Hess’ rejoinder was the impatience of a libertarian. It was the widening distance between power and performance that he was raging against. It was a fringe rebel’s ‘no’ to politics as it was practised in America.

In retrospect, politics did not die then, though it was a time when being rebellious in free societies was glorious. Perhaps only politics was moribund. The cultural zeitgeist was captured in Philip Larkin’s laconic lines:

Sexual intercourse began
In nineteen sixty-three
(which was rather late for me) –
Between the end of the Chatterley ban
And the Beatles’ first LP.

In politics, power was personified by leaders who played out a larger historical drama. Ideologies did not die in the embers of World War II. In its aftermath, the war of ideologies became intense, and it set the stage for leaders larger than their national mandates to converse with history. And those who dared would win the argument for freedom. Power for them was a moral awareness. Politics, as the libertarian feared, did not die then. Politics, though, did not, or refused to, keep pace with the anti-power instincts of cultural freedom.

Politics died only very recently. The death brings out the paradoxes of freedom in a post-ideology world. The old Left lost not only its argument, but its constituency too. The Right continued to move away from its Conservative ideals, leaving the space for nativists steeped in nostalgia, which is perhaps the most potent ingredient of the new politics. Politics died not because the world began to look more and more Weimar. It died because parties got calcified, and there were no ideas in their armoury to reach out where slogans didn’t. Ideologies failed the underclass, and nobler ideas of a common destiny failed them further. It was a failure of the establishment politician. The new nationalist, either from the farthest left of the Left or the farthest right of the Right, made the establishmentarian redundant. It was only a question of time—or Trump—for rumours about the demise of politics to be confirmed.

The newest buzz word, post-truth, is the inevitable progeny of post-politics. In the last century, when communism paved the way for a heaven on wretched earth, and when ideology prevailed over the wayward conscience of the working and thinking classes (both needed the guidance of the Lofty Ruler), we did not call it post-truth. We called it a lie— as simple as that. Then, too, facts were welfare-threatening inventions of a deviant minority, a manifestation of corrosive elitism. Today, in the post-truth etymology by Oxford Dictionaries, it is emotion, not facts, that rules. And it is the emotionalism of the new ‘freedom fighters’ that spawns ‘fake news’. Any emotionalist revolutionary can today turn his Facebook page or Twitter account into his private Pravda. The propagandist of the communist vintage has travelled a long way in history to reach the newly liberated Trumpland. The Lie has been a weapon of choice for sorcerers of the mass mind in democracies as well as totalitarian societies.

Post-truth, in its power and influence, in all its dystopian possibilities, has not become more complex than what Orwell had imagined. It is a fantasy seller’s manipulation of the politics of hope. It has always been. Truth died when the commissar promised happiness— and asked them to shut up. In the post-truth, post-politics world, the nativist-nationalist too promises happiness—all in the name of a glorious yesterday.