Spending borrowed money on unproductive projects is a curse 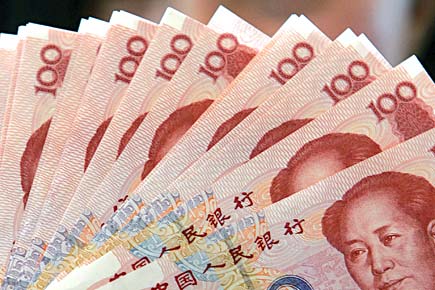 “Neither a borrower nor a lender be; for loan oft loses both itself and friend,” warned Shakespeare many years ago, but nations make it a habit of borrowing and often living beyond their means. Sri Lanka, a fairly prosperous and successful nation, developed the art of borrowing from Peter to pay Paul for years and appeared to be doing well. Colombo was the paradise for Indian shoppers for foreign goods long before India liberalised its own economy. It became a consumer state which paid for its ship-to-mouth existence from tourism and tea. Even the long conflict and war did not break the back of the country as Chinese largesse poured in to build infrastructure much beyond their needs. Each succeeding government borrowed more and more in the expectation that it will be for their successors to repay the debt.

The debt spiral has finally caught up with the Gotabaya government, driving the population to desperation on account of the debt service burden which was 96 per cent of the GDP in 2019 and 119 per cent of the GDP in 2021. The projection is that the public debt will remain 64.2 per cent of the GDP till the year 2026. Prices of essential imported commodities have risen to unprecedented levels and there is a trickling of economic refugees to India. Sri Lanka has no choice except to reduce imports, adopt a tighter monetary policy and build foreign exchange reserves. But instead of counting dollars in his hands, President Gotabaya is counting days for a possible dissolution of Parliament, now that the deadline of March 20 for dissolution is over. The election is expected to provide a commercial break like in a TV show to distract the public.

Normally, countries in such dire straits resort to loans from international financial institutions like the IMF and World Bank. But with Sri Lanka’s record of dynastic rule, poor governance, and corruption, President Gotabaya was not very keen to go to these institutions, which have tough conditionalities. The choice, therefore, for him was to go to friendly countries like China and India, which have chipped in. But since the country is in a deep financial crisis, he went to the IMF also for consultations.

In its report on the consultations issued on February 25, the IMF identified the possible reasons for the present situation—the severe pandemic that hit the island, vulnerability to external shocks and high risks to public debt sustainability, the Easter Sunday terrorist attacks in 2019, policy changes including tax cuts in 2019, contraction of the GDP by 36 per cent due to loss of tourism, loss of access to international sovereign bonds market and the alarming deficits amounting to 10 per cent of GDP. It did not mention the long Civil War, which resulted not only in financial loss but also in the loss of significant Tamil intellectuals and civil servants. The IMF recommended a tighter monetary policy, the building of international reserves, and prudent management of infrastructure facilities like the Colombo Port. Since none of these is easy to accomplish, no amount of possible assistance is going to rescue Sri Lanka from its tight spot.

To restore macroeconomic stability and debt sustainability, IMF has recommended the implementation of a credible and coherent strategy covering both the near and medium-term, a comprehensive set of policies with specific measures such as substantial revenue-based fiscal consolidation, fuel pricing policy, controlling inflation, restoring a market-oriented and flexible exchange rate, development of social safety mechanisms and other tough measures. While the IMF has complimented Sri Lanka on measures taken during the pandemic, it has predicted a bleak economic outlook in the short and medium-term.

China is reportedly considering a Sri Lankan request for a $2.5 billion credit to overcome the present crisis. The Chinese ambassador to Sri Lanka confirmed that China is considering a $1 billion loan and a $1.5 billion credit line to purchase goods from China, both of which would be new lines of financing. He provided no details on when an agreement would be finalised, and in what form. China’s Belt and Road Initiative (BRI) has already got Sri Lanka in a debt trap, leading to the Hambantota port being leased out to China for 99 years against $1.2 billion. In the absence of any assurance from China, Sri Lanka seems to be reassessing the extent to which it can bank on China. It is no secret that China’s agenda is to subjugate Sri Lanka economically.

India, on the other hand, has extended a $1 billion credit facility to Sri Lanka to assist the island nation to enable it to procure food, medicines, and other essential items. ‘Neighbourhood first. India stands with Sri Lanka. US$1 billion credit line signed for the supply of essential commodities. A key element of the package of support extended by India’ tweeted the External Affairs Minister. So far, India has extended $1.4 billion support to Sri Lanka, through a $400 million RBI currency swap, deferral of a $0.5 billion loan, and another half-a-billion dollar as a line of credit for the country to sustain its essential fuel imports. A leading expert on Sri Lanka in India of the Observer Research Foundation believes that Sri Lanka now has become more confident about India than China.

The successive Sri Lankan governments have been generally socialist in their approach, and their projects are aimed at pleasing the public. These governments have a tendency to undertake populist measures with borrowed money, which do not produce sufficient income even to repay the loans. Money is available in plenty, but unless they are invested in viable projects with adequate returns for paying the interest as well as the principal, the consequences will be disastrous. The present controversy in Kerala on the government’s pet project of building a superfast rail service revolves around this obsession. There has been resistance to the project not only from the opposition, but also from the public on considerations of losing land, and environmental degradation. The resistance movement has only hardened the position of the government, but unlike Sri Lanka, Kerala has supervisory authority in the Union government, which keeps an eye on the debt burden of the state. But the Sri Lankan experience of spending borrowed money on unproductive projects beyond its means and running the risk of endangering people’s lives should be a lesson to learn from Lanka.