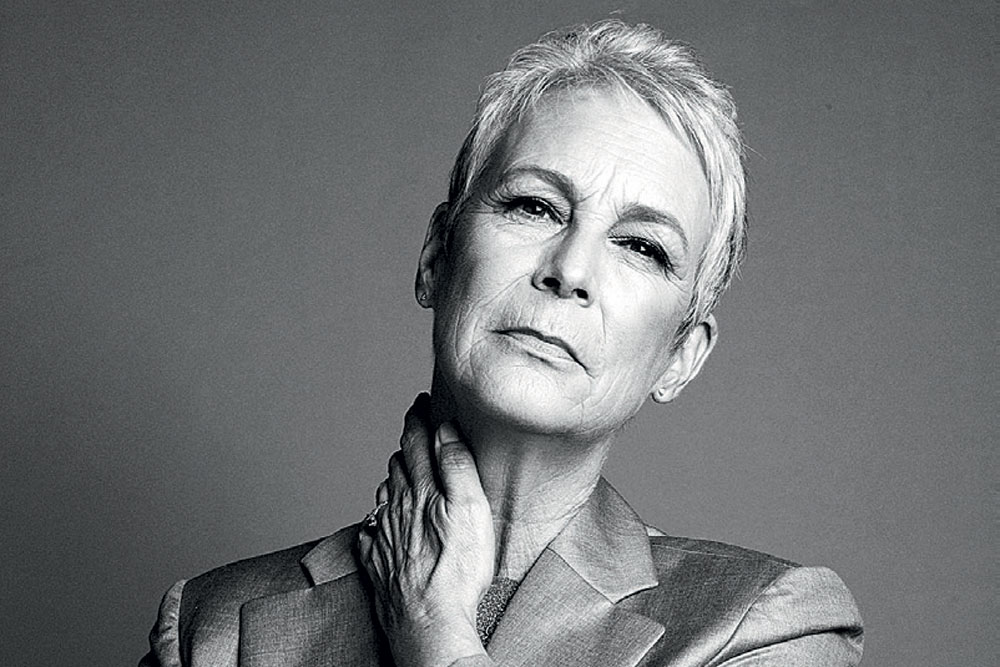 
JAMIE LEE CURTIS was born into a showbusiness family. Her mother was actor Janet Leigh, and her father, actor Tony Curtis. She started her showbusiness career when she was in her teens and came to the public’s attention when she starred in horror films. She was dubbed ‘Scream Queen’. After working in other genres, she has now moved on to television. Her latest endeavour is Knives Out, which came out last year. She plays a successful businesswoman who is a suspect in the death of her father, a very rich and acclaimed crime novelist, from which she stands to gain immensely. But then everyone in her dysfunctional family is a suspect.

Talking about family, you were brought up in a showbusiness household. What was the dynamic like?

My parents were divorced and I didn’t know any of my extended family. My parents kind of forgot their past, because they literally changed their names and who they were; on some level, that demarcation line between Janet Leigh and Jeanette Helen Morrison, Bernard Schwartz and Tony Curtis kind of cleaved off their earlier family lives, with almost no attachment back to it. So I was not raised with a lot of aunts, cousins and uncles. So, unlike this show, it was never messy the way families are. And I’ve raised two children and people are messy; human beings are messy as human beings. And so, I did not have that dynamic. And I married the quietest man ever born, and I am not that quiet. The memory I have of my family get-together is that it ended in a bad scene, it involved warring parents.

In families that are torn apart and there are several children from several marriages, how does inheritance work? How did it work for you?

Tony Curtis disinherited his five children. So, the miracle of course is that I’ve been working since I was 19 years old and I had a career of my own regardless of any inheritance from either one of my parents. But that is not necessarily the same for everyone in my family. And that has a lot to do with marriages, and there are 11 marriages in my family of three, between my mother, my father and stepfather. Tony five, Janet four, that’s nine, Bob four. That’s 12 marriages among the immediate family of mine. And a lot of money issues in families come down to marriages, the next wife resenting the first wife and the first children. It’s one thing to say to people, ‘By the way, you’re not getting anything, when I’m gone, I’m going to give it to charity, God bless you.’ But there’s an assumption that there would be some sort of support for the kids. So, that is a reality that I have lived with. I remember what the will said—it’s amazing what you remember—it said, ‘I acknowledge the existence of my daughter Jamie Curtis and intentionally and with full knowledge leave her nothing.’ Now, that sounds brutal. That’s what it had to say because it’s legalese. But if you are a child, that is a hurtful thing. But I think what happens in many cases when there are subsequent spouses, those circumstances get in the way of the original intent, which is kindness and generosity toward one’s children. That is the reality, we are not the only ones and we wouldn’t be the last. When you get a divorce in California, half of your wealth goes to your spouse; well, he got married five times, so, that’s a lot of splitting of half of your wealth and I think that breeds a lot of resentment and I can totally understand that as an adult.

What advice did your father give you?

I didn’t grow up with him, I barely knew him, but he did say to me once, ‘Never let them shoot you with anything less than a 50.’ That is the only sort of big advice he gave me.