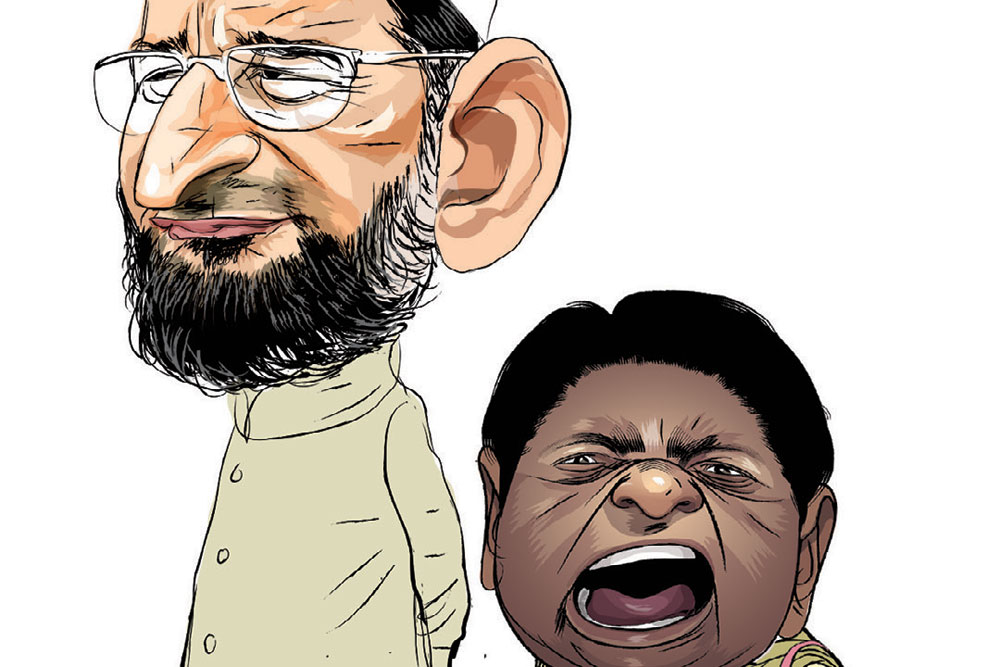 
For the Uttar Pradesh (UP) election, Bahujan Samaj Party (BSP) leader Mayawati has said there will be no alliance of her party with the All India Majlis-e-Ittehadul Muslimeen (AIMIM). But there are strong rumours of AIMIM’s leader Asaduddin Owaisi being in frequent contact with her. He has already announced his party will contest 100 seats. He is keen on an unofficial seat adjustment with BSP so that, with their Dalit and Muslim vote banks, the possibility of victory for both parties increases. After the election, if needed, they can make a formal alliance. The Bharatiya Janata Party (BJP) thinks such an arrangement will benefit it because Owaisi can take Muslim votes away from the Samajwadi Party, which it considers its main opponent.

On the day the prime minister met Kashmiri leaders, the Union territory’s lieutenant governor, Manoj Sinha, came to Delhi for the meeting. But not many know that very day his son’s marriage ceremony was also held. Only a few relatives were present and a minimum of politicians with whom he shares family connections. It might even have been a secret if not for one politician, who attended, tweeting about it.

When Prime Minister Narendra Modi called a meeting with Kashmiri leaders, the immediate media reaction was that it was a setback for the Government’s hardline policy. The very people they had placed under house arrest for so long were now being invited. But the Kashmir leaders are now realising that there is no change in the stand on the revocation of Article 370. So, they are also now changing their main demand to the holding of Assembly elections in Jammu & Kashmir. At the meeting, there had been no agenda and Home Minister Amit Shah clarified that elections would take place after delimitation. In any case, the Government had always said that statehood would return at the right time.

By 2024, Sharad Pawar, patriarch of Indian politics, will be 83 years old and he does not want to fight the Lok Sabha elections. But in Mumbai and Delhi there is speculation whether he could be a consensus candidate as the next president. Four years ago, he had not been ready to contest when Sonia Gandhi requested him. Then, he had been busy with Maharashtra politics. But he has managed to get his party and allies to power in the state. Narendra Modi also holds him in high regard and even BJP might accept him. But will he be ready this time?

As general secretary, Dattatreya Hosabale is number three on the Rashtriya Swayamsevak Sangh (RSS) hierarchy. He is also very close to Narendra Modi. He was active in overseeing the last UP and Bihar Assembly elections. Now, he is again back in Lucknow with his main job being to ensure coordination. One of those areas could be between Chief Minister Yogi Adityanath and his deputy Keshav Prasad Maurya, who is seen to be trying to oust the former. Maurya was asked to be state party president but did not want to leave the deputy chief minister’s post. Adityanath has also been asked to improve his relationship with other party leaders. Hosabale, given his stature, might ruffle feathers.

Late Pranab Mukherjee’s son Abhijit Mukherjee recently met Abhishek Banerjee, Trinamool Congress leader and nephew of Chief Minister Mamata Banerjee in Kolkata. There is a buzz that he might join Trinamool. On July 21st, there is a massive Trinamool political rally. This year, because of Covid, even if the rally is not held, there may be a smaller event and Mukherjee could formally join on that day. Will he get a ticket to contest the 2024 Lok Sabha election? Trinamool sources say there are no preconditions and that he needs to be in the party for some time before his future is determined.

Although between Rajasthan’s Congress Chief Minister Ashok Gehlot and BJP there remains continuous conflict, he is smart enough to maintain a good relationship with the Centre and Narendra Modi. Gehlot was even ready to provide stones for the Central Vista project in Delhi, which has come in for criticism from his own party. For the Ram Temple construction in Ayodhya, too, stones were sent from Rajasthan. The Centre has allowed conversion of forest land so that mines to excavate the stones could be accessed by the state government.

There is still a vacancy for the treasurer of Congress after Motilal Vora passed away. It is an important position to gather funds for the 2024 General Election. BJP is far ahead at present in that department. It is being said that a new face can take the charge and Rajeev Shukla is a frontrunner. He has a good relationship with big corporate houses. Congress doesn’t have too many people who can draw in funds. The late Ahmed Patel was good as money manager. Kamal Nath is not interested. The old political culture is over and a modern approach is needed for party funding, like what BJP did with electoral bonds. Party leaders are waiting for the All India Congress Committee reshuffle to fill the post.