Vivekananda and the Himalayan connection—Part IV 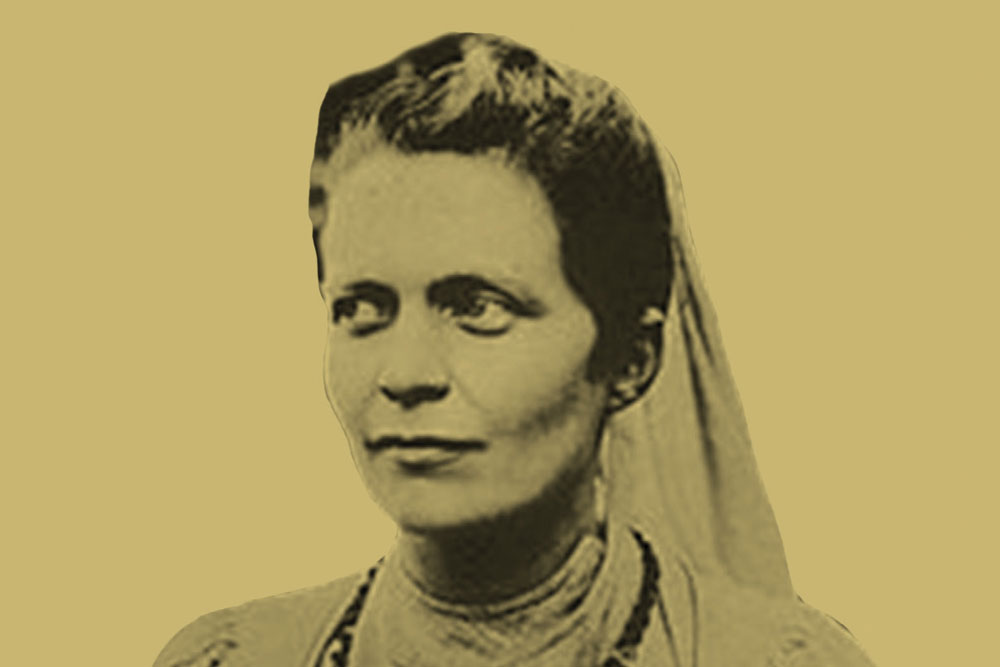 
THE MOST IMPORTANT, at any rate the best recorded, of Swami Vivekananda’s Himalayan experiences occurred in the year 1898. What makes them all the more special is that they occurred mostly in the company of his greatest female disciple, Margaret Noble (1867-1911), better known as Sister Nivedita.

Nivedita means dedicated or consecrated, qualities that she
amply demonstrated in her short life of 44 years, less than five years longer than Vivekananda’s. But in her unmatched service to her master, Vivekananda, and to his ideal of India, she really lived up to her name. So much so, that after she breathed her last at Roy Villa, Darjeeling on October 13th, the epitaph on her memorial, near the railway station, declares, ‘Here lies Sister Nivedita who gave her all to India.’

Margaret, or Margot as she was called, met Vivekananda in 1895. As she herself records in The Master as I Saw Him (London: Longmans, 1910), it was on a ‘cold Sunday afternoon in November… in a Westend drawing room’.  Though quite a sceptic, she realised even in that first meeting that ‘never before’ had it ‘fallen to my lot to meet with a thinker who in one short hour had been able to express all that I had hitherto regarded as highest and best’ (ibid).

She likened it to the ‘feeling that great music wakes in us, grows and deepens with its repetition’ (ibid). Margot interacted with Vivekananda the following year in 1896 when he visited England again. But it was only after she actually came to India in January 1898 that she got to know him better.

When it comes to their Himalayan travels, her posthumous account, Notes of Some Wanderings with the Swami Vivekananda, is more informal, insightful and chatty than The Master as I Saw Him. An authorised but expurgated edition was published by Swami Saradananda from the offices of the Bangla journal Udbodhan in 1913.

THE EXTRAORDINARY HIMALAYAN journey of Vivekananda and his Western disciplines lasted fully five months, from May to October 1898. The entire expedition was hosted by philanthropist Sara Chapman Bull, whom Vivekananda called his ‘American Mother’, rechristened as Dhira Mata (the steady mother).

Sara Bull (née Thorp), also known as Saint Sara, was a significant figure in the Ramakrishna-Vivekananda movement. She met Vivekananda in 1894 when she was 44. Herself a writer and musicologist, she was married to the Norwegian violinist-composer Ole Bull. After her husband’s death in 1880, she turned increasingly to philosophy and spirituality.

It was she who introduced Vivekananda to William James, the famous Harvard professor and brother of Henry James. She left her entire estate of $500,000 to the Vedanta Society when she died in 1911. The will was challenged by her daughter on grounds of her mother’s being unduly influenced by a Hindu cult and thus not in her proper senses. The daughter won, but the day the verdict was to be announced, she herself died.

The other notable member of the group was Josephine MacLeod (1858-1949), a prominent American devotee and friend of Vivekananda. She met Swamiji in New York on January 29th, 1895, which she came to consider her ‘spiritual birthday’. As she recalled that lifechanging moment, ‘It is the Truth that I saw in Swamiji that has set me free; it was to set me free that Swamiji came’.

Not taking vows of renunciation but remaining unmarried, Josephine became a strong supporter of the Ramakrishna Vivekananda movement. Vivekananda called her ‘Joe’, ‘Tantine’, ‘Jo Jo’ and ‘Jaya,’ which is how she is referred to in Nivedita’s Wanderings. Udbodhan was started with her initial donation of $800.


Though quite a sceptic, Nivedita realised even in her first meeting with Vivekananda that ‘never before’ had it ‘fallen to my lot to meet with a thinker who in one short hour had been able to express all that I had hitherto regarded as highest and best’

On May 11th, the group set off from Calcutta in the torrid plains reaching Nainital four days later. There, Nivedita met some dancing girls of the Maharaja of Tehri at the Naina Devi temple. While the Europeans took them for ‘respectable ladies’ there was a storm in the town at Vivekananda’s not turning away the ‘nautch girls’.

That made Vivekananda recall his experience with the courtesan in the court of the Maharaja of Khetri in Rajasthan: ‘He had been angry at the invitation to see her, but being prevailed upon to come, she sang: O Lord, look not upon my evil qualities!/ Thy name, O Lord, is Same-Sightedness./ Make us both the same Brahman!’’ (ibid). The song is, of course, Surdas’ ‘Prabhu more avaguna chitta na dharo’. ‘And then, said the Master of himself, the scales fell from his eyes, and seeing that all are indeed one, he condemned no more’ (ibid).

Also in Nainital, a ‘Mohammedan gentleman’ accosted Vivekananda: ‘Swamiji, if in after-times any claim you as an Avatâra, an especial incarnation of the Deity—remember that I, a Mohammedan, am the first!’ (ibid).

THENCE TO ALMORA did the group proceed, where the Seviers, as we have seen, had already set up house in rented accommodation. That is where Vivekananda and his brother monks stayed, while the ladies were put up first in ‘a quaintly placed Dak bungalow, on the mountain side in the midst of trees’ (ibid), then in a rented cottage.

Every morning, Vivekananda would visit them to both instruct and entertain, preparing Nivedita, unbeknownst to her, for her Indian mission. For her part, Nivedita, since her arrival, was eager to go to work. Her biographer, Lizelle Reymond, in The Dedicated: A Biography of Nivedita, recounts how Nivedita had complained to Josephine, ‘What am I doing for so long? Why doesn’t the Swami speak to me about work?’ (page 77). But Vivekananda seemed none too eager to put her, so to speak, in harness.

The guru-shishya relationship is as intimate and sacred as it can be complex and difficult. Nivedita’s strong spirit chafed and revolted under what appeared a strange and hurtful indifference on her Master’s part towards her. Speaking of her anguish in third person, she talks of the ‘strange new element, painful but salutary to remember’ that had crept into her heart.

Reymond is more explicit: ‘Nivedita felt herself suddenly seized with an indescribable feeling of grief, and plunged into such solitude that, for a moment, her spirit wavered. … For four days she was sunk in a sorrow that she could not understand. And then she recognized its cause: her guru had withdrawn from her’ (page 108).

The struggle of the personal against the impersonal was extremely hard for Nivedita to handle.

It seemed that the more she tried to mend things, to please her Master, the more he ignored her: ‘Deprived of her work, prevented from loving, she did not know how to express herself. She felt herself abandoned’ (Reymond, page 109). She craved for her Master’s company, but through the entire year, Vivekananda hardly spent an hour alone with her: ‘In all that year of 1898 I can remember only one occasion when the Swami invited me to walk alone with him for half an hour, and then our conversation for it was towards the end of the summer’.

Nivedita deeply needed, and felt sorely deprived of, personal attention. She tried to learn how to meditate from Swarupananda, who had recently been initiated into sanyasa. But her mind was disturbed and confused: ‘My relation to our Master at this time can only be described as one of clash and conflict’.

She saw, theoretically, the need for detachment and the dangers of making her guru her idée fixe. Indeed, all the European women had lived practically isolated in Belur, in a cottage away from the monks and other Indians since they had arrived.

Vivekananda had to worry about this unconventional mixing not just of Indians and Westerners, which was practically unheard of, but also of a monk with a single American woman accompanying him.

And matters came to a head when the party reached Almora in the lower Himalayas.