In the Name of God

Religion is a private matter and must remain so 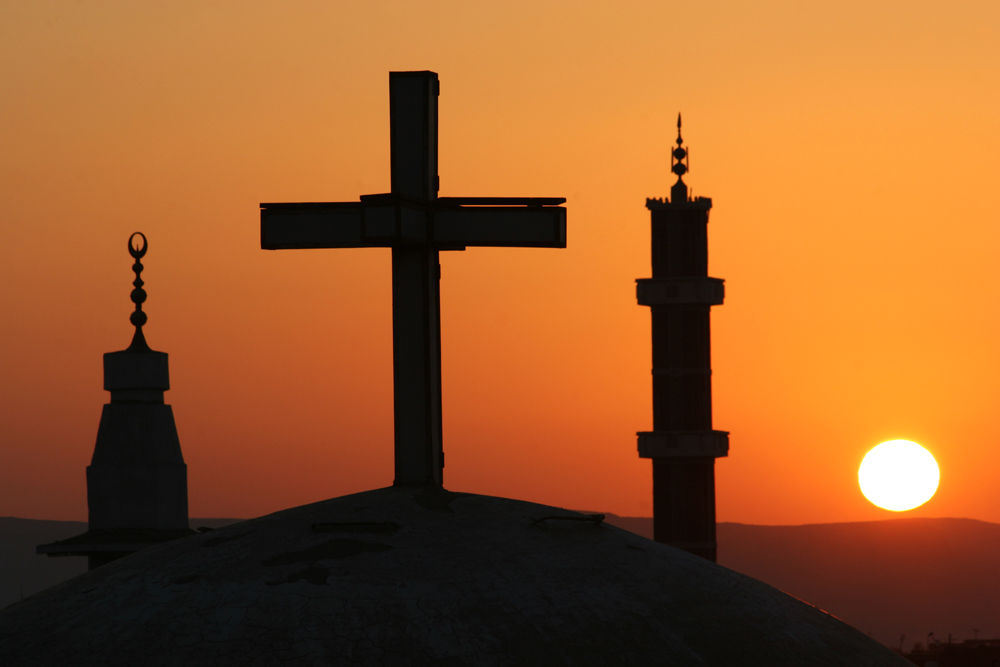 THEY SAY HISTORY is a great lighthouse for future generations: it helps people navigate away from shore crashes and suchlike, but then again, we rarely learn our lessons. What has happened in India, has happened before. Communities have spilt blood in the name of religion; they have abused those who are worshipped with equanimity and venom and today, a country that at its heart is secular, is being taught lessons by countries that are formed and founded in the name of religion. Such is the irony of our times.

But then, this was bound to happen; the cauldron of hate can’t simmer forever: and when it boils over, it scalds not just the people around, but it destroys national reputations and scares people off. I have on innumerable occasions, both in print and on television, warned people that they need to exercise caution whilst discussing religion. Any religion. People are sentimental when it comes to religion and when religions are abused, the toxicity far outweighs rational thinking, and this is what has happened. Intolerance is the birthmark of any religious confrontation or conflict. And we have only upped the ante in India. Something we needn’t have, or is not required for us to succeed or make our mark internationally.

Enough has been written about suspensions of party spokespersons, so I won’t go there; frankly, it’s something that parties have to contend with, and in this case, all political parties are guilty—each one of them. The tragedy is while parties do this to score their own brownie points, the mud sticks to the nation. And what is even more tragic is that we blur the lines between what should be a national response to a global tirade by a government vis-à-vis the political party.

Hate for religions that we don’t belong to isn’t new. What is new is the impunity with which it is spewed in spite of very strict laws in place to prevent this kind of irresponsible outrage but then again, it is the media which decides the temper and tenor of what we see around us. The government, either at the Union or state level, has acquiesced to the role of those who can say what they like without fear of being hauled over the coals in a courtroom.

And then, conveniently, justice in a court is replaced by death threats and suchlike.

This is not the way nations are either built or run. You cannot have people run amok owing to electoral compulsions because if this becomes the norm, we will have years of terrible tragedies and each will play out in full international glare. The question we need to ask is do we want to be a Pakistan or an Iran? Do we want our young bright people to grow up only with one identity, and that of their religion? Do we want to castigate all the people of one community because we don’t agree with their religion? No matter which community it is.


When we were growing up in Calcutta, we never discussed religion. We discussed the arts; we discussed Brecht and Badal Sircar; we revelled in the poetry of Tagore and Dinkar and sat down for an adda on Ray and Kurosawa

All of us have at least heard of the trauma of Partition, if not experienced it. We have seen erstwhile neighbours turn into butchers and marauders of hate. Do we really want that in our country, and at this time? When on the one hand, we talk about our global standing and how we are the world’s largest democracy guided by the rule of law?

India’s only true calling is one of universality. Universal thinking and universal brotherhood. We are the land of philosophers and sages. Where we laud the role that people like Swami Vivekananda and Buddha played. Where we sing the anthem crafted by a man who taught us to hold our heads high. On the one hand, we erect statues of these great men and women and on the other, we violate everything they taught us.

When we were growing up in Calcutta, we never discussed religion. We discussed the arts; we discussed Brecht and Badal Sircar; we revelled in the poetry of Tagore and Dinkar and sat down for an adda on Ray and Kurosawa. We were taught that religion is a private affair, and must remain so. That what you do qua religion is between your maker and you. You don’t judge others and you don’t comment on other religions. It’s time to re-learn that lesson.

Time to unshackle our minds of hatred and obscurantism and embrace what’s good about us. And our beloved country’s civilisational legacy.

It’s time to take the public private, and let it remain there.