‘Science fiction is my centre of gravity,’ says James Cameron 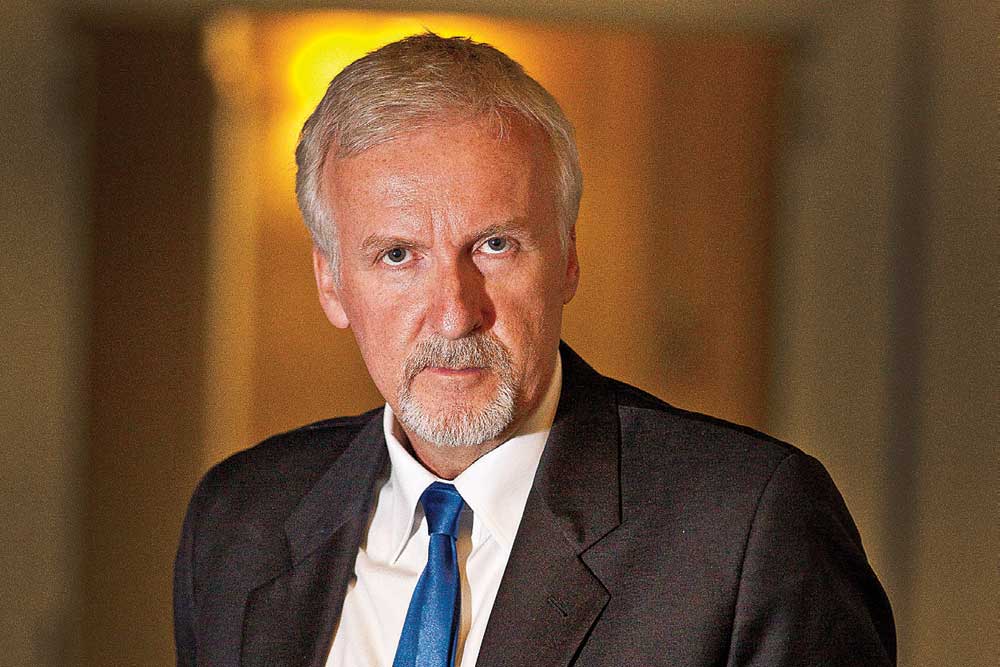 SET IN THE very distant future, Alita is found by a cyber doctor in a scrapyard. She is unconscious and when she awakens, she has no memory of who and where she is. Alita: Battle Angel is the story of the eponymous character finding her identity in a world of cyborgs and robots. James Cameron of Avatar fame has produced the film based on Yukito Kishiro’s drawings and narratives.

Tell us about your relationship with science fiction.

I’ve loved science fiction since I was a kid. I don’t know where that comes from. It’s imagination, it’s visual imagination. The films that I loved as a child were always the space ones or the robot or fantasy ones. I couldn’t get enough of them and I read voraciously. My taste was very specifically science-fiction when I was in high school and in college. I didn’t read sorcery-type fantasy at all. I might do the occasional film like True Lies (1994) or Titanic (1997) that’s not science fiction, but I will always gravitate to science fiction—for me that is the centre of gravity.

Alita looks almost human. How far away is technology from creating a full human actor?

As you see in Alita, we are pretty much there in terms of being able to reproduce a human. The thing is, she is never really going to look completely human, because she’s not supposed to. The purpose of doing her [computer graphics] in the first place is to preserve the look of the character as Kishiro created her—with these enormous eyes and this very tiny mouth and the heart- shaped face. And so setting aside her body, clearly a synthetic machine body that had to be done in CG, we did her face CG to preserve the character as he imagined it. Alita’s eyes are half the size of how Kishiro draws her. But manga’s a very gestural art form, and it’s never really stated in the film. Why does she have such big innocent set of appealing eyes? Well, part of it is she is an infiltrator sent to earth to destroy it, so with her big, innocent eyes she does not look threatening. But we are not too far away from creating a life-like human.

How much of science fiction do you think will become real in 100 years?

In this film, all cyborgs have human lives, human organic brains inside a machine body. I think we will see prosthesis become more sophisticated. Eventually they will crack the code of being able to get signals from the spinal cord or the brain directly into a prosthetic body, giving the paralysed—a paraplegic or a quadriplegic—the ability to have mobility again. We don’t have to use too much of our imagination to see that people who have bad accidents and don’t have full use of their bodies will be restored. The question is, when do people start doing it by choice? People who are otherwise healthy maybe want to have some augmentation, maybe even want to move faster or walk around on the moon or Jupiter that is baked in radiation and cannot sustain organic life; so maybe they will have a machine body, I can imagine that. But I think the bigger issue is artificial intelligence and the potential threat of an artificial super-intelligence emerging. Personally, I think it’s already happened. The world doesn’t make any sense right now unless you assume there is somebody, somewhere controlling everything for their own amusement, because nothing of what’s going on right now seems to make any sense to me. That’s my paranoid perspective: if it’s really a machine super-intelligence, why would it do something dumb like let us know if it’s actually in charge? Anyway, my point is experts believe it’s going to happen in some decades from now, from one to call it five. So a 50-year horizon. It’s almost certain that we will have machine intelligence actually in a human and it could happen as soon as 10 years from now.