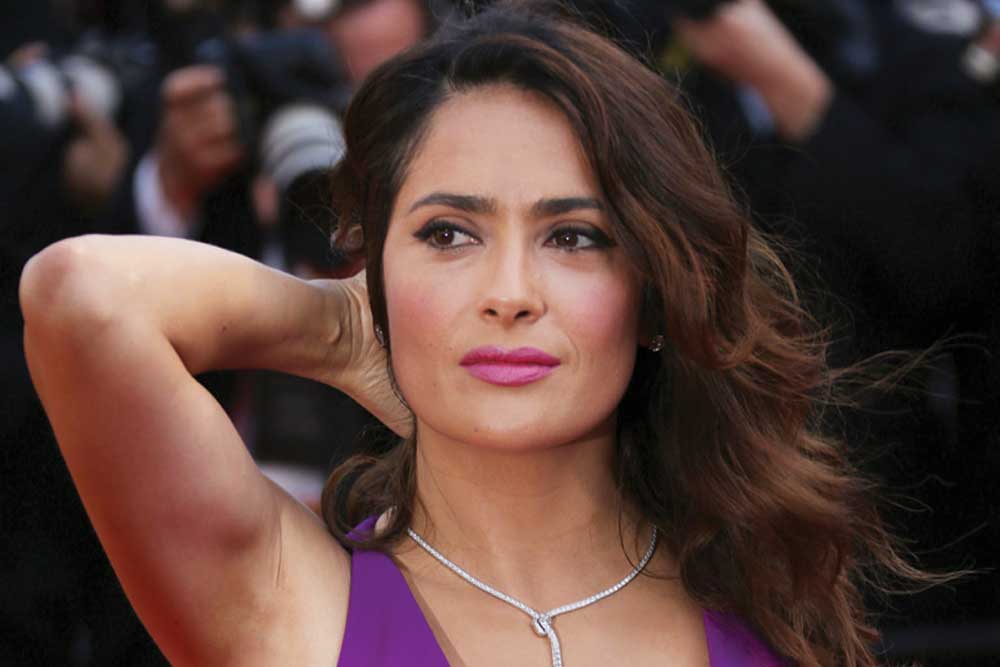 I FIRST MET Salma Hayek in the late 80s when she was a soap opera star in Mexico. She had come to the Golden Globe Awards, not as a star but as a guest of one of the members of the press, so she was seated near me. I noticed her immediately and soon learnt that she spoke minimal English. In 1991, she headed for Hollywood and plunged into learning her craft. She soon made it in Hollywood, not only as an actor but as a producer and director as well. She married French billionaire François-Henri Pinault and they have a daughter together. She divides her time between France, England and Los Angeles. She has just returned to Los Angeles to promote her latest film How to be a Latin Lover, the story of a fading gigolo who comes to live with his sister (Salma) where he learns the meaning of family.

Family is a theme in the film, how do you manage work and family?

I work hard one year. It’s a very complicated mathematical equation because I can never be far away from my family for more than two weeks. The producers of this film were very generous with me in accommodating my dates. Now I don’t work for a year or a year and a half. I’m a slave of Valentina’s school schedule. This is how my movies are picked, and my family is very supportive. I work during the summer holidays and sometimes the production shoots my scenes near my home.

Could you be a stay-at-home mom?

I don’t think so because I like to be productive in society, I like to feel that I am a part of society and that I am contributing to it, and I like to work. Like many people, I had to work most of my life and I think that it is lovely to fall in love but it’s important not to lose yourself. I don’t know who I would be if I did not work and I am also very creative and I need to exercise that creativity in some way, otherwise I would go crazy. I may stop my career, but I would be doing something. I cannot be doing nothing. I love being a mom and that is my number-one priority, but at the same time I want to continue to grow.

What are your forthcoming movies? In June I have Beatriz at Dinner. It’s a politically timely movie. I play an immigrant from Mexico who is a holistic healer. At a dinner party she is confronted by a capitalist played by John Lithgow. It’s a comedy. In August I have The Hitman’s Bodyguard with Ryan Reynolds and Samuel L Jackson; it’s an action film. Samuel Jackson plays a hitman and Ryan is his bodyguard. And then a little later on I have a comedy I did with Alec Baldwin, Drunk Parents.

You aren’t producing and directing?

Obviously I’ve taken a short break from that. We have a couple of things now in development but the problem with producing is that because I live in Europe, the change of time really kills me. I might be writing something that I will produce, but I don’t want to produce a lot of things.

Tell us about your fashion.

What I choose to wear is very complicated because of my body shape. It’s really hard to find the right clothes that fit. So, for me it is simple, I just wear the clothes that fit. But I do have a very good relationship with brands and they send me clothes. I like Alexander McQueen, his dresses fit well and there is always something interesting but not too crazy about his clothes. Then there is Gucci; he’s revolutionised fashion and I am so glad that he has brought back colour. I have nothing against black because it always makes you look slim. But I’m Mexican and I am glad that colour is back in fashion. I think that the new designs of Balenciaga are ground-breaking.