Nicole Kidman: ‘I conduct myself with the abandonment of a 21-year-old’ 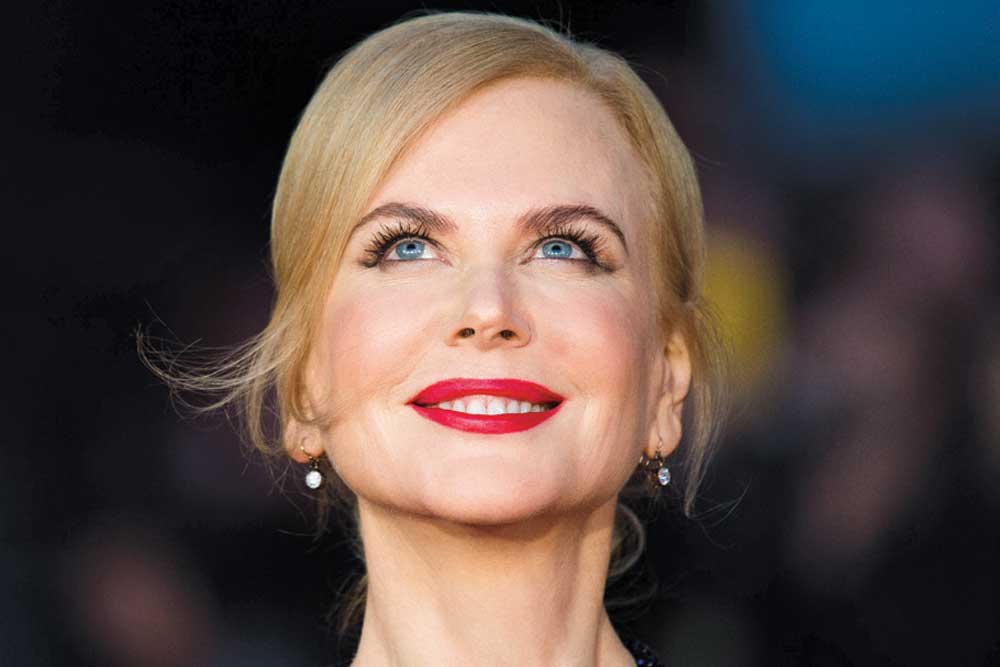 NICOLE KIDMAN radiates warmth without the slightest hint of a movie star when she walks into a room at the Four Seasons Hotel in Beverly Hills. Her work has taken her from Stanley Kubrick’s masterpiece, Eyes Wide Shut, to Baz Luhrmann’s decadent musical, Moulin Rouge, to the war drama Cold Mountain, to, most recently, Lion, in which she plays an adoptive mother. The latest entrant to the Oscar Award-winning actor’s illustrious filmography is award- winning director Sofia Coppola’s The Beguiled, set in the US Civil War period, where Kidman plays the headmistress of an all-girls’ school.

You have made some courageous choices in choosing the roles you play. What motivates you?

It just comes from the love of filmmakers and auteurs. I love auteurs and directors who have a strong vision. They are hard to find. I like supporting first or second-time filmmakers, because I think that I am in a position now to support and facilitate a career, and it is a great thing to do at this stage in my life. But I still try to conduct myself as though I have the abandonment of a 21-year-old, because when you start your career, you are like, ‘I am going to give this a go,’ and it doesn’t matter if it doesn’t work out. I am fortunate and lucky to have this opportunity, so I try to stay in that place.

We know about you as an actor and an individual. What space have you made out of your home?

I would hope that people would say it is warm and homey. I mean, it’s a bit of a mess at times. My mom came over the other day and was like, ‘There’s too much junk in this house; you have to get rid of some stuff.’ I tend to hold on to things because I love comfortable things around—I love stuffed toys; it is ridiculous but my kids still buy me stuffed toys. I am always like, ‘We have to get rid of some of this junk, girls.’ But I would say the house is warm and it smells good because my husband loves things to smell good.

Where do you keep your awards?

I have my awards on a shelf at home. I am very proud of them because my daughters see them. They sort of don’t understand what they mean, but they are very interested in the arts, so they see my and Keith’s [Urban] awards as well.

What influences your fashion style?

I was raised by a mother who could sew and so she would make my clothes. We didn’t have a lot of money. She would go and buy fabrics and make costumes with little collars and embroider my dresses. I think that is where I developed my sense of style. She was also the kind of mother who would say to me, ‘Dress up and wear your makeup, look good and present yourself well to the world.’ Because that is how she was raised and it’s where she came from. She sort of conditioned my sister and me on how to think in terms of presentation.

What is the most courageous thing you have done in your life?

When you exclude the artistic from me, I would say there are many things. But artistically, it will be doing a play. You are there, committed to eight performances a week. You walk out on the stage and there’s the audience, waiting for you to fulfill their expectations. That is really frightening. When I did a play in London, I hadn’t been on stage for 17 years. I thought, ‘Have I lost my mind? What was I thinking?’ Because when I signed up to do it, I was like, ‘Yeah, it’s a play.’ Then when the reality of having to sell out the West End theatre hit me, hoping that critics will like it—it was a new play about science and a woman—I was like, ‘I have taken on way too much.’ But to walk out on stage every night, particularly those previews, it took a lot. But I did it, and then by the end of the run, I was like, ‘I did it.’ And so, that was the most fulfilling as well as the most frightening experience of my life.