Joan Collins: ‘I had some bad experiences but was very good with a knee in the groin’ 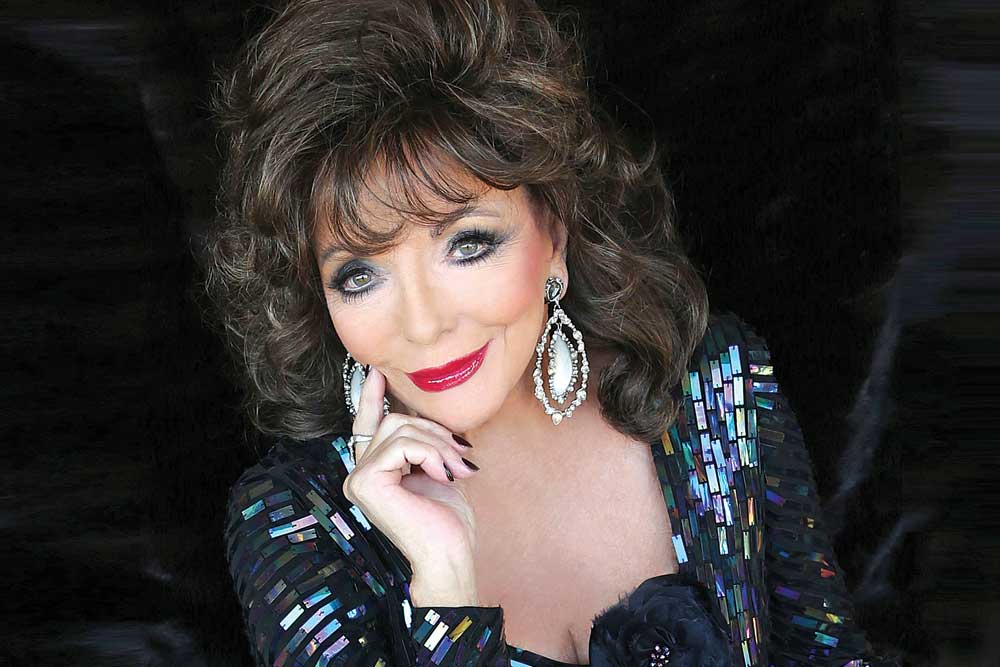 BASED IN A DYSTOPIAN setting where a group of survivors of a nuclear holocaust are thrown together in an underground sanctuary, the new season of American Horror Story, ‘Apocalypse’, will be joined by 70s era scream queen Joan Collins from across the Atlantic. She is no stranger to the medium, having won a Golden Globe in 1982 for her portrayal of the scheming Alexis Colby in the US series Dynasty. She discusses the show, her career and MeToo.

How did ‘Apocalypse’ come about?

I had seen a few episodes of American Horror Story and found it very original and fascinating. In February, I went to a Vanity Fair party and Ryan Murphy, the creator of the show, was there. He said he wanted me to be in the show and that he would write a fabulous part for me and asked me if I’d be interested. And I said, ‘Of course, you’re a genius!’ But I didn’t think too much about it because a lot of people in Hollywood say things that are not necessarily true, but two weeks later he made an offer to my agent. I play multiple characters and that is both challenging and interesting.

Is this a comeback?

Well, I’ve never been away. Maybe from the States, from Hollywood, but I’ve been working quite a bit in England. I am doing a lot of theatre and doing a one- woman show. I just finished a movie in England in which I play an elderly widow looking for love.

You have played many strong roles. Are you a particularly strong person?

You have to be to survive in this business. My father was a theatrical agent, and he was very opposed to me being in this business. He told me how tough it was and how you have to go through tonnes and tonnes of rejections; if you were a pretty girl, your career would be over when you were 25 or 26 and that you would not be treated very well by a lot of men. So I was well aware of the dangers when I entered the industry. When I was 17, I played a couple of juvenile delinquents and then I went on to play the bad girl. I guess I was offered such characters because of my dark colour. So I was prepared for the fact that you had to be tough to survive and not to take anything personally.

That brings us to MeToo. You were a young actress under contract with 20th Century Fox. Did you ever come across any abuse?

My contemporaries and I used to discuss it. We were young. We never called it ‘abuse’ but we were preyed upon by men, and it seemed like, at that time, it went with the way a young actress was treated. I had some bad experiences, but I was very good with a knee in the groin—I never allowed myself to be taken advantage of. I met Marilyn Monroe at Gene Kelly’s home and we had a little conversation and she said, ‘Honey, you better be aware of the wolves in Hollywood,’ and I said I could take care of wolves as I’d been in the British film industry for two years, where they had to hide me in a closet to get me away from producers. But I have never allowed myself to become a victim, so I am glad for all the women standing up to it.

Do you wish you had done anything differently in life?

Well, a couple of husbands. I have wonderful children. I had given up my career for a while and became a wife and mother. I was married to Anthony Newley. Then I had to go back to England and work to support the children. I don’t think there is anything I would have done differently, except for the two husbands.

What keeps you young?

Scrabble and Poker. In fact, I feel the same today as I felt 30 years ago. And I have a young husband, which is always good. I have a great joie de vivre and energy—I just enjoy everything. I understand I must keep in shape. Also, I read three or four newspapers a day and keep up with politics in England, America and France (because I have a place in France). So I try and stay relevant and know what’s going on.

What about physical exercise?

I do a bit of exercise, but I don’t believe in ‘No pain, no gain.’ I think it has to be gentle. You can’t do things that are going to wrench something. I pulled a muscle under my ribs a few weeks ago and it was very painful. So I am keeping myself from doing anything too stretchy.