Guillermo del Toro: ‘I start out with a monster who is scary and then realise that there’s a dimension to the story that is different’ 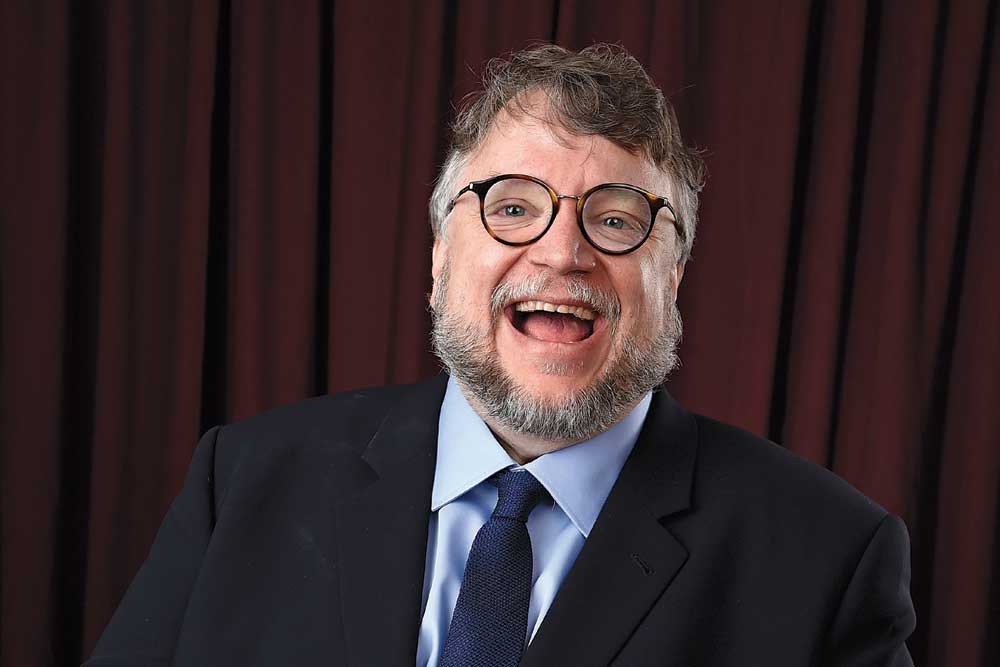 THERE IS A child-like quality that writer and director Guillermo del Toro exudes and rightly so, because he is the master of fantasy films. His last feature film The Shape of Water won him many accolades and awards. He has now shifted his attention to producing television shows, bringing in Norwegian director Andra Overdal to direct a yet-to-be-named series.

How did you get the idea for this series?

I was browsing in a little bookshop in San Antonio, Texas. I saw the cover of this book, it had such a creepy drawing on it, it was irresistible. The book was titled Scary Stories To Tell In The Dark. I read it from cover to cover, sitting on my considerable butt, on the floor. Back then I was a teenager on a budget and couldn’t afford to buy the book. I went back to the store a second time, read it again, but did not buy it. I went back the third time and bought it. And then through the years I bought the other two books of the same series, they are all amazing stories. Alvin Schwartz used the traditional campfire tales, which is a very simple science of storytelling, these stories were told around campfires and repeated over and over again until the rhythms became very well-known and were passed down from generation to generation. The illustrations by Stephen Gammell were so spooky and scary, they stayed with me.

So, when CBS approached me about doing a movie, they had done two screenplays before, and I said, well let’s start from scratch. I have this idea which is very relevant today. Not in a heavy-handed way, but about stories change the way we are, and how when once you release a story, you cannot get it back. And that is what we are living right now, and we set it up in a time in which lies and stories were being told to our country and we were engaged in a war we didn’t understand. So that is why we chose 1968-1969 as the perfect period to set the story in.

How does the series unfold?

These are characters who are kids on the fringe. The main character, Zoe, she wears spectacles and she’s a writer and a sort of outcast at school. Nobody understands her in school. She’s the girl that likes things that nobody understands. She likes horror stories, horror movies, and writing, while everyone else thinks that she should be interested in the prom, musicals and makeup. Her best friends are two kids who are also not popular in school. The series starts on Halloween and they meet a character named Ramon by chance, he’s a draft dodger since he does not want to fight a war that he does not believe in. They become allies and they stumble across this house, the main character, the antagonist so to speak is called Sarah. She is a girl who died in the 1800s. Stories were told about her killing kids, and so on. And everybody talks about this book that exists and they find it. Later on, you will find out that the girl of the 1800s was also gossiped about and she was innocent. So, it’s the discovery of that. Something that I liked doing in my movies. I start out with a monster who is scary and then realise that there’s a dimension to the story that is different. And Sarah is part of that.

Every culture has its own scary stories. Growing up in Mexico, what was your favourite scary story?

It’s about these guys going to the cemetery at night and putting a dagger in a grave. They challenge each other to do it. There’s a witch buried in the cemetery. Since the story is set in the 1600s, while they are putting the dagger in the grave, the cape that they are wearing gets caught and they feel that something is pulling them down, but it is the dagger and the cape that cause the tension. And in one of the stories in the series, it’s a girl with a dress.