George Clooney: ‘It’s very hard to succeed, but it is certainly worth the effort’ 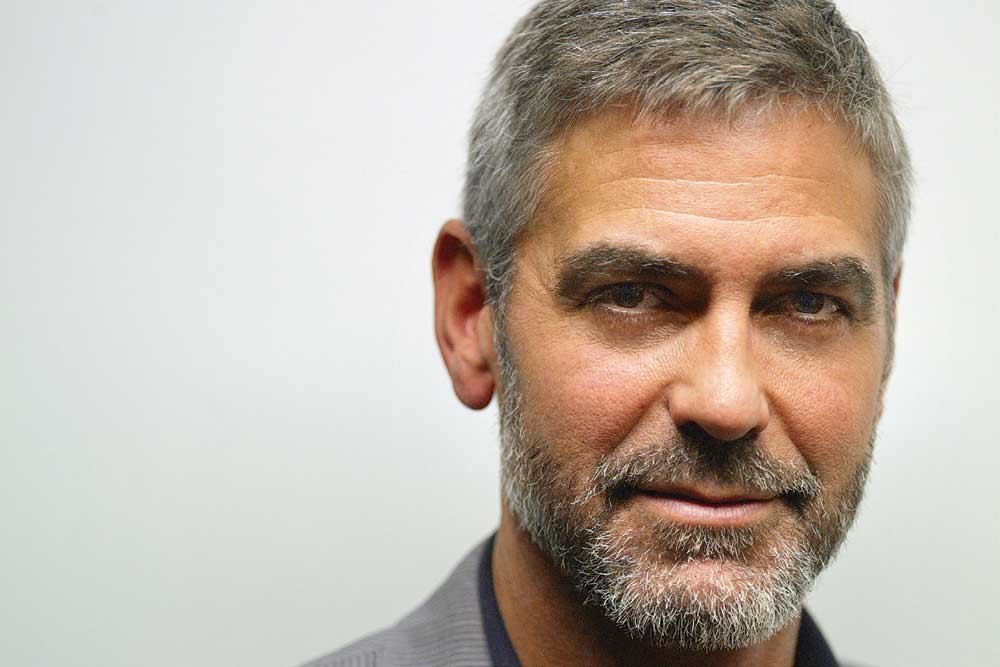 
HE WRITES, HE produces, he directs and he finds the time to be a social activist. His star power does not seem to have affected him negatively; he’s the most down-to-earth, friendly and open individual in show business. He is George Clooney. He’s just finished directing Catch-22 as a limited series for Hulu. Based on the eponymous book by Joseph Heller, it follows Captain John Yossarian and airmen in World War II.

How did Catch-22 happen?

I had read the novel and seen the film, and so, when they called me to see if I’d be interested I said ‘No, I don’t want to do Catch-22.’ And then I read the scripts and thought they were fantastic. I know the movie very well. Mike Nichols directed it—it was a tricky adaptation to film, because you couldn’t care about all those characters you are going to kill, characters you didn’t know, they just died. And it just gave you a feeling of cannon fodder. And so, I loved the idea that we could spend time with these characters before they ended up meeting with their demise. So, I thought [TV] is as perfect a medium to do it in, and I thought it was a real fun way to tell the story, so we just focused on that pretty much.

Do you believe in a righteous war?

There are righteous wars, because somebody before that is doing something absurd and terrible. When it was World War II we had to stamp out fascism, absolutely. But who started fascism and how absurd was that? So we have to constantly argue as we see the world slipping into authoritarianism. We see Italy weirdly going to the right, and Hungary and Poland and Brazil, and we see it happening around the world, starting in the US as well. So it’s concerning and also important to remember that we are better off when we are looking forward, and more inclusive and less exclusive.

Despite the activism by people like you, we still seem to be going backwards.

Well, I had to work really hard on extremism in certain countries. I think first of all, you look at the world in a different way, look at it from a way back position. There are less wars than there have ever been, fewer people in poverty than there have ever been, so there are things moving in the right direction. But there are a tremendous number of things in our immediate view that are terrifying. I consider these to be moments in time, the anger towards refugees right now, all of these things. The history of the US towards refugees has been good some times and bad some times. And right now the US has said they are not going to deal with the International Criminal Court, think about that. So, when you have the greatest country in the world— and I would make an argument because I’m an American— and it is taking that kind of a stand, it tells everybody else in every other country that it is okay to be cruel. And separating children as a policy? And you don’t know where the parents are, when did we become that? But as quickly as we have become that is how quickly we can turn that around. I am an optimist. I know that here’s an immense amount of damage being done and I know we can fix it, we have fixed it before.

Your wife Amal is taking the ISIS to court. Do you worry about your family? We have to pay attention to things, obviously the world is different now, but we also have to live our lives in as normal a way as possible. You have known me for a long time, I try not to surround myself with a lot of protection that makes you isolated in a way.

Do you think Hollywood can impact world conditions today?

It depends upon what day of the week you ask us. We have been able to have great impact; we have had a terrible impact. I mean you go back to The Birth of a Nation (1915) and we probably brought back the Ku Klux Klan in the 1920s. We have also been impactful about telling stories about Vietnam in the 70s, so it depends when and at what time and usually it takes a little bit of perspective like history looking back and saying, ‘Oh! that actually mattered.’ I think All the President’s Men (1976) had a great impact on journalism and it took a while, it came out a couple of years after Watergate. So, there are times it’s impactful. Look, I am really happy when I see actors and creative people engaged in big social issues, because I think that is a good and helpful thing, particularly if they are informed on the subject. I think it’s a civic duty to be engaged in one way or the other. But I grew up during the civil rights movement and the women’s rights movement and the anti-Vietnam movement. So, I always thought that that was what you were supposed to do.

You are involved in a range of social projects. Do you see positive results?

I get involved in things that matter to me and most of the time we fail, most of the time your engagement doesn’t move the ball very far. But every once in a while you get to move the ball a little bit. Because I am not a government official and therefore cannot make policy, all I can do is shine a light on bad policy and then hope it embarrasses people enough so that they will do something about it. And so, who knows how much? I know we are freezing out some financial institutions that have been funding some very bad characters; how it plays out in the long run is yet to be seen, and often times when we do it, it doesn’t move the ball very much, and suddenly you wake up one day and say things are better now.

I got an award from the Nobel Laureates [Summit]. The Dalai Lama was there and all these wonderful Nobel laureates were there. At one point I got up and said that for the most part we fail. And they all agreed. For the most part, it’s very hard to succeed, but it is certainly worth the effort, and for me not to do it is a crime. It’s how I grew up.