Ewan McGregor: ‘I find myself doing things that keep me young’ 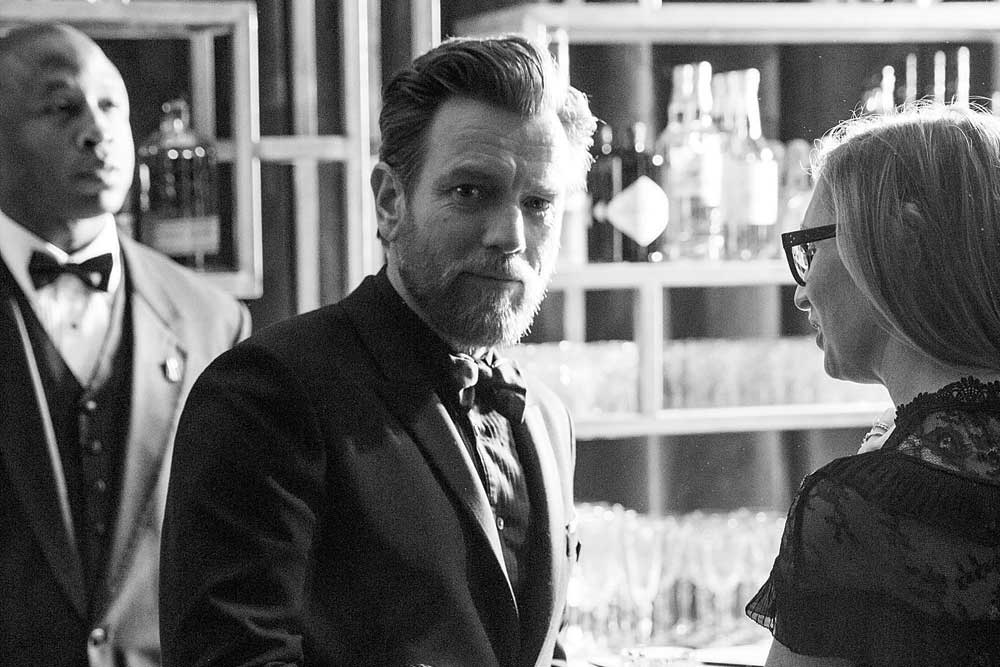 A GROWN-UP AND OVERWORKED Christopher Robin (Ewan McGregor’s character in the eponymous 2018 film) has all but forgotten his animal friends from his childhood, until one day an older Winnie the Pooh arrives in London and reconnects with him. And through their renewed acquaintance, Christopher learns the values of family and friendship. Owner of over a dozen motorcycles, the Scottish actor has travelled the world twice on a bike and likens a good ride to ‘meditation’.

Is there still a little of the child in you?

I’ve always been a bit childish. I find myself doing things that keep me young through my motorcycle and bicycling adventures and my music, and now with my own kids, doing things with them takes me back to my childhood.

Technically, as an actor, it must have been difficult for you to relate to animals that were really not there…

Marc Foster, the director, did a brilliant thing: he cast this band of young actors to play each creature. I wish there was a documentary about these young actors because they were mainly just out of drama school. They were keen and enthusiastic even though they were never going to be seen in the film. There was this actor David who played Winnie the Pooh, he would just have a teddy bear—and they all looked exactly as the creatures in the movie, they are not animated—and so David would just move the teddy bear around a little bit; for instance, if I was talking to Pooh, he would turn his head towards me and play the scene. All those young actors were so into playing the scenes, they were so good that they made it all come to life. And so, when the teddy bear was removed, and the visual affects took over, they had realistic photo images that looked exactly like the ones in the film. But in speaking to someone who is not there, you do need a different set of skills. But I had done it before when I did Star Wars. It’s all about using your imagination. What you must do is imagine the creature’s response to you and that’s in your head. But in this case, we all know Pooh so well, so it is easy to imagine how he would react.

When you were a child, was there something that you cherished?

It would have to be my beagle dog I called Juno. I got her when I was about five, she was my first dog. I remember vividly the day she arrived at our house. My parents took us out to the garden, they told us to close our eyes and then when we opened them there was a puppy running around. I went everywhere with Juno. I remember once I was angry because I wanted to go for a picnic, but my mom was busy working at her job and then cooking for us, she just rolled her eyes and said ‘Another time.’ I took exception to that and said, ‘That’s it, I’m leaving home.’ She went, ‘Okay, but take the dog,’ and she made me a little picnic, a sandwich and milk, she put it in my backpack and she gave me the dog. She said, ‘Okay off you go,’ so I left home and walked into the woods and I remember sitting there eating my sandwich and milk with Juno. I thought, ‘This is great, running away from home is great, I feel so free,’ and then a friend of our family walked by with his dogs and he went, ‘What are you doing?’ I said ‘I’m running away from home’ and he said, ‘Oh well, that’s good, enjoy yourself,’ and off he went. Eventually I finished the sandwich and the milk and thought, ‘Well, I’ll go home now’ and so I just went home. My mom always says that she gave me the dog because she knew that I would have to come home, because I wouldn’t know what to do with him. [Other than] Juno, I had a blanket. I was a blanket kid until it disintegrated…

Did you do a lot of research to find the character of Christopher Robin?

No, because I didn’t concern myself with the real Christopher Robin in any way, because I wasn’t playing him. The movie deals with the little Christopher who had something adult about him because he was like a father figure to Pooh—he was wise and grown-up. In the beginning of the movie, there’s a montage that shows that life happens to him, boarding school, his fighting in World War II and the impact that it has on him, how hard it is for him to relate to his loved ones when he comes home, not a rare story for men who lived at that time.