Alec Baldwin: ‘I don’t do humour as an act of resistance. I do it to entertain’ 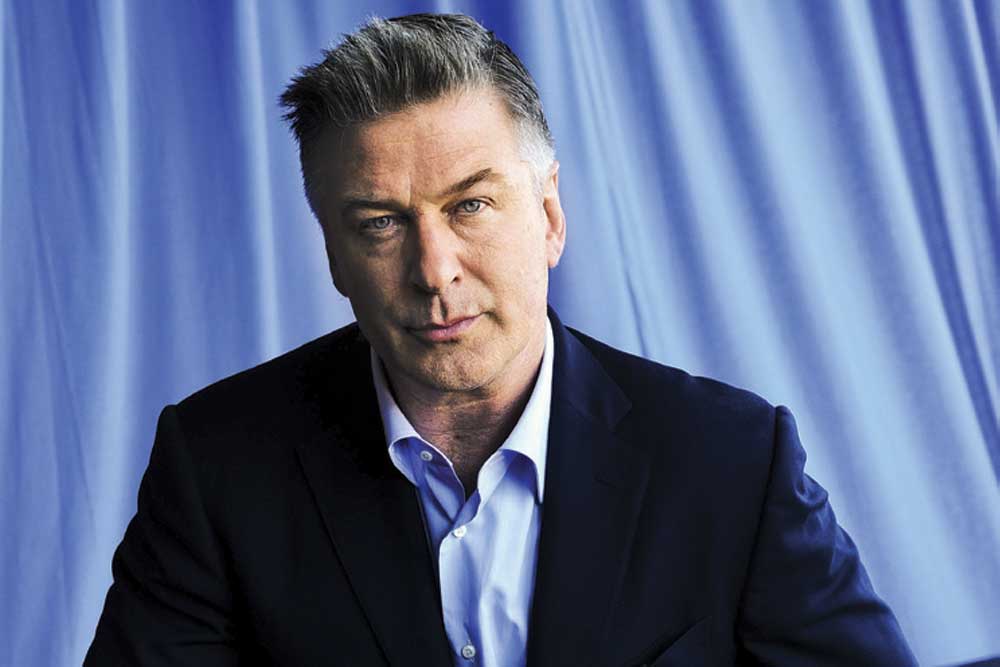 HIS POLITICAL humour on Saturday Night Live (SNL) has him sketched as an artiste provocateur, and actor Alec Baldwin has slowly come to terms with it. “I know there’s an impression that I’m someone who seeks to have violent confrontations with people,” he told New York in 2014. Baldwin’s orange-tinted impersonation of President Donald Trump has caused a riot. He recently appeared in Dreamworks’ The Boss Baby, voicing the character of a suited baby who is a secret agent.

How did it all begin? And when did you realise that you had nailed the Trump impersonation?

I went to meet Lorne (Michaels), the producer of SNL. He and his writers asked me if I could do it and I said no. I was booked to do a film, Shock and Awe. Lorne said to me, “You are going to be filming in New Orleans, so I’ll send you a Universal private jet and you can fly back every weekend to do SNL.” And I thought, this is not my life, flying back and forth. I will not be able to see my wife and kids. But the next thing I know, my contract for the film got screwed up and they started shooting the movie. But since I did not have a signed deal, I walked away and did SNL instead.

I watched tapes of him and I had seen him, but I am not an impressionist. You watch people because you admire them and like them: (Robert) De Niro, (Al) Pacino and Tony Bennett. But this was not the case with Trump. And so I watched him for a while. I observed his pouty mouth and thought to myself, “Is that it?” You don’t have to do him that well. You need to have approximate vocals and the wig takes care of the physical, and the rest of it is in the writing.

Talking about ‘Baby Bosses’, do you see Trump as a baby?

A president sets the tone for the administration and the one thing that you would hope for is that he would help people relax. Trump seems to have achieved the opposite. Even his own supporters are filled with doubt and he has not provided one lick of security except for the lobbied interests that put him in power. I have never seen anything like this in my entire life. People think that I am a rich White guy and therefore Trump is my man. But what kind of joy do I have living in a society where I am fine and an increasing number of people are not? We certainly picked the wrong guy.

Do you think that humour is a form of resistance?

People tell me that all the time and they thank me for the resistance that I am participating in. But I don’t see it that way. I don’t do it for that reason. I do it to entertain people. But there were people who came to me after the election and said, “How do you feel that you are, to some degree, responsible for Trump winning the election?” I thought they were kidding, but they said, “You humanised him and took the edge off him and made him more approachable.” But for the most part, people have thanked me for making them laugh.

Your brother Stephen is a Trump supporter. What is the conversation like on this topic at a get-together?

We have not got together since the election. He fits the dynamic of a certain kind of voter. He did not finish college and is now a part of a crowd that looks for easy answers. Real political leadership should convince Americans to balance the budget and provide for certain investments. We need healthcare and infrastructure. But Americans are unwilling to do that. They want their guns and butter, and to be the global policeman who goes around with weaponry and muscular armies. We need someone to lead us, someone who realises that we must sacrifice for the country to survive.