The West gets constantly surprised by Iran because of their universal stupidity, says John J Xenakis

On the 40th anniversary of the Islamic Revolution, an American scholar talks about its impact on world politics 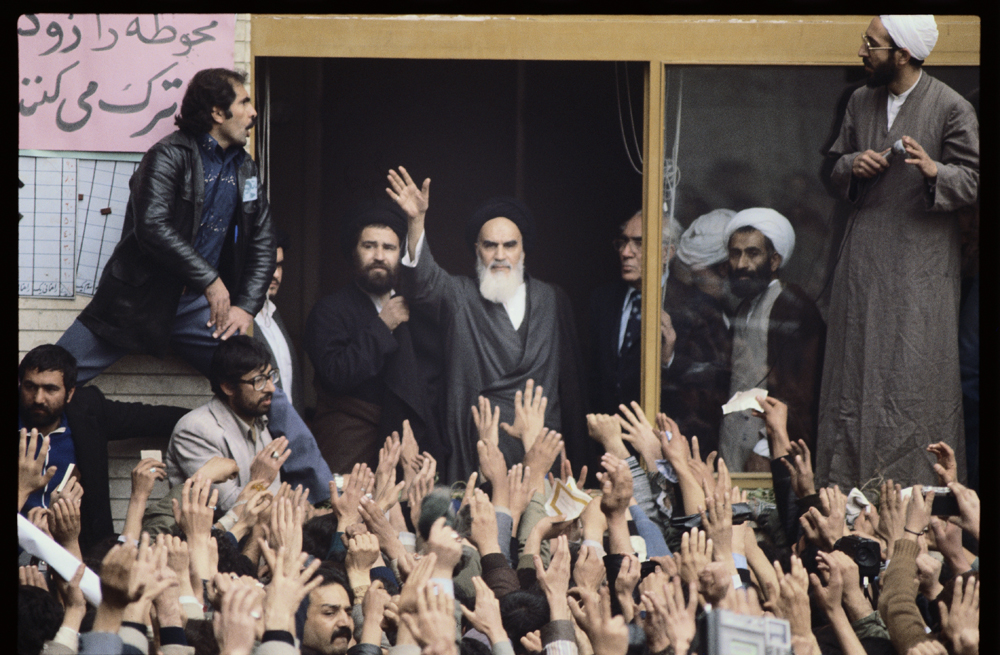 John J. Xenakis juggles multiple careers: that of a software engineer, historian, journalist, analyst and author. The American scholar, who has developed what he calls the “generational theory” to forecast the future of countries and people, is the author of World View: Iran’s struggle for Supremacy. As Iran celebrates the 40th anniversary of the 1979 Islamic Revolution this month, Xenakis delves deep into the legacy of its spearhead Ayatollah Khomeini and how the historical event changed the course of world history. He argues that it is a pity that most journalists and politicians don’t have even “the vaguest clue of what’s going on Iran”. He also talks about other countries in the Middle East, including Saudi Arabia which is fighting a proxy war with Iran in many parts of the region. Edited excerpts from an interview with Executive Editor Ullekh NP:

Looking back, how has the Islamic Revolution of 40 years ago altered the history of the Middle East and the rest of the world?

There were three events that occurred in 1979 that set the direction of the Mideast. The Islamic Revolution changed Iran from a Western ally to a Western enemy, and radicalized the Mideast. The Soviet invasion of Afghanistan, which was an invasion of a Muslim nation by a Christian nation, further radicalized the Mideast and Pakistan. And the Salafist attack on Saudi Arabia’s Grand Mosque was the first major terrorist attack in recent times. It led to Osama bin Laden and his band of jihadists to leave Saudi Arabia and go to Afghanistan to fight the Russians. These events can be traced directly to the Iran-Iraq war and to the 9/11 terror attack.

What are your thoughts on Ayatollah Khomeini’s legacy?

Ruhollah Khomeini’s greatest sin is that he corrupted Islam by twisting into a policy called Wilayat al-Faqih (Guardianship of the Jurist) which turned himself into an “infallible” Supreme Leader who could order the arrests, torture, rape, beatings, and executions of political opponents with impunity. Furthermore, he devised a constitution with absolutely no checks and balances, which makes Iran a kleptocracy, unable to get anything done except with bribery and extortion. Khomeini was truly evil. He has fouled Islam and destroyed Iran.

Many famous intelligence officials and news correspondents who have worked in Iran have opined that they had underestimated the inherent strengths of that country to survive insurmountable odds. What do you think?

Dictators always survive in a police state, where political opponents can be arrested, tortured, raped, beaten, and executed at will with impunity. What you call “inherent strength” is the ability to use violence to control the opposition.

A lot of people talk about “regime change” in Iran, without having any idea what that means. If all it means replacing one Supreme Leader by another, it will make no difference at all. The problem is that the constitution and entire government are a kleptocracy, where it’s impossible to survive without bribery, corruption and violence.

However, generational theory tells us that an important change is coming. The fanatical hardliners in Iran are in the generations that lived through and fought in the 1979 Revolution, and those people are quickly disappearing. The younger generations, who grew up after the 1979 Revolution, have no such fanaticism. In fact, they’re generally pro-American, pro-Western, and have no particular interest in seeing Israel pushed into the sea. These younger generations are increasingly in power, and they will dramatically change Iran’s politics. Some opposition figures are even suggesting that the son of the deceased Shah could come back and restore a secular government.

Do you think that Iran has been villainized over the past 40 years because it took on the might of the US and threw an American stooge out of power? How justified are the West’s sanctions on that country?

Iran is a country that abducted American ambassadors, and declares “death to America” and “death to Israel” every single day. They’re corrupt, violent terrorists, and they’re spreading terror throughout the Mideast in Syria, Lebanon, Gaza, Iraq and Yemen. Of course, they’re going to be villanized, and they deserve it.

Isn’t it Saudi Arabia, a friend of the US, that is the fountainhead of Islamic terrorism in the Middle East (we feel the pressure in India as well because Islamism in India is also funded by the Saudis)? Why do you insist it is Iran? Besides, Israel isn’t a saint after all and has earned the wrath of UNHCR on many occasions for its treatment of Palestinian civilians. It is a country whose economic mainstay is arms and its government has been accused of terrorism by religious groups within. Your comments.

Saudi Arabia is “A fountainhead,” not “THE fountainhead.” In Yemen, SA is in a never-ending proxy war with Iran, in Syria SA is supporting many anti-Assad rebels. The Jamal Khashoggi incident has shocked everyone, and has had the ironic effect of pushing SA closer to Pakistan. Many people also blame SA for 9/11. SA itself has an internal split between the Sauds and the Wahhabis. At any rate, Saudi Arabia and Iran are headed for war.

And if I’m not mistaken, most of the funding for Islamism in India comes not from the Saudis but from Pakistan’s ISI. However, that may be a distinction without a difference because Pakistan is a close ally of SA and China, both of whom are enemies of India. India, on the other hand, is a close ally of Iran, as illustrated by the Chabahar seaport project. Hindus and Shia Muslims have been allies for centuries, all the way back to the seminal Battle of Karbala in 680. I discussed this in my book.

Nobody’s a saint, especially in the Mideast. Israel is a democracy and has an independent judiciary, which makes them unique in the Mideast. Muslim Arabs are much safer living in Israel, and have more freedoms, than in any other Mideast country. Just as Hindus in India feel a close emotional link with Shia Muslims in Iran, and tend to excuse Iran’s sins, Jews and evangelical Christians in America feel a close emotional link to Jews in Israel, and tend to excuse Israel’s sins.

There’s also anti-Jewish sentiment in the US — read the current news stories about Ilhan Abdullahi Omar, who is the Somali Muslim congressional representative from Minneapolis, which has a large Somali community.

Many in the US consider UNHCR to be highly biased, condemning actions in Israel while ignoring massively greater human rights violations by others.

Did the 1979 Revolution intensify the Shia-Sunni conflict and how?

By changing from a secular government to a radical Shia government, they radicalized the Wahhabi Sunni extremists and other jihadists.

What are the untold stories of the Islamic Revolution? Why did Saddam Hussein spare Khomeini while the latter was in exile in Iraq? How come he became a darling of the international media overnight in France? Were there more to these developments than meets the eye?

These are all political developments that were not nearly as important as the three major events in 1979 that I listed above.

Iran is still a power that continues to surprise the West. Do you think there are chances that it will become a nuclear power soon?

Well, I was surprised myself when I did research for my book and discovered that no analysts, journalists or politicians have even the vaguest clue what’s going on Iran, as judged by the fact that they say one incredibly stupid thing after another every day. That’s why they keep getting surprised — because of their universal stupidity.

Will it be a nuclear power soon? They’re undoubtedly continuing some nuclear development, and/or buying nuclear technology from North Korea. Even under the Iran nuclear treaty, they’re permitted to develop nuclear weapons by 2025, and they’re certainly planning to do so.

I don’t even know what this means, since no one wants to bother to understand political Islam or Islam at any level. However, someone who wants to understand Iran and Islam can start by reading my book, which has the best and most accessible exposition of both that I’ve seen.

Who are your favourite historians who have written extensively on Iran?

The best was Homa Katouzian. In my book, I showed how generational changes led to the historical flow Russia/Britain-Iran border wars -> Tobacco Revolt -> Constitutional Revolution -> White Revolution protests -> Islamic Revolution. Most historians discussed these as individual, almost unrelated events. Katouzian was the only one who understood how one leads to the next.