If Rahul Gandhi is not serious 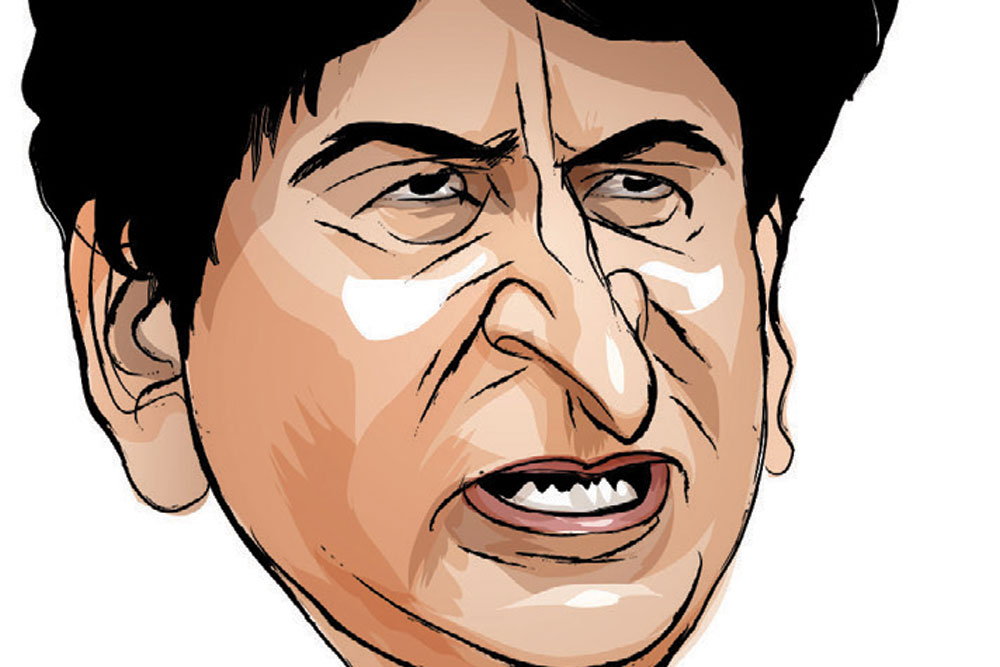 
Can Priyanka Gandhi Vadra eventually take over the Congress leadership? After their terrible showing in the Hyderabad municipal corporation polls, several in the party are now demanding that if Rahul Gandhi is not serious about becoming their president, then she should don the mantle. Recently, P Chidambaram’s son, Lok Sabha MP Karti Chidambaram, suggested that Priyanka should contest the Kanyakumari Lok Sabha by-election in Tamil Nadu. The seat fell vacant on the death of its Congress MP. But Congressmen from Uttar Pradesh (UP) objected, saying that she should fight from their state. The UP Assembly elections will take place in 2022 and there is even a proposal that Priyanka contest then to lift the mood of the average partyworker.

In Karnataka, can the Janata Dal (Secular) head and former Chief Minister HD Kumaraswamy again make an alliance with BJP? He met Chief Minister BS Yediyurappa recently and rumours on this front began immediately. In fact, the two have met on several occasions in the last few months. Kumaraswamy also made a comment that a major mistake of his life was to ally with Congress to form the government in 2018.

Famous artists who have been asked to vacate bungalows in Lutyens’ Delhi are complaining, but many in the Government think they have no right to be there. Among those who got notices are Kathak dancer Birju Maharaj, painter Jatin Das and Dhrupad singer Wasifuddin Dagar. But the Government is arguing that these were only allotments for a stipulated period, which is over. There was also a Supreme Court order that said people who have outstayed their allotted time should vacate.

Trinamool Congress MP Mahua Moitra has run into a controversy with the media in West Bengal. In a meeting with partyworkers, she angrily asked why they had invited the “two-paisa press”. A few Bengali TV channels then boycotted her and the Kolkata Press Club condemned her statement. Several Trinamool leaders said that what she said was not the party’s view and even advised her to apologise. Even party chief Mamata Banerjee is said to have not taken too kindly to it. But an apparently unrepentant Moitra tweeted that she apologises for all the accurate things that she had said!

Congress is wholeheartedly supporting the farmers’ protests. But some people are asking why the party doesn’t have a head for its own farmers’ wing, the Kisan Congress. A year ago, the person heading it had vacated the post after becoming a minister in the Maharashtra government. It remains vacant. The leadership is now considering getting someone from Punjab for the job. 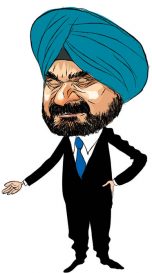 After a history of confrontation, there is now a sign of thaw between Punjab Chief Minister Amarinder Singh and his former cabinet colleague Navjot Singh Sidhu. The ice was broken with the former inviting the latter to lunch. Harish Rawat, Congress general secretary and Punjab affairs in-charge, was said to be active for the last few months to bridge the gulf between the two. The meeting took place in the farmhouse of the chief minister near Chandigarh. Gossip is, if Sidhu is ready, Singh is ready to reinduct him to the cabinet.

It is after a very long time that India is seeing a farmers’ agitation on such scale. Farmers’ issues have moved centrestage again in politics, but where are all the dynasties who have their bases in the community? Like Jayant Singh, son of Ajit Singh and grandson of the pioneer farmers’ leader Charan Singh. Or Sachin Pilot, the son of kisan Jat leader Rajesh Pilot. Both are said to be not against the reforms spelt out in the farm laws and think that new-generation farmers must be equipped to deal with the future. Meanwhile, in UP, another young leader, Rakesh Tikait, son of Mahendra Singh Tikait, who was once a mass organiser of farmers, has however jumped into the agitation through his organisation, Bharatiya Kisan Union.

Two Bollywood celebrities, Priyanka Chopra Jonas and Sonam Kapoor Ahuja, came out in support of the agitating farmers. BJP immediately decided to counter them with a celebrity of its own. The party got its MP Sunny Deol to tweet in support of the farm legislation. 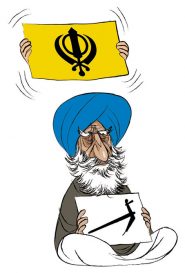 There is a new twist to the Khalistani angle in the farmers’ protests. The US-headquartered pro-Khalistan separatist outfit, Sikhs For Justice, threatened to shut down Indian consulates across the world through tractor and truck rallies in support of the agitation. Their campaign is saying that Khalistan is the only solution for Punjab farmers’ plight. Union Home Minister Amit Shah has taken note of this development.

No Party for Actresses

Actresses don’t seem to last too long in Congress. Urmila Matondkar, who had contested on the party’s ticket for a Lok Sabha seat and lost, recently joined Shiv Sena. South Indian actress Khushbu Sundar had earlier left as Congress spokesperson to join BJP. Telugu actress Vijayashanthi had left BJP to join Congress in Telangana but switched back to BJP. In Karnataka, Divya Spandana, who used to be Congress’ social media chief, also left the party some time ago.