Jinnah scored because the Mahatma was abandoned by his own men 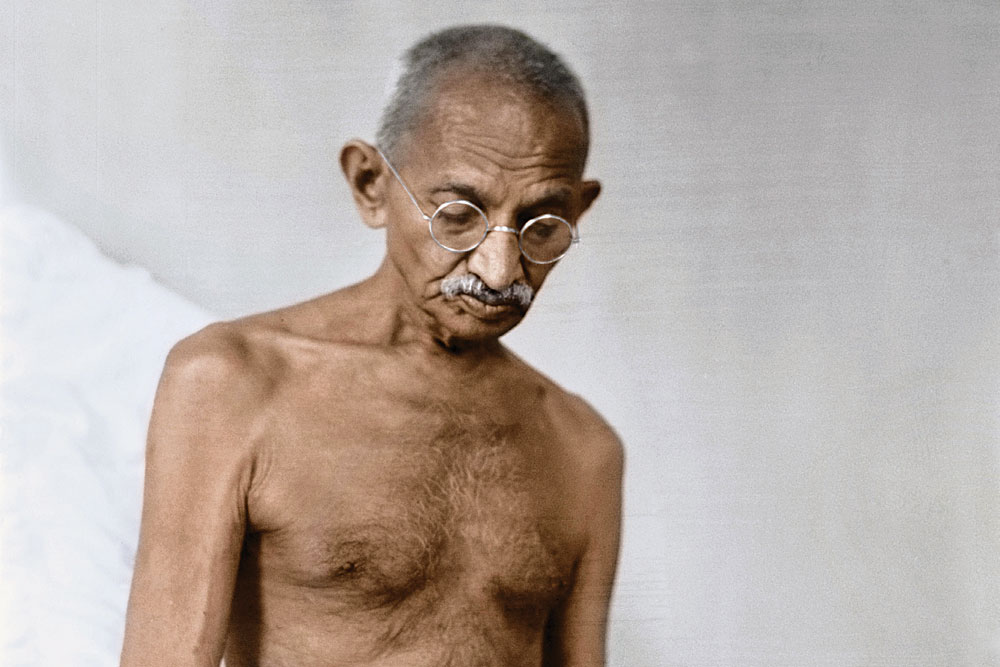 On his 75th birthday, October 2, 1944, Mahatma Gandhi received one moving message from Albert Einstein. He described Gandhi as “a leader of his people, unsupported by any outward authority; a politician whose success rests not upon craft, nor upon mastery of the technical devices, but simply on the convincing power of his personality; a victorious fighter, who has always scorned the use of force; a man of wisdom and humility; armed with resolve and inflexible consistency; who has devoted all his strength to the uplifting of his people and the betterment of their lot; a man who has confronted the brutality of Europe with the dignity of the simple human being, and thus at all times superior.” He ended his greetings with those famous words: “Generations to come, it may be, will scarce believe that such a one as this ever in flesh and blood, walked upon this earth.”

Gandhi was overwhelmed by many such messages from admirers and well-wishers. But one leader who refused to greet him on that day was Muhammad Ali Jinnah. As Gandhi entered the Indian political scene in 1915, in his youthful enthusiasm born out of his successful agitation against colonial excesses in South Africa, he betrayed a kind of overconfidence bordering on egotism. That had earned him many adversaries, and Jinnah was one among them.

Both Gujaratis, coming from the same Kathiawar region, met for the first time in India in January 1915 at a function organised by the Gujarati Samaj of Bombay to felicitate Gandhi. Jinnah chaired that session. Both were happy initially, as both believed that Hindu-Muslim unity was a prerequisite for securing freedom. But Jinnah’s most authentic biographer, Stanley Wolpert, saw the seeds of discord being sown in that very first meeting. When Jinnah began to speak in English, Gandhi interrupted, taunting him to speak in Gujarati. Jinnah ignored Gandhi’s derision but did develop antipathy for him.

This antipathy grew further in later years. Gandhi, too, didn’t seem to have liked Jinnah, the fellow Gujarati, much. He decided to ignore Jinnah and solicit the support of other more hardline Muslim leaders, like Maulana Mohammad Ali and his brother, Shaukat Ali.

Jinnah was not a practising Muslim. Nevertheless, he was conscious of his Muslim identity. He always championed Muslim causes inside Congress and even formally joined the Muslim League in 1913 and remained there till the end. The maiden intervention he made at the Calcutta Congress session in 1906 was in support of a resolution brought by two Muslim members. “It is a matter of gratification to the whole Muhammadan community that we have got on the programme of the Indian National Congress a question which purely affects the Muhammadan community. That shows one thing, gentlemen, that we Muhammadans can equally stand on this common platform and pray for our grievances being remedied through the programme of the National Congress,” he told his community.

When separate electorates for Muslims were announced under the Minto-Morley Reforms, Jinnah was one of the first to get into the Imperial Legislature through those electorates. He was instrumental in bringing the Muslim League to Congress and clinching a communal deal in favour of the League in the name of the Lucknow Pact in 1916. He continued his dual membership in Congress and the League for seven years before finally quitting Congress for good in 1920. Although his apologists blamed Gandhi for Jinnah leaving Congress and credited him with taking a principled stand against the Khilafat, Jinnah’s main grudge against Gandhi was that the latter was promoting other Muslim leaders while ignoring him. Betraying his antipathy for Gandhi, he told his journalist friend, Durga Das, that there was no place for him in Gandhi’s Congress. “Gandhi worships the cow, and I eat it,” Jinnah said, an argument he later repeated in many public speeches.

“Jinnah was committed to ends without great regard to means. His ‘end’ was always the protection of the Muslim community, but his chosen means changed as British India was dismantled. Initially, he placed his trust in electoral safeguards and weighted representative bodies; later, in separatism,” writes British author Roderick Matthews, and adds, “At no point after 1909 did Jinnah not represent Muslims and he never abandoned his obligations to them.”

While analysing the developments leading to Partition, we often make the mistake of blaming Gandhi for all the sins and finding virtues in Jinnah.

It is a travesty that Jinnah, a non-practising political Muslim, became the father of Pakistan and died a natural death, but Gandhi, a Sanatani Hindu, blamed by Jinnah and the Muslim League for Hinduising politics, died at the hands of a Hindu. More than seven decades after his death, in the eyes of a section of the Hindus, Gandhi continues to remain the anti-Hindu appeaser of Muslims responsible for the Partition of India.

Was he anti-Hindu? At the Second Round Table Conference in London, when he was described as a leader of the Hindus, Gandhi firmly rejected that introduction. “Not Hindu,” he said firmly. But that was only in the context of the mischievous British efforts at dividing Indian society on caste and religious lines and branding Congress as merely a body of the upper-caste Hindus. Otherwise, Gandhi was never apologetic about his religious beliefs and convictions. He declared in Young India in 1924 that “My patriotism is subservient to my religion.” In an earlier article in Young India, he explained the reasons for considering himself as a Sanatani Hindu. They were: his acceptance of the scriptures like the Vedas, Upanishads, etc, as valid, his belief in dharma, his acceptance of idol worship and his devotion to cow protection. “Every fibre of my being is Hindu,” he wrote in Young India in 1924.

Gandhi committed tactical mistakes in the 1920s and ’30s. They provided oxygen for the Muslim League communalism. But so did many other leaders of the times. Realising the futility of his efforts, Gandhi declared in 1942 that “Hindu–Muslim unity can wait. But independence cannot.” Over the next five years, he made many efforts to prevent the Partition. He went to Viceroy Mountbatten with the proposal that Jinnah should be handed over the reins of power in united India. Surprised, Mountbatten asked Gandhi how would Jinnah react to the proposal. “Jinnah would probably say, ‘Wily Gandhi,’” Gandhi sighed.

In the end, Jinnah won and Gandhi lost because he was abandoned by his own men. At the Congress session in July 1947, after valiantly shielding Nehru and Patel from the attacks of other leaders for their acceptance of the June 3 plan of Partition, Gandhi disembarked the podium with a heavy heart. When an enthusiastic supporter came up to him saying, “Gandhiji, at last our non-violent army has won against the powerful British,” Gandhi despondently quipped, “Yes, but it has also defeated and dethroned its general.”