From India with a Dream 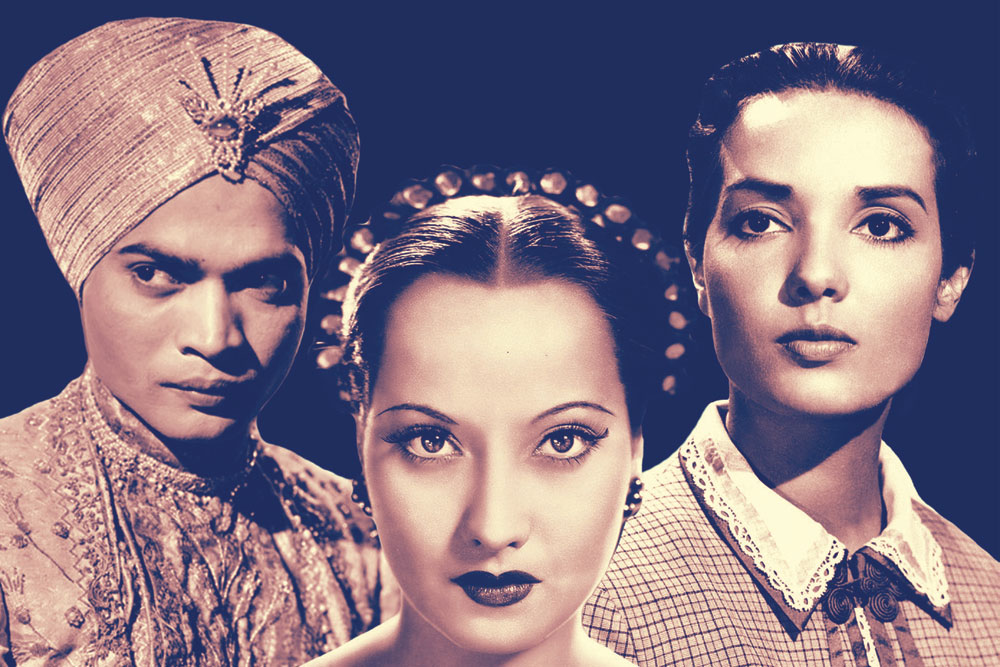 
DOES THE NAME Sabu ring a bell? Probably not. He was an Indian who broke through the walls of Hollywood when it was exclusively white. These days our actors shuttle between Bollywood and Hollywood but none of them has managed to achieve the kind of stardom there that Sabu did 80 years ago.

In that incredible journey Sabu bypassed Bollywood alto­gether. He went from the elephant stables of the Maharaja of Mysore to Hollywood after a stint as an actor in London. He came from a humble background, his father was a mahout.

Around the same time another Indian actor, Merle Oberon, made a similar journey from Calcutta. Unlike Sabu, she denied her Indian lineage. She was Anglo-Indian. More on her later.

Sabu was discovered in 1937 by Robert Flaherty who had come to India to shoot scenes for his film, Elephant Boy, based on a Rudyard Kipling story. He took the 13-year-old to London where the film was completed. It received the Best Director award at Venice Film Festival.

The following year, Sabu was cast again in the lead role in The Drum. Scenes reminiscent of the Northwest Frontier Province were actually shot in Wales. The film did well at the box office, received good reviews, but in India some thought it was racist.

Sabu was on a roll. His next film, The Thief of Bagdad, is considered a classic and continues to appear on lists of 100 best films of all time. The 1940 Arabian Nights fantasy had an evil vizier, an enchanting princess, a magic carpet and even a flying horse with wings. It is Sabu’s best-known film. I saw it, totally mesmerised, in a provincial theatre sitting on my mother’s lap.

Filming started in London but with the outbreak of World War II, the entire production was shifted to Hollywood. The producer, Alexander Korda, was a Hungarian Jew and had good reason to fear a German invasion.

Sabu followed it up in 1942 with Rudyard Kipling’s Jungle Book, playing Mowgli. The supporting cast included Sher Khan, the tiger; Kaa, the python; and Bagheera, the panther. He was the only Indian in a film loaded with Indian charac­ters. All the other actors were white with faces painted brown.

Mowgli’s love interest, Mahala, was played by the very Irish Patricia O’Rourke. No producer would get away with such shenanigans today. Modern audiences are scrutinising ethnic casting more closely.

The film was a hit, the third highest grossing film of that year. Sabu was now a major Hollywood star. He made three pictures with Maria Montez and Jon Hall for Universal Pictures: Arabian Nights, White Savage and Cobra Woman. These films, too, made money but none of them were any good. If you liked Sridevi in Nagina, you would have loved Maria Montez in Cobra Woman. It was pure hokum.

Sabu made only one good film after that when he re­turned to England in 1947 to shoot for Black Narcissus. Though the setting was in the Himalayas, once again there was no other Indian actor, besides Sabu, in the film. It was shot entirely in England, most of it in Pinewood Studios. He played a prince in love with a local girl, Kanchi, Jean Simmons in brown make-up. Deborah Kerr was cast as a sexually repressed nun.


Sabu Dastagir’s father died when he was nine years old, and he was orphaned a few years later. Good timing, dumb luck and natural charm took the impoverished young boy from the stables in Mysore to stardom in Hollywood. Merle Oberon was an Anglo-Indian who went to great lengths to deny she was part Indian

In the early 1950s, Sabu was invited to India by Mehboob Khan to do screen tests for a film he was planning, Sauda. A publicity still of Sabu in the company of Shashikala was distributed to the media but nothing came of it.

Mehboob reworked the script and the role meant for Sabu went to Sunil Dutt. The film was Mother India, a serious contender for the title of the best Bollywood film ever made, alongside K Asif’s Mughal-e-Azam and Ramesh Sippy’s Sholay.

Sabu Dastagir’s father died when he was nine years old, and he was orphaned a few years later. Good timing, dumb luck and natural charm took the impoverished young boy from the stables in Mysore to stardom in Hollywood.

THE OTHER INDIAN who made it big in Hollywood a long time ago was Merle Oberon. Hers is also quite a tale to tell. She was an Anglo-Indian who went to great lengths to deny that she was part Indian. She pretended to be Australian.

Her mother was dark-skinned and when she had visitors at her home in London, she introduced her as her maid. It gets more interesting. The woman was not her mother, she was her grandmother. We will come to that.

Merle Oberon’s first film was in 1933, The Private Life of Henry VIII. She had the role of playing Anne Boleyn with Charles Laughton playing the king. The film was a major success. Her next big film was The Scarlet Pimpernel opposite Leslie Howard. She was cast as Cathy in the high­ly acclaimed Wuthering Heights opposite Laurence Olivier. In 1935, she was nominated for an Oscar for her perfor­mance in The Dark Angel. Her other films included A Song to Remember as George Sand, and Désirée with Marlon Brando. She made 60 films altogether, in London and Hollywood.

Merle Oberon was born in 1911 in Bombay though throughout her life she claimed that she was born in Tasmania and her birth records were destroyed in a fire. She was the daughter of a British engineer working with the Indian Railways. Her mother, Charlotte, was an Anglo- Indian and only12 years old when Merle was born. To avoid a scandal, her maternal grandmother raised her as her daughter.

The father joined the British Army when she was three years old and died on the Western Front. The family was left impoverished and lived in shabby quarters in Bombay. Their circumstances improved when they moved to Calcutta in 1917 and Merle got a scholarship to attend La Martiniere, the prestigious girls’ school.

She enjoyed going to nightclubs and was keen on a film career. A former British actor she met in one of her outings said he knew a film producer in Nice. With an introduction in hand she travelled to France and was hired as an extra for a party scene.

By now she was 18 and moved to London where she ini­tially worked as a club hostess. Film producer Alexander Korda spotted her and cast her in her first film. She could not dance or sing, but she possessed a photogenic face. Merle’s career benefitted from her relationship with Korda and, later, their marriage. She went through three other marriages and died in 1979.

THERE WERE OTHER actors of that era who were India-born. Vivien Leigh (Gone with the Wind; A Streetcar Named Desire) was born in Darjeeling in 1913. Julie Christie (Darling; Doctor Zhivago) was born on a tea estate in Assam in 1940. There were several others. Their parents were British who had come to India in the service of the Raj.

Then there was the curious case of actor Anna Kashfi. All her four films were forgettable. Her claim to fame was that she was Marlon Brando’s first of several wives. She was born in 1934 in Chakradharpur.

She was ethnically ambiguous. Both her parents were British and claimed that her real name was Joan O’Callaghan, that their daughter had transformed herself into an exotic Indian model and changed her name. They were deeply hurt. She died in 2015.

Two months before her death, Washington Post car­ried the following headline: “Is actress and former wife of Marlon Brando Anna Kashfi Indian, British or both? No one knows for sure.”