States of the Notion

Maybe a second States Reorganisation Commission will do justice 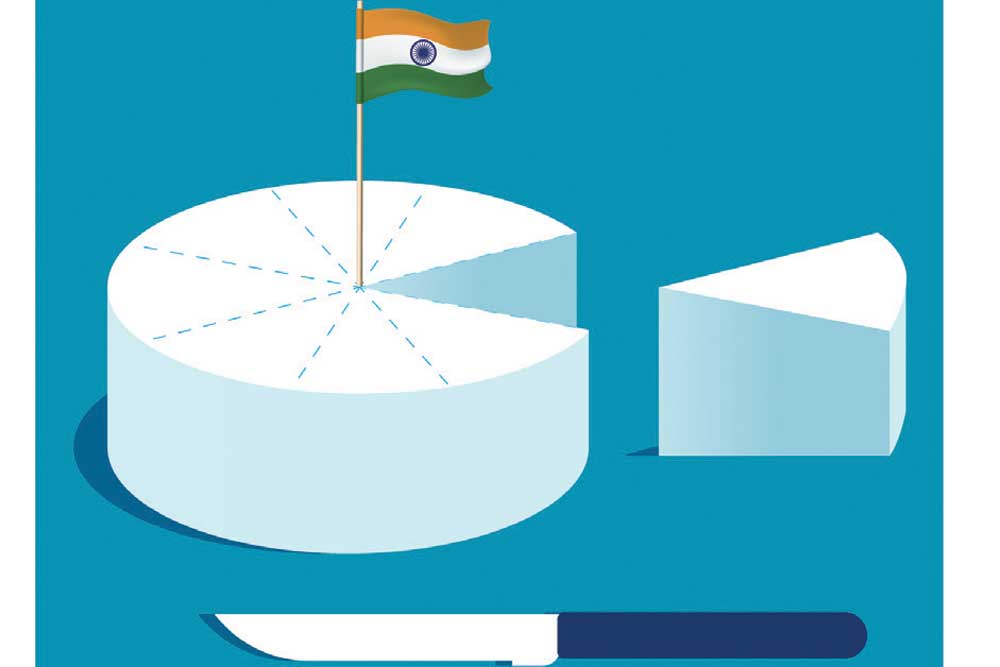 INDIA HAS 29 States and seven Union Territories. In a strict legal sense, India is not a federation of states. The states haven’t come together to form this federation, nor can they secede from it if they want. Therefore, Article 1(1) of the Constitution states, ‘India, that is Bharat, shall be a Union of States.’ Articles 2 and 3 talk about the admission or establishment of new states, and the alteration of areas, names and boundaries of existing states. ‘Parliament may by law admit into the Union, or establish, new States on such terms and conditions, as it thinks fit. Parliament may by law (a) form a new State by separation of territory from any State or by uniting two or more States or parts of States or by uniting any territory to a part of any State; (b) increase the area of any State; (c) diminish the area of any State; (d) alter the boundaries of any State; (e) alter the name of any State; Provided that no Bill for the purpose shall be introduced in either House of Parliament except on the recommendation of the President and unless, where the proposal contained in the Bill affects the area, boundaries or name of any of the States, the Bill has been referred by the President to the Legislature of that State for expressing its views thereon within such period as may be specified in the reference or within such further period as the President may allow and the period so specified or allowed has expired.’ In a strict federation, this wouldn’t have been possible.

We have had only one States Reorganisation Commission (SRC). It was constituted in 1953 and submitted a report in 1955. Let me quote from the report. ‘The existing structure of the States of the Indian Union is partly the result of accident and the circumstances attending the growth of the British power in India and partly a by-product of the historic process of the integration of former Indian States. The division of India during the British period into British provinces and Indian States was itself fortuitous and had no basis in Indian history. It was a mere accident that, as a result of the abandonment, after the upheaval of 1857, of the objective of extending the British dominion by absorbing princely territories, the surviving States escaped annexation. The map of the territories annexed and–directly administered by the British was also not shaped by any rational or scientific planning but by the military, political or administrative exigencies or conveniences of the moment.’ We know this and let’s not delve too much into history. States have been created for various historical reasons. Some were integrated into the Union between 1947 and 1950, some were reorganised between 1951 and 1956, with the States Reorganisation Act of 1956, and there were more changes in the 1960s and 1970s. Finally, we had Chhattisgarh, Uttarakhand and Jharkhand in 2000, and Telangana in 2014. There are demands for more states. If all these demands result in states, we will probably have 50-60 states.

For understandable reasons, state formation is an emotive issue. States have been formed for historical and linguistic reasons. The report of the SRC set out some principles. ‘The principles that emerge may be enumerated as follows: (i) preservation and strengthening of the unity and security of India; (ii) linguistic and cultural homogeneity; (iii) financial, economic and administrative considerations; and (iv) successful working of the national plan.’ These are rational principles and have almost never been adhered to in forming new states. What does ‘plan’ mean? There is a ‘plan’ element that doesn’t get junked simply because the Plan/non-Plan distinction has gone and the five-yearly Plan cycle broken. This ‘plan’ element is about public expenditure on goods and services designed to improve human development several years down the line, something the former Planning Commission called ‘perspective planning’. Depending on the public good or service, there is an optimum level of governance at which it is best provided. Above that level, diseconomies of scale and scope set in. Below that level also, diseconomies set in. For instance, defence or foreign relations can hardly be delivered at the local level. However, for most public goods and services that are likely to be delivered at the state level, were states to be created on rational considerations, most people will probably agree that there must be a range for population and geographical area covered by a state.

If good governance is defined as efficient delivery of goods and services, a population of 200 million (Uttar Pradesh) is sub-optimal and so is a population of 611,000 (Sikkim). A geographical area of 342,269 sq km (Rajasthan) is sub-optimal and so is a geographical area of 3,702 sq km (Goa). A priori, I don’t know what the appropriate threshold levels are for either population size or geographical area. But it does seem to me that some states are too large to govern efficiently and some too small to govern efficiently, with governance now being interpreted in that economic sense. Immediately after Independence, there was a reason for people to be emotive about state formation. But seven decades after Independence, I think we can be more rational about the way we look at states and their formation. I think we can be mature enough to ask for a second States Reorganisation Commission that will look at such issues. Let me now bring in the Finance Commission. A considerable amount of heat has been generated around the terms of reference of the 15th Union Finance Commission, such as the suggestion that 2011 population data be used. I don’t want to get into that. There is a history behind the evolution of federal finance in India. Even before the Government of India Act of 1935, to name three reports out of many, the Indian Financial Enquiry Report (Niemeyer Report, 1936), Krishnamachary Enquiry Committee Report (1948) and Committee on the Financial Provisions of Union Constitution (Sarkar Committee, 1948) all considered the problem.

The issue is exceedingly simple. Every citizen of the country, wherever he/she resides, must be entitled to a minimum basket of goods and services. Typically, these are public goods and services, because they won’t be delivered by markets and governments (in the plural) cannot abdicate the responsibility. A citizen cannot be penalised simply because he/she happens to be born in a relatively disadvantaged geographical area that lacks requisite physical and social infrastructure because of historical and other reasons. The Seventh Schedule sets out these layers—Union, state and local body—and this Seventh Schedule is also a part of that historical evolution. If every citizen is going to be entitled to the same minimum basket of public goods and services, there must be an attempt to compute cost of delivering these public goods and services per capita in different geographical areas. That’s not easy to do and one looks for surrogate indicators that are objectively measurable. Several Union Finance Commissions, including the 14th, used population and geographical area to compute this, at the level of the state. In 1936, Otto Niemeyer thought the same. It would be fair to ‘fix the scale of distribution partly on residence and partly on population’. But then, two further issues crop up. First, why are we not equally agitated about recommendations of State Finance Commissions that ensure devolution to local bodies which deliver several public goods and services? Why aren’t we bothered when states don’t implement recommendations of State Finance Commissions? Second, is there a better way of computing cost of delivering public goods and services rather than using surrogate indicators like population or geographical area? Let me mention the Productivity Commission in Australia, another ‘federal’ country. This has a very broad mandate. But one of the things it does is to compute such costs, used by Australia’s version of the Union Finance Commission. Perhaps we need something like the Australian Productivity Commission. (We do have institutions that might have done such work, but they don’t work very well.)

If we have threshold levels of population and geographical area, I think states will also become more homogeneous, including in cost of delivery of goods and services. (Larger states will be broken up.) Most demands for new states occur because there are disparities within the state. There are areas that are backward and deprived even today. History may change. But geography and agro-climatic zones do not change. I suspect a good way to think about planning, development and governance would be to think in terms of the river basins. The history of development and urbanisation has followed rivers. If one uses the classification used by the Central Ground Water Board, the country has been divided into 34 river basins. (There are other classifications with different numbers of basins.) A map will show you that these are all reasonably homogeneous. Perhaps this might be an idea that a second States Reorganisation Commission might use. Perhaps we will indeed have a second States Reorganisation Commission some day and remove the ad hocism in creating states.