Urban reforms aren’t only about an alphabet soup of acronyms 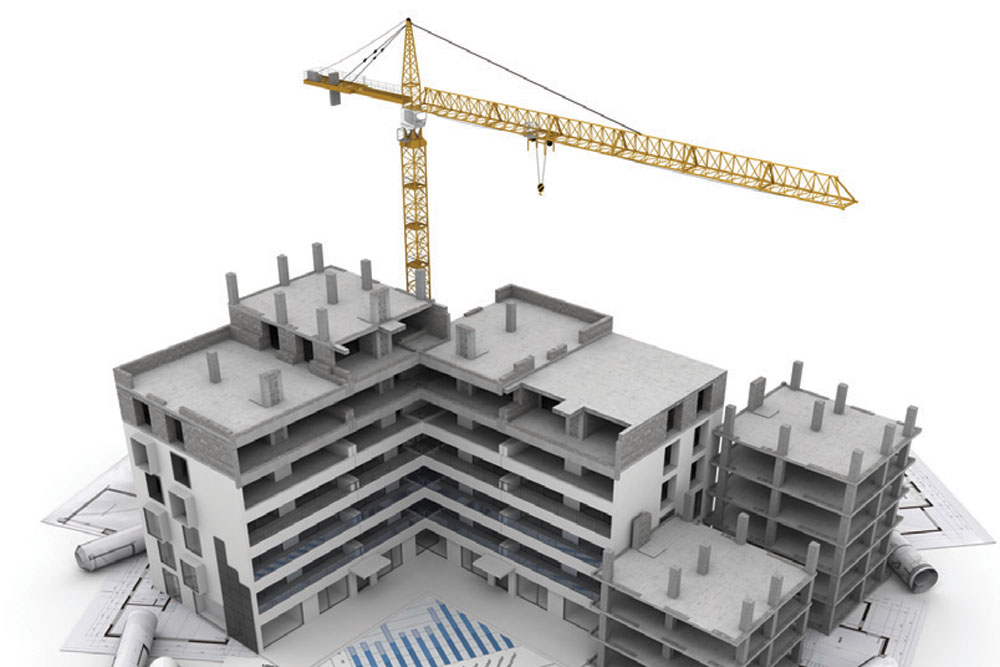 IN THE LAST column, I mentioned the Atal Mission for Rejuvenation and Urban Transformation (AMRUT), Smart Cities and Housing for All. There are people who will comment, ‘Nothing has happened under these schemes.’ But there are also people who will comment, ‘Wherever you travel in India, irrespective of the city, our cities look cleaner.’ There is an implicit contradiction in these statements being made simultaneously. I think part of the problem is that when we make the first statement, we expect overnight changes, as would happen if we were to create greenfield cities. When we make the second statement, we recognise improvements are often incremental. Today, for the Union Government, a lot of information is available on the net, including dashboards. It doesn’t take a great deal of effort to find out what has happened so far.

Let’s start with AMRUT. ‘Earlier, the [Ministry of Urban Development] used to give project-by-project sanctions. In the AMRUT this has been replaced by approval of the State Annual Action Plan once a year by the MoUD and the States have to give project sanctions and approval at their end. In this way, the AMRUT makes States equal partners in planning and implementation of projects, thus actualizing the spirit of cooperative federalism.’ This is a quote from the Ministry’s website. First, therefore, what has happened is a function of what states have done. Second, AMRUT has thrust areas: water supply, sewerage facilities and treatment, storm water drains, pedestrian facilities, non-motorised public transport, parking, green spaces. Third, AMRUT is restricted to 500 cities. Most, not all, of these cities have populations of more than 100,000 and municipalities. Fourth, there are reform milestones and timelines for AMRUT cities, covering e-governance, constitution and professionalisation of municipal cadres, double-entry accounting, urban and city planning, devolution of funds and functions to urban local bodies (ULBs), review of building bye-laws, municipal taxes and fees, levy and collection of user charges, credit rating of ULBs, energy and water audit and Swachh Bharat Mission targets. Depending on the reform, this timeline spans six to 48 months. With the reasonable assumption that these are desirable reforms, AMRUT triggers these. As many as 1,392 projects with an expenditure of Rs 3,359 crore have already been implemented under AMRUT. Another 3,306 projects with an expenditure of Rs 59,034 crore are under way.

Indeed, urban reforms aren’t only about an alphabet soup of acronyms. But remember there is also HRIDAY (Heritage City Development and Augmentation Yojana). ‘As a pilot, this flagship scheme of the government focuses on revitalizing twelve heritage cities, namely Amravati (Andhra Pradesh), Gaya (Bihar), Dwaraka (Gujarat), Badami (Karnataka), Puri (Odisha), Amritsar (Punjab), Ajmer (Rajasthan), Kanchipuram and Velankanni (Tamil Nadu), Warrangal (Telangana) and Mathura and Varanasi (Uttar Pradesh). The scheme will broadly focus on four theme areas i.e. Physical Infrastructure, Institutional Infrastructure, Economic Infrastructure & Social Infrastructure for reviving and revitalizing the soul of Heritage City. Identified cities/towns will be required to prepare Heritage Management Plan (HMP) for the city/town and develop and execute Detailed Project Reports (DPRs) for identified projects (after consultation with all stakeholders) for availing assistance under the scheme, through either empanelled agencies, state para-statals, Public Sector Undertakings, Special purpose vehicles et al. HRIDAY is a central sector scheme, where 100 per cent funding will be provided by Government of India. The duration of this scheme is four years and three months i.e. from December 2014 to March 2019. The scheme would be implemented in a mission mode.’ It’s already March 2019. What has happened so far? Seventy-seven projects have been approved. At the time of writing, more than 75 per cent projects have been physically completed. What kind of projects? I keep mentioning the dashboards. You can go and click on any of the 12 HRIDAY cities to see what kind of projects have been approved and completed.

Let’s move on to the Smart Cities Mission. It shouldn’t be that way, but I find a lot of people are still unclear about what the government is attempting to do to make a city smart. Hence, a quote from the Ministry: ‘The first question is what is meant by a ‘smart city’. The answer is, there is no universally accepted definition of a smart city. It means different things to different people. The conceptualization of Smart City, therefore, varies from city to city and country to country, depending on the level of development, willingness to change and reform, resources and aspirations of the city residents…. The strategic components of area-based development in the Smart Cities Mission are city improvement (retrofitting), city renewal (redevelopment) and city extension (greenfield development) plus a Pan-city initiative in which Smart Solutions are applied covering larger parts of the city. … Retrofitting will introduce planning in an existing built-up area to achieve smart city objectives, along with other objectives, to make the existing area more efficient and livable. In retrofitting, an area consisting of more than 500 acres will be identified by the city in consultation with citizens. Depending on the existing level of infrastructure services in the identified area and the vision of the residents, the cities will prepare a strategy to become smart. … Redevelopment will effect a replacement of the existing built-up environmentand enable co-creation of a new layout with enhanced infrastructure using mixed land use and increased density.Redevelopment envisages an area of more than 50 acres, identified by ULBs in consultation with citizens. For instance, a new layout plan of the identified area will be prepared with mixed land-use, higher [floor-space index] and high ground coverage. Two examples of the redevelopment model are the Saifee Burhani Upliftment Project in Mumbai (also called the Bhendi Bazaar Project) and the redevelopment of East Kidwai Nagar in New Delhi being undertaken by the National Building Construction Corporation…. Greenfield development will introduce most of the Smart Solutions in a previously vacant area (more than 250 acres) using innovative planning, plan financing and plan implementation tools (e.g. land pooling/land reconstitution) with provision for affordable housing, especially for the poor. Greenfield developments are required around cities in order to address the needs of the expanding population. One well known example is the GIFT City in Gujarat. … Pan-city development envisages application of selected Smart Solutions to the existing city-wide infrastructure. Application of Smart Solutions will involve the use of technology, information and data to make infrastructure and services better…. The smart city proposal of each shortlisted city is expected to encapsulate either a retrofitting or redevelopment or greenfield development model, or a mix thereof and a Pan-city feature with Smart Solution(s). It is important to note that pan-city is an additional feature to be provided. Since smart city is taking a compact area approach, it is necessary that all the city residents feel there is something in it for them also. Therefore, the additional requirement of some (at least one) city-wide smart solution has been put in the scheme to make it inclusive.’ If you have got the generalidea, don’t expect everything to be greenfield. Most people are aware of the competitions (for rounds) between cities. I will again refer you to the detailed dashboard for a report on where we stand today. An estimated 100 million people have benefited from 100 award-winning projects and other than the net-based dashboard, the Ministry has also recently brought out a compendium of award-winning projects.

A lot of attention gets devoted to the rural Swachh Bharat Mission. But let us not forget there is also an urban component. As many as 5.6 million individual household latrines (IHHLs) have been constructed so far. No less than 470,000-odd community and public toilets have been constructed. As the dashboard shows, there are only four states where the IHHL implementation is less than 91 per cent: Himachal (82.14 per cent), Uttar Pradesh (79.36 per cent), Odisha (41.46 per cent) and Manipur (68.89 per cent). So far 72,503 wards have introduced 100 per cent door-to-door waste- collection systems and 2,767 cities have been declared open defecation-free. This leaves the Pradhan Mantri Awas Yojana. This ‘provides central assistance to ULBs and other implementing agencies through States/UTs for: In-situ Rehabilitation of existing slum dwellers using land as a resource through private participation; Credit Linked Subsidy; Affordable Housing in Partnership; Subsidy for beneficiary-led individual house construction/ enhancement’. Against an estimated urban housing demand of 10 million, 7.9 million houses have been sanctioned. This is for individual beneficiary-led constructions. For the rest, a lot depends on states and they have started to compete, a desirable outcome. Not long ago, the Ministry produced a ranking of India’s cities, according to their liveability. One can always quibbleabout indicators and weights used in such rankings, constrained by availability of data. The top cities were Pune, Navi Mumbai and Greater Mumbai, while Kohima, Patna and Rampur (UP) were at the bottom. When this ranking is repeated, there will be some churn. At least, that’s what happens with any inter- state rankings. Progress is never uniform. Urban reforms are about triggering that progress.