As the UP Assembly election looms nearer, the battle between Samajwadi Party chief Akhilesh Yadav and estranged uncle Shivpal Singh Yadav is diffusing 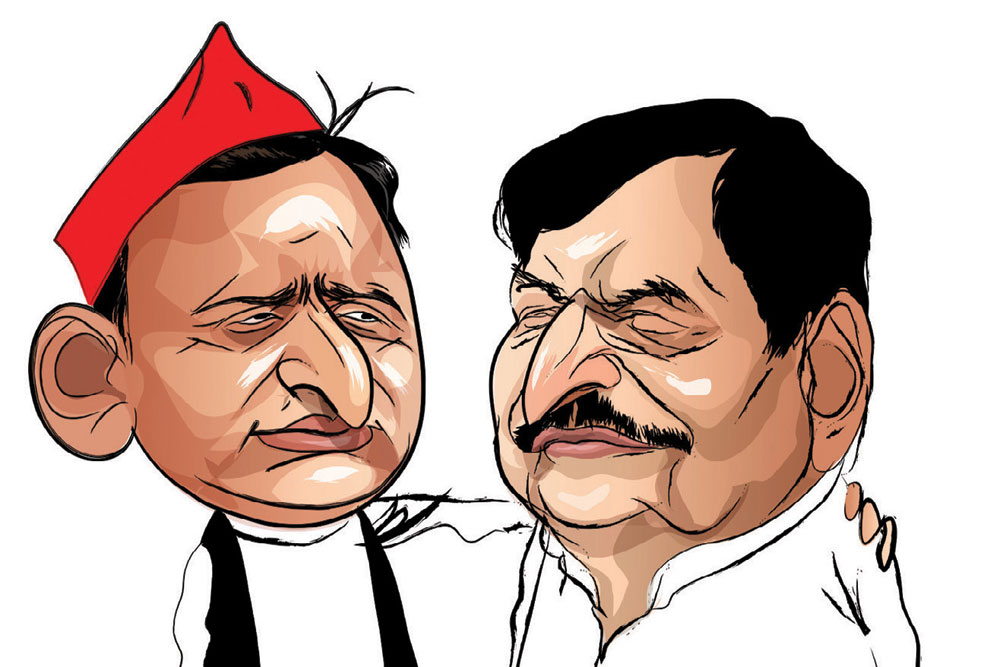 
In politics, friendships and enmities are temporary, especially between family members. As the Assembly election of Uttar Pradesh looms nearer, the battle between Samajwadi Party chief Akhilesh Yadav and estranged uncle Shivpal Singh Yadav is diffusing. In the last election, Shivpal broke off and floated a new party. Akhilesh asked the Assembly Speaker to disqualify him since he was a Samajwadi member. The Speaker didn’t take a decision and now Akhilesh has done a volte-face by sending a letter that he was withdrawing his complaint and that Shivpal must not be disqualified. There was reportedly a secret meeting between the two to sort issues out. Also, Mulayam Singh Yadav, the party patriarch, told his son and brother to be united if they wanted to win the next election.

When the Rajya Sabha elections take place, Jyotiraditya Scindia is expected to sail through comfortably with BJP MLAs voting for him. But a number of senior BJP MLAs are reportedly not happy with Scindia’s entry. Some may even be planning not to vote for him. It may not deny him a victory but the margin could be smaller. The BJP central leadership is trying to prevent this and has state office bearers looking into the issue. 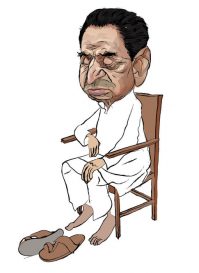 In the 15 months that he was Madhya Pradesh Chief Minister, Kamal Nath, the 72-year-old Congress leader, built a reputation for being casual. It was said that he used to spend a lot of time in Delhi while his senior party colleague Digvijaya Singh travelled in the state’s districts on his behalf. It reminded people of the late ND Tiwari when he was Chief Minister of Uttar Pradesh and people used to call him ‘New Delhi Tiwari’ for a similar reason. After losing power, Kamal Nath went to Shimla to take a break. He then planned to be active again as opposition leader. He started district tours but then the lockdown started. Now he is active again through video conferences with party workers daily in Madhya Pradesh.

Madhya Pradesh Chief Minister Shivraj Singh Chouhan has a different set of troubles. When the Kamal Nath government fell, 22 Congress MLAs led by Jyotiraditya Scindia came to the BJP. But till now, only three of them have got berths in the state cabinet. The BJP’s own leaders are also keen to get ministries. State leader Narottam Mishra, who finalised the deal with the breakaway unit, has now been made home and health minister. The former Congressmen are now pressuring him to get them ministries. That has led to tensions between Chouhan and Mishra, who himself had been a chief ministerial aspirant at one point. Recently, both had breakfast together at Mishra’s home and there is speculation about a cabinet expansion soon after the Rajya Sabha elections next week.

Amit Shah tested the political waters of the country by holding three virtual public rallies for Bihar, West Bengal and Odisha. The BJP’s election activities have started through this mechanism. The party claims Shah connected with hundreds of thousands of people through live television and mobile phones. Covid-19 will change election campaigns and the BJP knows that it cannot rely on the old style to get votes. 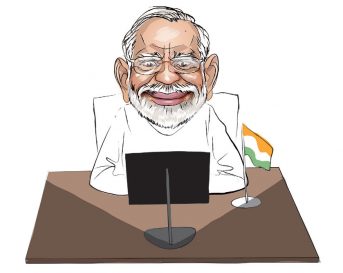 The Prime Minster has become very enthusiastic about digital diplomacy. A virtual summit with the Australian Prime Minister that he had pushed for went very well. Recently, Denmark’s Prime Minister also called him and discussed a proposed green pact. Before this, External Affairs Minister S Jaishankar had held video conferences with the ambassadors of Nordic nations.

Can West Bengal leader Mukul Roy, who jumped over to the Bharatiya Janata Party (BJP) from the Trinamool Congress, get entry into the Modi Cabinet before Assembly elections in the state? No one is sure. Some say he is not even a Parliament member at present. Roy is said to be frustrated in the BJP because its state president Dilip Ghosh, an old RSS and party hand, does not like him. Ghosh thinks Roy’s image is not clean, given his alleged involvement in the chit fund case being investigated by the CBI. On the other hand, Roy is close to Kailash Vijayvargiya, the BJP’s central observer for Bengal. Vijayvargiya had thought that Roy could break Trinamool but that didn’t happen. There are also rumours of a rapprochement between Trinamool chief Mamata Banerjee and Roy. Both sides deny it. And Banerjee’s nephew Abhishek Banerjee, who is virtually number two in the party, does not like the idea of Roy’s return.

Ekta Kapoor is in a fix after one of her serials allegedly showed the army in a negative light and they made complaints to the President and defence minister. The news leaked on social media and Kapoor said she was willing to apologise. Interestingly, she is supposed to be close to the BJP and even got a Padma award from the regime. But the Government and party are unwilling to take part in this controversy.