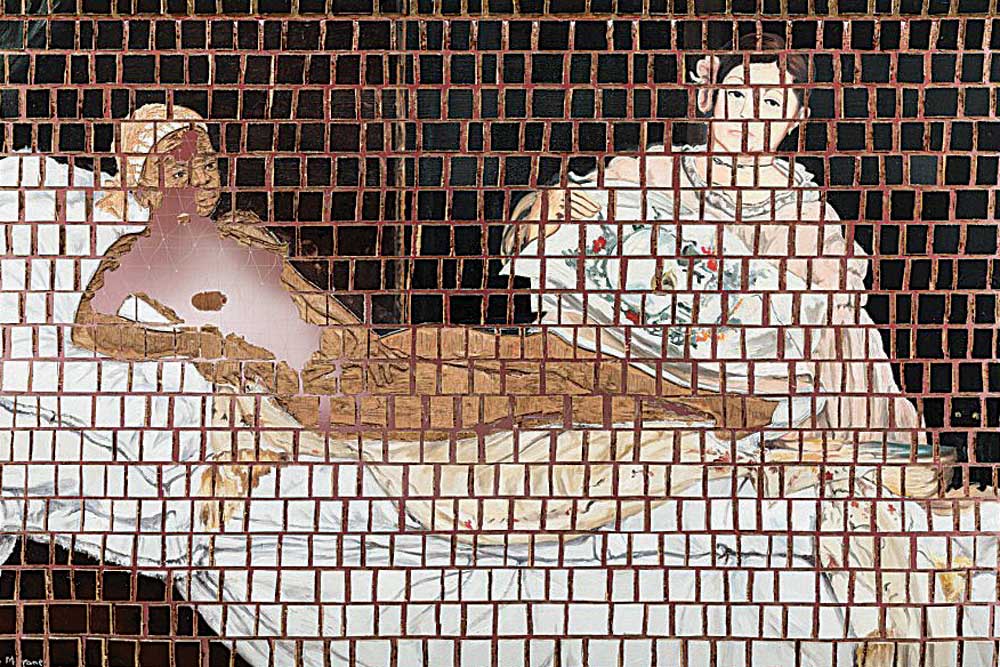 IT IS EASY to miss her. Towards the end of the video of Apeshit, the lead single from the album, Everything is Love, released by Beyoncé and Jay Z last year, she makes a fleeting appearance for a few seconds. A pair of inscrutable eyes set in an impassive face, a white turban tied casually and one dark breast slipping out of a white dress held together by the hint of a crimson sash.

Made by the French neoclassical artist Marie-Guillemine Benoist in 1800, this striking painting was simply known, until recently, as Portrait d’une négresse—the portrait of a Black woman. Part of the collection of the Louvre museum in Paris, it is currently on loan to the Musée d’Orsay, another well- known establishment for the visual arts in the city, where an extraordinary exhibition is on display until July 21st.

Black Models: from Géricault to Matisse delves deep into the archives of European art history to resurrect a vital cast of characters who have been mostly relegated to the margins so far. This is true especially in France, where generations of artists, since the end of the revolution to the years between the World Wars, were compulsively drawn to depict Black men and women in their work. Keenly alert to the beauty of their subjects, to the extent of fetishising their chiselled physique, these artists weren’t free of the colonial and Orientalist prejudices that complicated race relations in Europe well into the 20th century. Although Napoleon Bonaparte did abolish slavery in 1794 soon after the French Revolution, he retracted the treaty in 1802. However, he reinstated the decree after being crowned Napoleon I in 1815—though it would take a few years for it to be fully implemented across the country.

While social and political attitudes toward black people wavered in France through the long 19th century, an illustrious line of French artists, from Théodore Géricault (1791-1824) to Édouard Manet (1832-1883) to Henri Matisse (1869-1954), remained deeply enamoured of the ‘Other’. Black Models brings together some of the most arresting examples of White France’s preoccupation with Black bodies over two centuries. It also elevates its polemics to another level by renaming some of the iconic paintings and putting the emphasis squarely back on their Black subjects. Benoist’s portrait of the Black woman, for instance, is now known as Portrait of Madeleine, after the real name of its subject. Born in Guadeloupe, Madeleine, it is now known, was an emancipated slave, employed as a servant in the household of the artist’s brother-in-law. In painting her, Benoist followed the conventions of her day of portraying upper-class White women. Holding a genteel lady-like pose, Madeleine sits gracefully, looking placidly out of the canvas, the only sign of her origins betrayed by the exposed breast.

There are other curatorial interventions, too, that seek to put the spotlight back on the models who appeared unsung in so many paintings of that period. One of the familiar presences in the Parisian art scene during the early years of the 19th century was Joseph, who was born in Saint-Domingue and was first spotted by Géricault among a troupe of acrobats performing in the city. With his intense features, the handsome man soon created a stir among artistic Paris. In fact, between 1832 and 1835, Joseph would be employed by the École des Beaux-Arts as a professional model. A familiar face in many paintings from the first half of the 19th century, he appears, most vividly, as the figure at the centre of Géricault’s celebrated The Raft of the Medusa (1818-19).


Throughout the 19th century, interracial bonds were gradually becoming repositories of social value in France’s cultural life. And yet, Black people in European art didn’t get the due they deserved

THE EUROPEAN FASCINATION with stage performers would continue in the decades that followed. Edgar Degas painted the luscious Miss La La, caught in the middle of her trapeze act, in Miss La La at the Cirque Fernando (1879). Ira Aldridge, who emigrated to Britain in 1824 and became the first African-American actor to play Othello on stage, became the focus of several portraits. Painted in shackles as the subject of The Captive Slave by the English artist John Philip Simpson in 1827, Aldridge, with his upturned face and defeated demeanour, revealed his gift as a tragic actor on canvas too. Maria Martinez, the renowned singer and musician from Havana, was believed to be the ‘Maria of the Antilles’ who posed for the pioneering French photographer Nadar, the pseudonym of Gaspard-Félix Tournachon. Jeanne Duval, the actor and dancer born in Haiti sometime between 1820 and 1827, became mistress and muse to Charles Baudelaire at the age of 15 and remained with him, in spite of their stormy relationship, for the next two decades, until the end of her life. In 1862, Édouard Manet mentioned one Laure in his notebooks— a ‘very beautiful black woman’ who lived on ‘11 rue Vintimille, 3rd floor’. She is believed to have inspired the figure of the servant holding out a bouquet of flowers to her mistress, a White woman who is most likely a prostitute, sprawled naked and gazing out of the canvas, in his famous painting Olympia (1863).

Throughout the 19th century, bridges were thus being built on the foundation of interracial bonds that were gradually becoming repositories of social value. With the rise of mixed- race writers like Alexandre Dumas, Matisse’s growing love for the New York jazz scene (he met Louis Armstrong and Billie Holiday on a trip to the city) and the emergence of the Negritude Movement under poets like Aimé Césaire, these 100 years became a turning point in France’s cultural life.

And yet, in spite of a rich iconographic tradition based on their presence, with the golden years of jazz and Harlem renaissance in the interim, Black people in European art, especially in its history and museums, didn’t get the due they deserved. A careful viewing of Beyoncé and Jay Z’s video reveals some of these subtexts that are layered over its minutes-long duration. To begin with, the chosen setting for this unquestionably pop video is, cheekily enough, the mecca of European high art: the Louvre. The opening frame, where the couple stands in front of the Mona Lisa, also bears the mark of quiet rebellion. The composition seems to suggest the making of a new icon featuring the three of them, replacing the one by the Old Master. And then, there is the scene where Beyoncé dances with a group of Black women, all of them wearing skin-tone clothes, in front of Jacques-Louis David’s depiction of the coronation of Napoleon in 1807.Could there be a more sophisticated barb at a leader who legitimised the slave trade in France?

Earlier this year, it was reported that since Beyoncé and Jay Z released their video, footfalls at the Louvre have increased by a staggering 25 per cent. Certainly, at the Musée d’Orsay, which I visited on a crowded afternoon in April, the surge of public interest was palpable. Visitors, including a significant number of Black people, pored over every work, caption and note on the wall. While the classics drew the public’s attention, the responses to some of the iconic paintings in the form of works made by contemporary artists were met with no less enthusiasm.

Aimé Mpane’s Olympia II, for instance, is an inspired take on Manet. Made of salvaged wood, it reverses the position of the two original characters. Born in 1968, Mpane turns the Black servant into his nude Olympia, while hovering behind her is Manet’s White model, Victorine Meurent, her hair tied back with a flower as she takes on the subservient role in this reimagining. But most chilling perhaps is the bouquet that she proffers to her Black mistress. With a skull prominently displayed in it, her offering assumes a macabre flavour, symbolising the long and bloody trail of conquests of Africa carried out by the West for centuries. 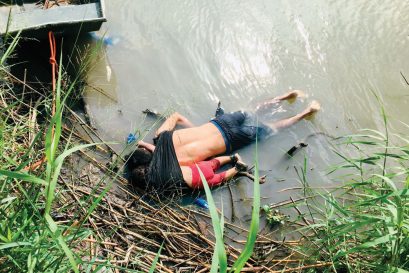 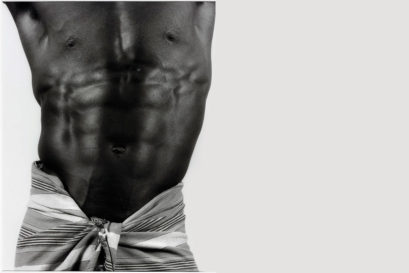 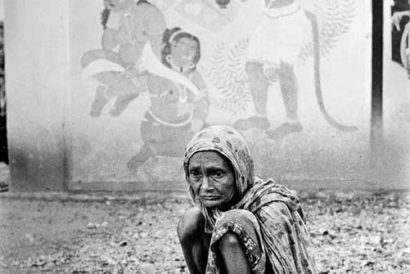