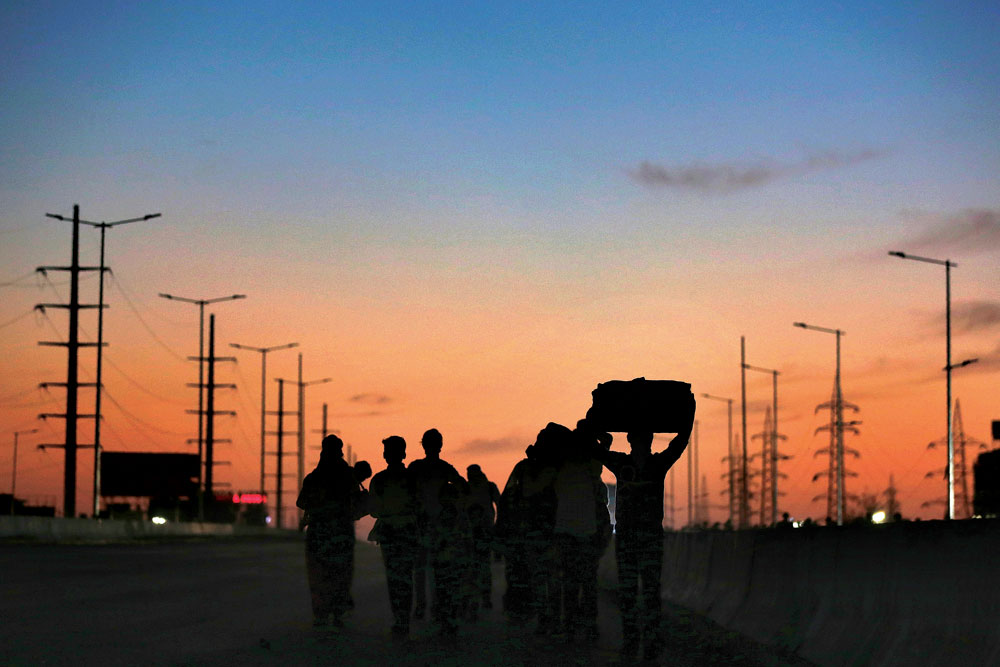 
IMAGINE YOU WERE a resident of Dharavi, nowhere close to a pleasant place by middle-class standards but, as slums go, among the better options in Mumbai. On March 22nd night, you come out clanging your plate cheerfully as per the directions of the Prime Minister. The next day you learn that the Chief Minister has ordered a lockdown that would last till the end of the month. A week without work, cooped up in your room, is difficult but manageable. A couple of days later, you learn that it is going to be for three weeks, till the middle of April. The alarm bells begin but, if the entire country is suffering, you can hold on. And then April becomes April-end. April-end becomes May 5th. May 5th becomes May 18th. Dharavi is now a containment zone and so your condition is getting worse. This week, the Prime Minister came and said that the next version of the lockdown would be different. You will definitely not be mollified. At some point, you will decide that the lockdown is not worth what it is doing to your body, mind and pocket. That is why labourers are putting on a Chinese-made backpack with a few clothes and packets of biscuits to embark on 2,000-kilometre journeys. There is no way any rational man could have imagined he would reach a village in Bihar from Mumbai with the entire route blocked off in every district on the way. And his reliance on nothing but desperation has made the Indian state give up trying to crush his intent. They realised that this was civil disobedience on a scale never seen after Independence.

By announcing from their legs they just wouldn’t obey no matter what the consequences, labourers have dictated what the policy of the Government should be. The brunt of the cost of social distancing was falling on them and it was no longer acceptable. This, according to a recent New York Times article which spoke to historians about earlier pandemics, is how they taper off. Long before the triumph of medicine, fatigue makes people agree to endure it. Coexisting with the virus becomes the only acceptable solution. As the article observed, ‘One possibility, historians say, is that the coronavirus pandemic could end socially before it ends medically. People may grow so tired of the restrictions that they declare the pandemic over, even as the virus continues to smolder in the population and before a vaccine or effective treatment is found. “I think there is this sort of social psychological issue of exhaustion and frustration,” the Yale historian Naomi Rogers said. “We may be in a moment when people are just saying: ‘That’s enough. I deserve to be able to return to my regular life.’”’

In the US, the Republican Party, has been pushing for relaxing the lockdown. India is different in that all political parties are in favour of it. The middle class went along with it. Businessmen, who saw the disastrous economic fallout, wouldn’t speak their mind. Ultimately, the poorest made the decision all on their own. That is a triumph of sorts for democracy.