The absence of government heads of China, Russia, Turkey and Brazil at the inaugural ceremony increased India’s importance 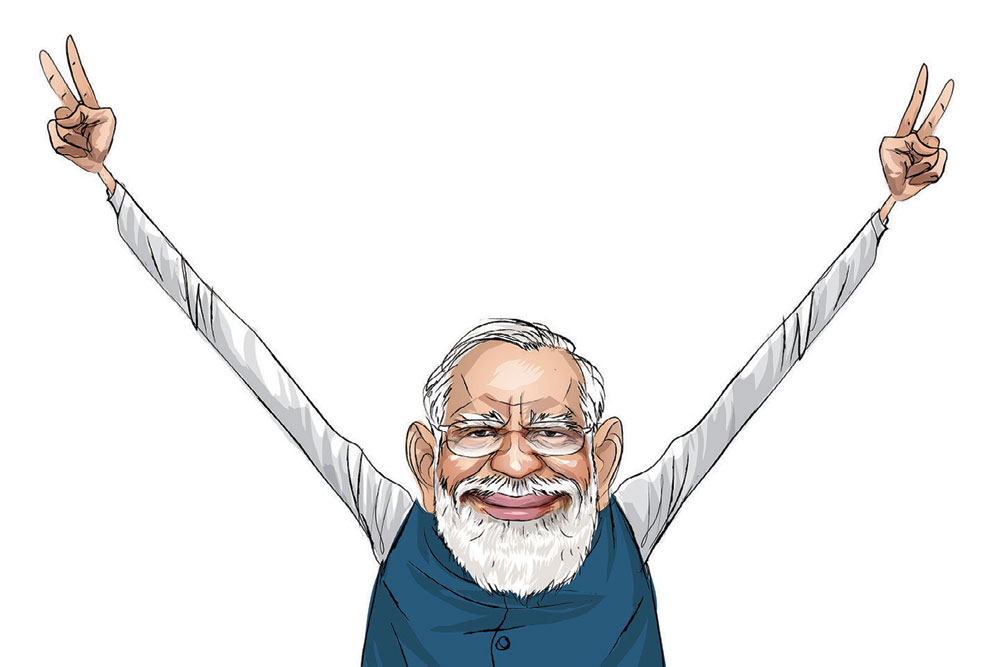 
At the COP26 climate summit in Glasgow, Prime Minister Narendra Modi got a lot of coverage from global television channels, which usually don’t give much importance to such a visit by an Indian leader. One school of thought is that the absence of government heads of China, Russia, Turkey and Brazil at the inaugural ceremony increased India’s importance. But at the summit, Modi fought for several issues of national interest. On climate change, Modi became the vanguard of the summit for developing countries and Asia.

Congress is feeling perked up after the recent bypoll results in 13 states and a Union territory. But the Bharatiya Janata Party (BJP) camp is saying that in the last seven years, usually they haven’t done well in by-elections. The Lok Sabha election story is in their favour. For Congress, the resounding victory in Himachal Pradesh, where they got 48.90 per cent votes, more than 20 per cent of BJP’s, is pulling them back from the gloom of steady decline. They are hoping this will propel Rahul Gandhi as the fulcrum of opposition unity, something leaders of other parties, like Mamata Banerjee, are also vying for. 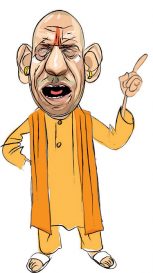 In the coming Uttar Pradesh elections, BJP might be raking up their old slogan—“Ayodhya tho jhanki hai/Kashi Mathura baaki hai (Ayodhya is only a glimpse, Kashi and Mathura remain to be fulfilled).” Uttar Pradesh Chief Minister Yogi Adityanath and his Deputy Chief Minister Keshav Prasad Maurya are also hinting that the unfinished agenda of reclaiming Kashi and Mathura mosques as temples will now be fulfilled. This goes against the party earlier toning down its rhetoric on temples after the Supreme Court verdict permitting a Ram temple in Ayodhya, but when it comes to elections, there is nothing as important as victory. It could enthuse the Sangh Parivar to win the election.

In West Bengal, the Communist Party of India (Marxist)’s state secretary Surjya Kanta Mishra’s term is ending and a new person will be selected for the post in February when the party’s state conference takes place. The two main contenders are Mohammed Salim and Srideep Bhattacharya. Salim has an advantage in that he is already a politburo member. He is also an ex-minister of the state and a former member of both Lok Sabha and Rajya Sabha. He also has the advantage of becoming the first state secretary from the minority community. Bhattacharya, meanwhile, was once thought to be close to former Chief Minister Buddhadeb Bhattacharjee but has held junior positions as compared to Salim. The counterargument is that not popularity but organisational capabilities should be the main factor in choosing the state secretary.

After attacks on the Hindu minority in Bangladesh, BJP leader Suvendu Adhikari along with a delegation met the Deputy High Commissioner of Bangladesh in Kolkata. BJP also demonstrated against the Bangladesh Deputy High Commission in Tripura. A lot of posters have also come up in front of the premises. The Bangladesh government is not pleased. It is said to have communicated to the prime minister that the state leaders need to restrain themselves. There are several joint development projects, including railway tracks being laid from Tripura’s capital Agartala to Bangladesh. But if the agitation continued, there could be a popular reaction in Bangladesh leading to the stalling of economic cooperation. Delhi seems to be in agreement with Dhaka and is trying to rein in the local leaders.

After the arrest of Nationalist Congress Party (NCP) leader and former Maharashtra Home Minister Anil Deshmukh, there is now considerable scrutiny of the state’s Deputy Chief Minister Ajit Pawar by Central agencies. Pawar got corruption cases withdrawn when be briefly jumped over to BJP after the election, a gambit that failed. He returned to NCP and its leader, his uncle, Sharad Pawar’s fold and it might even have been a deliberate ploy by the two of them. Some say the Centre is now punishing him for it. Another rumour says Chief Minister Uddhav Thackeray has not been comfortable with Ajit Pawar and Deshmukh, and so this is all part of Shiv Sena and BJP coming together again to form the state government.

The planned new flight service from Srinagar to Sharjah was stalled after Pakistan refused to allow overflight. The airline in question is ironically headed by the Wadias, who have Muhammad Ali Jinnah, the founder of Pakistan, as their ancestor. Without flying over Pakistan, the route does not make economic sense.

Rajasthan Chief Minister Ashok Gehlot could soon expand his cabinet to induct 14 to 15 more state Congress leaders. He has been making frequent trips to Delhi to meet Priyanka Gandhi and other senior leaders to finalise the list.