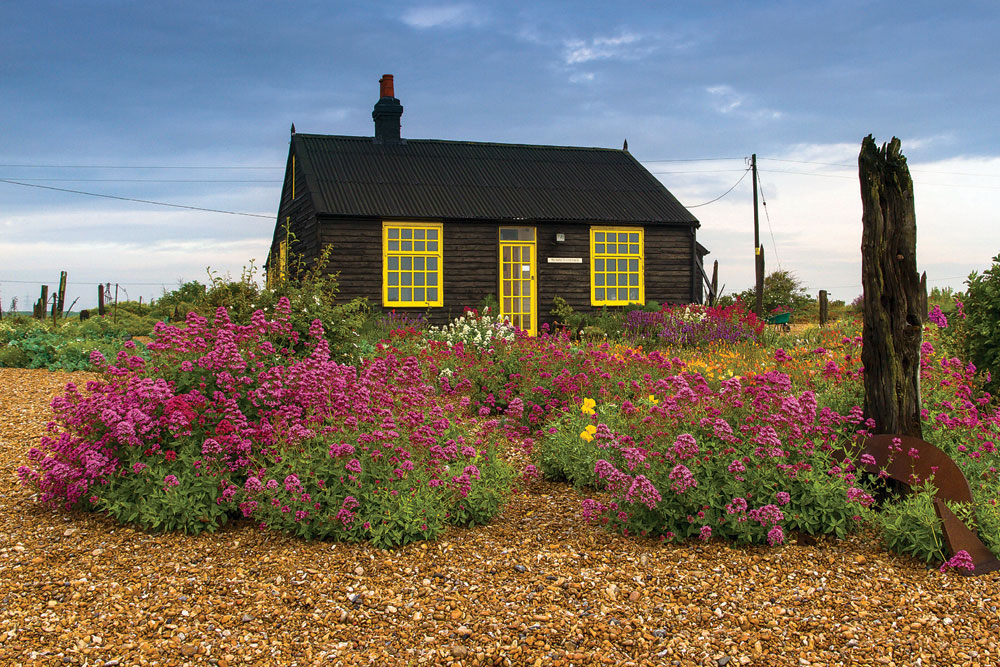 
COME OCTOBER, you can dream about how you want to see your garden for the next six months. Summer heat is behind you, the last of the monsoon rains will peter out in the next couple of weeks. Yes, the time between the storms is longer and the heat more intense and sucks out the moisture from the plants but at least now you can look forward to a not-so- distant moment when you water your plants once every two days or three days, not twice a day. You’ve also had the time to think about what you want to see from your windows or from your deck chair in your balconies or terrace.

September was the month to plant the seedlings for chrysanthemums. I got 70 seedings and planted them in tubs and pots. I prefer the button variety and the single-flower variety rather than the double ones, which tend to be leggy. The smaller button variety look attractive and when planted properly resemble a huge bunch of buds in a vase. If you choose a yellow colour and plant them in a pot and set it on the ground, you can still see their tops while sitting down, and it feels like you are in a wild garden peppered with turmeric. The leggy variety of chrysanthemums are about three feet or more in height and you see more of their stalks, which are quite ugly, from your deck chair. For those who haven’t yet planted the seedlings, don’t despair. If I were in Delhi, I would go to Sunder Nursery or one of the nurseries in Chattarpur and get the readymade pots with buds. You will still have the sense of having nurtured the buds into flowers when they bloom.

I also decided to repot my grasses, which I am using to screen my terrace from neighbours. Think of grasses as the ballerinas of a garden. They are lithe, graceful and have an elegance of movement that is hard to rival. They change colour and become brown, rust and cream in winter and are green in summer and monsoon. Sitting among grasses reminds me of being moored on a raft on a sandy beach.

July-October is also the best time to get your plants to grow as much as possible (though you will have to content with the monsoon until mid-late September). Let your syngoniums and bamboo grass leaf out and become full and voluminous. Let the plumbago and the shrimp plant become jungle-like in the density of their fronds. What you want is abundance—flowers and variegated leaves and creepers spilling out of pots and pergolas. That’s what gives a garden its bloom. You could, as I have just done, prune the grasses to give them shape.

Let’s turn to the garden you have designed in your head. Do you want a romantic garden? Think pale pink or white roses tumbling out of an urn, scented lavender lining the path, impatiens and petunias beckoning with their abundance and, of course, the archway above a bench, hosting fragrant white clematis. Or do you prefer a seaside garden? Think stones and pebbles and gravel interspersed with tufts of grass in small round pots hidden in the stones, and the poppies and cosmos for splashes of bright colour.


Dungeness Beach was a microclimate of extremes. Derek Jarman dreamt of an oasis and that’s what he created – by hand and on a shoestring budget

One tip from experienced gardeners is to choose a strong concept. Think of a painting—a Ravi Verma or a Hussain or a Monet. Try and create the spirit of those paintings by choosing the colours or the lines. Or recreate the colours and design of a Persian carpet in your garden. The saffrons and the indigos and the salmon pinks. Or recreate a garden from one of your favourite books.

I am reading Derek Jarman’s diary. For those who don’t know (and I didn’t until gardening became my obsession), Jarman, a film director, artist, gardener and stage designer, retreated to his cottage in Dungeness, England, and designed a garden while he was dying of AIDS.

‘My garden is a memorial,’ he wrote on Saturday, April 15th, 1989, ‘each circular bed and dial a true lover’s knot—planted with lavender, helichrysum and santolina.’ He described his garden to a friend and told her that he intended to write a book about it.
She said ‘Oh, you’ve finally discovered nature, Derek.’
‘I don’t think it’s really like that,’ I said, thinking of
Constable and Samuel Palmer’s Kent.
‘Ah, I understand completely. You’ve discovered
modern nature.’

Jarman bought Prospect Cottage, a fisherman’s house on Dungeness beach, for £32,000. It was a microclimate of extremes—droughts, gales and leaf-scorching salt from the sea. And it had a nuclear power station for a neighbour. Jarman dreamt of an oasis and that’s what he created—by hand and on a shoestring budget. The diary is filled with entries about hauling manure, backbreaking digs in the shingle and collecting broken glass and other rubbish flung by day trippers to the beach. ‘At low tide I collect large oblong flints which are uncovered by a good storm and plant them upright like dragon’s teeth in the beds. In front of them two small circles of twelve stones each form a primitive sundial. In spite of the dry summers these flower beds thrive. A little mulching helps.’ It is still one of the best gardens in the world—striking in its simplicity and loveliness. Alys Fowler aptly describes Jarman’s garden as mixing the wild with cultivates, making art out of rubbish found on the beach and in a setting with no boundaries, ‘where everything is an edge: shingle, sea, sun, wind all shifting and changing’.

Jarman records how the garden started by accident. A dog rose was transplanted and supported by a ‘sea-worn driftwood staff topped with a knuckle of beach-combed bone’ and seedling seakale was protected by ‘an elongated low-tide flint’.

From that point the garden evolved as treasures washed up by the sea were gradually added, and now 600 varieties of plants grow in this shingle.

If Jarman could create this garden in a place of biting winds, salt spray, strongest sunlight (in Great Britain) and the lowest rainfall, why can’t I do it in the wind tunnel on my sunny rooftop in sub-tropical Delhi? I decided to fashion one part of my rooftop (at least for the next year) along the lines of Jarman’s garden. Grasses, roses, pebbles, crocuses (well, crocus-like plants), seakale (perhaps I will use ornamental kale) and yellow flowers (instead of daffodils, I opted for lantana, which flowers more in summer but I am hoping it will keep going for most of winter) and wild flowers (wild petunias are absolutely bewitching) and small white flowers (verbena, white lantana and jasmine). If you have the space to nurture goldenrod, then I recommend it for its bloom in October-November. I did try last year but nothing is more depressing in a small garden than looking at pots filled with earth and holding twig-like plants for most of the year. Golden rod is a butterfly magnet and, when planted in a group, unfurls a dramatic splash of yellow-gold. In short, my plan for the next seven months is to use plants that grow well here in sub-tropical Delhi, create microclimates by arranging the pots to shelter the more fragile ones and conjure up a Jarmanian oasis of wild and elegant beauty.

Fragrance is a key element in my garden. I already have fragrant flowering plants—roses, champaca, jasmine creepers, wisteria. Do invest in a few such plants before winter arrives. Warmth tends to enhance scent while the cold dampens it. Scented plants attract more bees and butterflies, which alight on the flower that smells sweet and meaty, while beetles prefer strong musty and fruity scents. This helps in pollination. Isabel Bannerman writes in the London Telegraph that what we typify as the scent of flowers may well be the product of a natural selection process in which plants imitate the smell of insects. Butterflies do in fact smell of citrus or vanilla. Without the scent of butterflies, there would be no scented flowers.

But in Delhi, we have an added problem of pollution. A University of Virginia study estimates that scent molecules travel in unpolluted air for 2,000 metres, compared with only a couple of hundred metres in modern cities. This is because the volatiles react chemically and are destroyed by ozone, hydroxyl and nitrate radicals present in the air. Delhi, as we all know, is perpetually in the red zone for most of the year and much more so with crop burning in Punjab and Haryana in November.

With the high number of pollutants in the air and the shrinking space for trees and gardens, the flowers will stop having fragrance. It is getting very hard to buy fragrant roses in a plant nursery these days. Hybridisation has not helped either. So go out there and get pansies, phlox, day lilies, alyssum and other flowers and plants that butterflies adore. Bring fragrant butterflies back into your garden.