The Jaipur Literature Festival, historian David Cannadine and Budget relief for the media 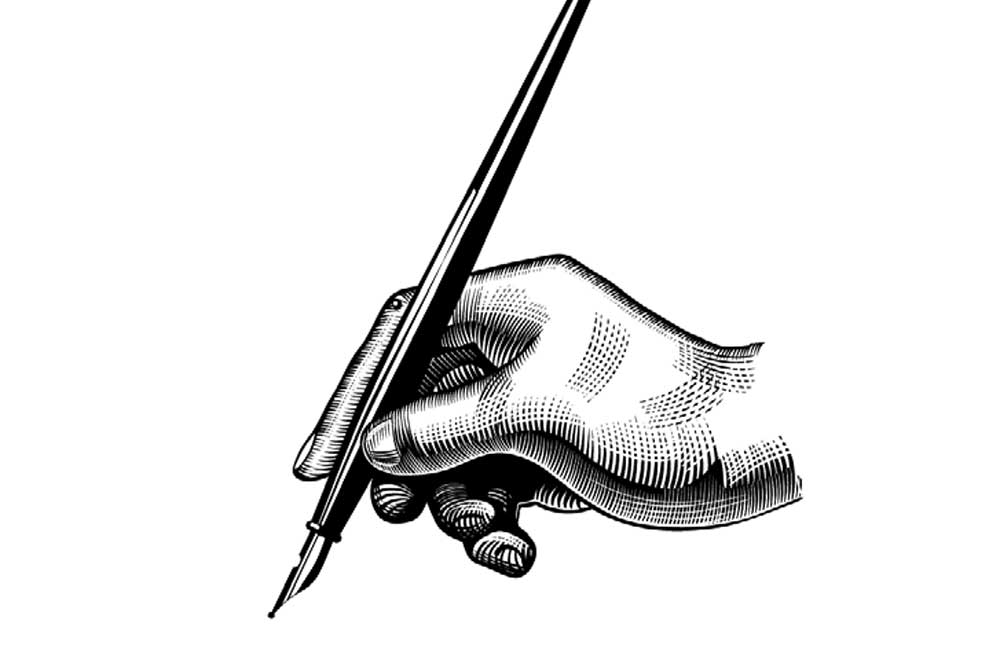 WINTER IN INDIA is also the season of literature festivals, a very welcome development that encourages the reading habit in the age of 140-character communication. Almost every city and exotic locale now boasts a literature festival— sometimes multiple events—of uneven quality.

Of all the festivals, I am most attracted by the four-day event in Jaipur. I first attended the event in its second year in 2008 and have been a loyal participant ever since, even as the size of the event has grown unmanageably. My partiality towards the Jaipur Literature Festival, now 10 years old, stems from two things. First, it is the only festival that attracts the very best writers in English from across the world. Predictably, there is an Anglo- American bias, but so what? Secondly, this is the only festival that caters to my special interest: writings on history, particularly European history. For the past five years, I have moderated sessions on exotic historical themes. This has forced me to read tomes that would otherwise have remained in the to-be-read pile of my library.

This year I was particularly privileged to have two conversations with one of Britain’s foremost conservative historians, Andrew Roberts. I guess many professional historians in India would gnash their teeth at the very mention of Roberts because of his political inclinations. He has written a sympathetic biography of Lord Salisbury— the role model of the High Tories whose portrait is prominently on display at the Carlton Club, a study of Lord Halifax (we know him better as Lord Irwin) who is reviled as a man who would have cut a deal with Hitler after the fall of Poland in 1939, and a magisterial and adulatory study of Napoleon. He is now engaged in researching a biography of Sir Winston Churchill, which, I presume, will give no quarter to those who judge him by today’s human rights standards.

I appreciated the fact that in a discussion on Churchill that, alas, wasn’t very well attended, he explained the man-made Bengal famine of 1943 as stemming from difficult “strategic choices”. I am not entirely persuaded but at least Roberts didn’t tailor his views to suit the convictions of many Indians who hold Churchill guilty of genocide.

AMONG THOSE WHO participated in the discussion on Churchill was the historian Sir David Cannadine, now a professor at Princeton and the editor of Oxford Dictionary of National Biography. If Roberts was naturally contrarian and a shade flamboyant, Cannadine was far more measured in his views and immensely erudite—a true old-style historian who can motivate students.

However, my reason for mentioning Cannadine is a little different. Nearly a decade or so he published a slim volume entitled Ornamentalism —his description of the British Empire’s penchant for pomp and pageantry. As the years go by, I am more and more convinced that the legitimacy of British rule in India owed considerably to its systematic cultivation of grandeur, something that overawed Indians who love anything spectacular.

The thought resonated in my mind at the Beating Retreat ceremony in Delhi’s Vijay Chowk, the formal culmination of the Republic Day ceremonies. The setting—a square surrounded by North and South Blocks and the Parliament building—was certainly spectacular, as was the sight of the President descending down Raisina Hill in a horse-drawn buggy, flanked by the red-coated mounted President’s Bodyguards. The bands of the armed forces and the police, resplendent in their ceremonial uniforms, marching down the Hill with bagpipers swaying to marching music was enough to give me goose pimples.

The crowd loved it, particularly when the staggered roll of drums was followed by the chant of ‘Bharat Mata ki Jai’. The music has, over the years, been considerably indigenised, but old tunes such as Scotland the Braveand the haunting notes of Abide With Me remain. In one of the tunes I even detected the notes from the song Hang out the Washing on the Siegfried Line.

I believe that the Republic of India is the inheritor of the British Raj in India. The ornamentalism of the hugely popular Beating Retreat confirms it. Long may such traditions survive.

AMONG THE MOST dreary things I had to do when running the editorial pages of different newspapers was the comment on the Railway Budget. It was sheer drudgery, made more so by the fact that no one in the team had any interest in the subject. The merging of the Railway Budget must therefore come as a huge relief to those who were obliged to proffer largely uninformed, gratuitous comments.

It is the most media-friendly gesture of the Modi Government.