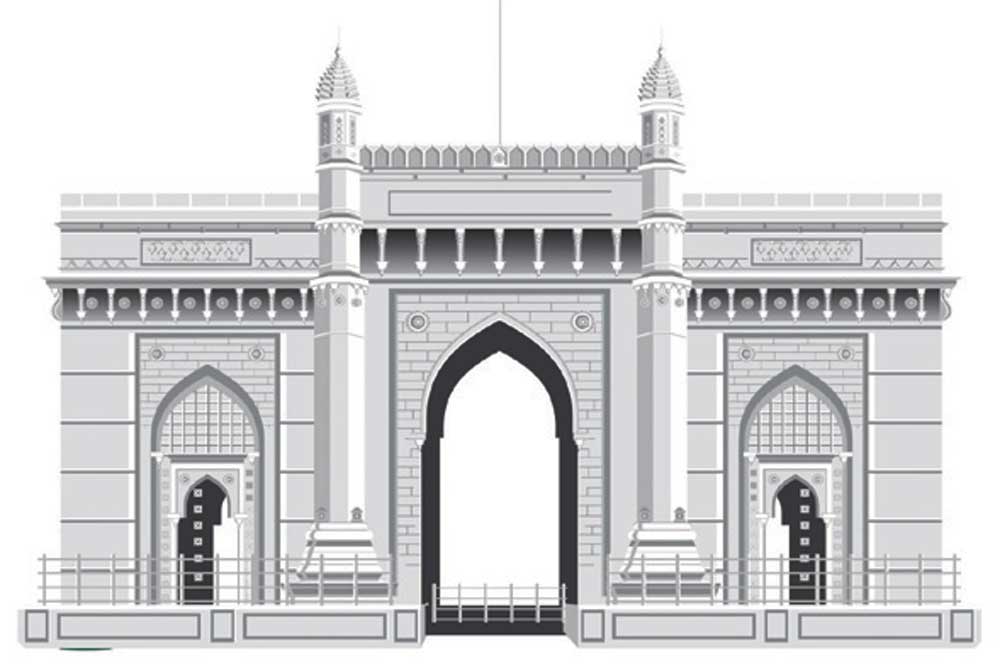 WE DIDN’T NEED the papers to tell us we were being wrung dry by global warming: our bodies told us that, sending us scurrying to turn on fans faster than fast, air-conditioners cooler than cold. October in Mumbai is the worst month: the monsoon has departed and winter has still to set in. But keen observers of weather (that’s all of us) noticed a few things which gave advance warning that all was not well. The monsoon hadn’t gone, as it always does, with its farewell histrionics of thunder and lightning; instead, it had departed quietly and early, as if running away with its tail between its legs. Then came the heat wave: October 5th: 36°C; 6th: 37.2°C; and 7th: 37.8°C. It was the second hottest October day in a decade, 5.8°C above normal.

By coincidence, I came across a paper clipping stored away in an envelope. ‘Mumbai rated “very hot” on heat index in 25-city study.’ The heat index, it said, measures how hot we feel when relative humidity is factored in with air temperature. The next headline: ‘City records decade’s 3rd hottest Feb day at 38.6°C.’ The date of the paper was February 26th, 2017! Welcome to Mumbai, the city of records.

The report of the Intergovernmental Panel on Climate Change issued this month gives dire warnings of global warming which—given the evidence of our own bodies—we now believe implicitly, except those of us who are Donald Trump (I believe there’s a tribe by that name). In the last 150 years, temperatures in India’s four metros have risen by 0.6°C (Chennai) to 1.2°C (Kolkata), with Mumbai near the lower end and Delhi near the higher end. The way things are going, temperatures will rise by 1.5°C across the globe in the next 20 years with catastrophic results. The consequences are not just discomfort, but increased mortality (yes, millions die of heat) plus a sizeable dip in the production of food crops like wheat and rice. Nature’s fury is like a lover scorned.

HOME FOR ME is a high-rise in Worli where the sea breeze sometimes is so strong that doors slam in your face. That breeze used to mitigate temperature spikes, but no longer. The reason is simple: work on the Mumbai Metro is in progress (Mumbai is upgrading!) and every tree—and there were many—has been felled and cut and swiftly moved away. It’s a bare landscape now, spectacular proof that we are in Devendra Fadnavis land.

I work from Malabar Hill, surrounded by trees and plants. I don’t need a thermometer to tell me the temperature drops by quite a few degrees as I move here from Worli. ‘Elementary, my dear CM,’ Sherlock Holmes would have said to our Chief Minister if asked for the reason for the temperature drop. ‘The clues are staring at us from the trees.’ However, it’s not that Fadnavis loves Nature less; just that he loves Builders more. Proof? He has just announced more concessions to developers. By my calculation, he makes one such announcement per month. But I may be wrong; he may be making two, or even three of them.

PROFESSORS OF ENGLISH, Scrabble players and Shashi Tharoor would know what ‘arborist’ means; for the rest of us, he is a specialist in the cultivation and care of trees. Faced with a hue and cry from that pesky band called activists which was protesting the felling of trees, Mumbai Metro Rail Corp Ltd (MMRCL) decided to do something about it: hire a foreign arborist.

I can see the logic of that. If MMRCL had hired an Indian, activists would have gone to town (and the countryside) shouting ‘Hiring a maali?! How’s that going to save our trees?’ So it had to be a foreigner, and to make it even more impressive, he was to get a salary of Rs 22 lakh per month plus accommodation allowance of Rs 10.8 lakh plus four trips in six months to his native Singapore. Further, MMRCL announced, Simon Leong (for that was his name) was already here, and busy at the Metro sites.

However, when that other pesky breed, the media, contacted Arborist Leong, he was still in Singapore. He wasn’t even appointed, he said, and Rs 22 lakh plus perks was compensation way beyond anything he would ask for. That’s when MMRCL said, ‘Yes, yes, a foreign arborist is indeed here, though his name is not Simon Leong but Rick Thomas,’ which, I suppose, is close enough. MMRCL revised some other information too. For the 33.5-km Metro III line, plus its car shed at Aarey, it had said only 250 trees would be cut (announced proudly by our Nature- liking Chief Minister). Later, to the National Green Tribunal, it said, ‘Sorry, the figure is 500.’ Now, we learn, 3,184 trees will be cut, thus proving that ultimately all information is useless.

Here’s a last bit of useless information. The cost of cutting a tree varies from Rs 940 to Rs 28,548. The total cost of felling trees for Metro III is Rs 3.2 crore. That’s small change for such destruction.