The persistence of killer potholes 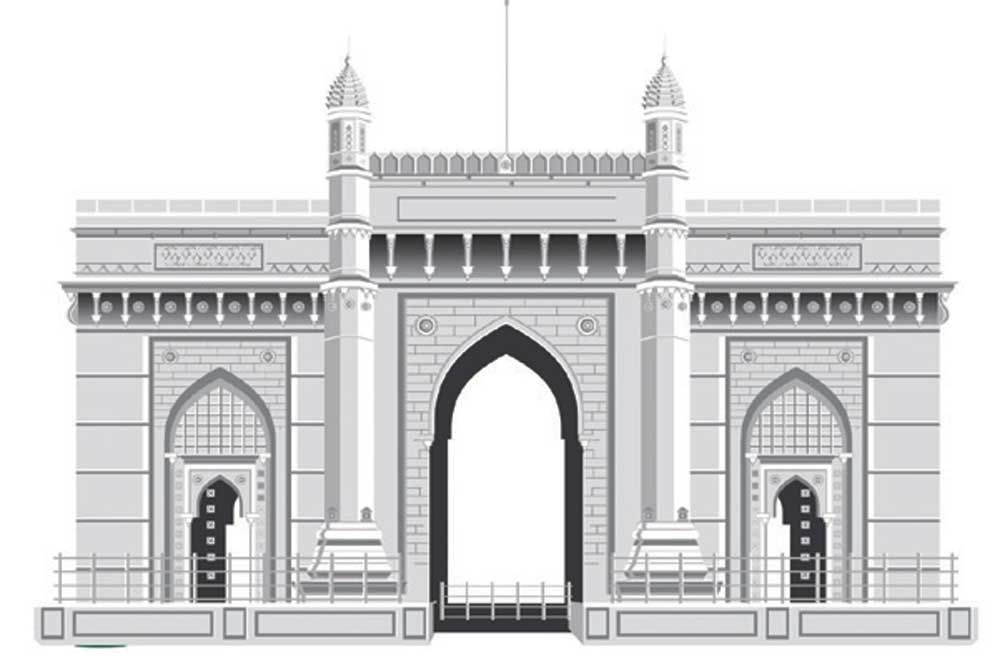 THE PRIME MINISTER of India boasts of his government’s achievements whenever and wherever he speaks. Following His Master’s Voice, the Chief Minister of Maharashtra does likewise. Here’s his latest statement, delivered to the Assembly with a flourish of trumpets:

The declining figures the Chief Minister is bragging about are the number of potholes on Mumbai roads. Since their number is dynamic, as new ones form every day and old ones are filled (presumably every day too), there must be an army of municipal employees whose whole-time job is to count potholes. The city might be better off if they filled them instead, but as in all things municipal, there’s a logic in their madness, if only we could understand it.

There’s a brilliant photograph doing WhatsApp rounds. It shows a crowd standing around a pothole (a crater actually). The caption says: ‘In Mumbai today: NASA and China are scared that India is preparing to launch an Ashok Leyland into space.’ And so it would seem because in the crater is a very large yellow trailer-truck, its front cab pointing almost vertically upward.

It could be one big joke, but isn’t, because we read too often about two- wheeler drivers being killed as their bikes suddenly sink into a pothole (not visible because the road is covered with rain water) and they are flung out and go head-first into a pavement. The other day, there was a particularly gruesome death: a pillion-rider was thrown off, landed on the road and a truck ran over her.

Besides taking emergency safety measures like counting potholes to prevent such tragedies, the Municipal Corporation has now taken another safety measure: it’s putting up banners everywhere which, in essence, say ‘Beware of potholes’. Of course, being a municipal corporation in whose hallowed halls verbiage is the soul of wit, the banners don’t actually say it so briefly. They say, and I do not quote, ‘This banner has been put up to warn you that because of inclement weather and incessant rains, and in spite of the vigorous and urgent measures taken by your beloved corporation, there is the possibility that some roads may have some potholes in them. Should you unfortunately hit one of these very small, very few potholes, you are advised to exercise the utmost caution as some potholes can be injurious to health. Should you be injured, minorly, seriously or fatally, the municipal corporation takes no responsibility because you have been adequately warned, and your injuries are due to your own carelessness.’ Now people are falling into potholes while reading these signs.

What causes potholes? Heavy rain. Is that an unusual occurrence in Mumbai? Not that I know of. It may not even be news to the Met Department. When was Marine Drive built? In 1940 by philanthropist Bhagojisheth Keer and civil engineering contractor Pallonji Mistry (that may explain why its official name is Netaji Subhas Chandra Bose Marg. Then again, it may not). The 3.6-km-long, C-shaped boulevard, often called the Queen’s Necklace, did not need resurfacing for 72 years, in spite of being right next to the sea, and in spite of carrying heavy traffic through the day. Perhaps for 72 years, it didn’t rain on this stretch of road. Whatever the reason, Marine Drive remained a very un-Mumbai road, pothole free.

If someone wanted to, they could wonder why. If they wanted to, they could replicate this remarkable piece of Elon Muskish technology throughout the city. They don’t because there’s no profit in it. There are city-based civil contractors like Larsen & Toubro that build dams and things which withstand tonnes of water, but they never bid for contracts to build Mumbai roads. Perhaps they are afraid of rain water? Or it could be that they could never bid as low as the Municipal Corporation’s favourite contractors and all their effort in filling up tender documents will be wasted.

What is the secret of these favourite contractors’ low, low rates? They are genuine low rates for the work they do. And when their roads crack up with laughter and pothole-size dimples light their faces, they submit further low, low bids for road repairs. Then yet again. And since the municipality really cares, they sanction these low, low rates again and again.

As sure as the rains, some columnist, editorial or politician will suggest Mumbai should get a fully-empowered mayor like London and New York, rather than the purely ceremonial one we have now. The mayor’s powers in Mumbai are vested in the Municipal Commissioner, who is generally an IAS officer personally picked by the Chief Minister. In spite of the many levers of power controlled by him, most money- spending and awarding of contracts is in the hands of elected members of the Municipal Council. This separation of powers doesn’t work for the city. If you are a pothole, it works brilliantly.