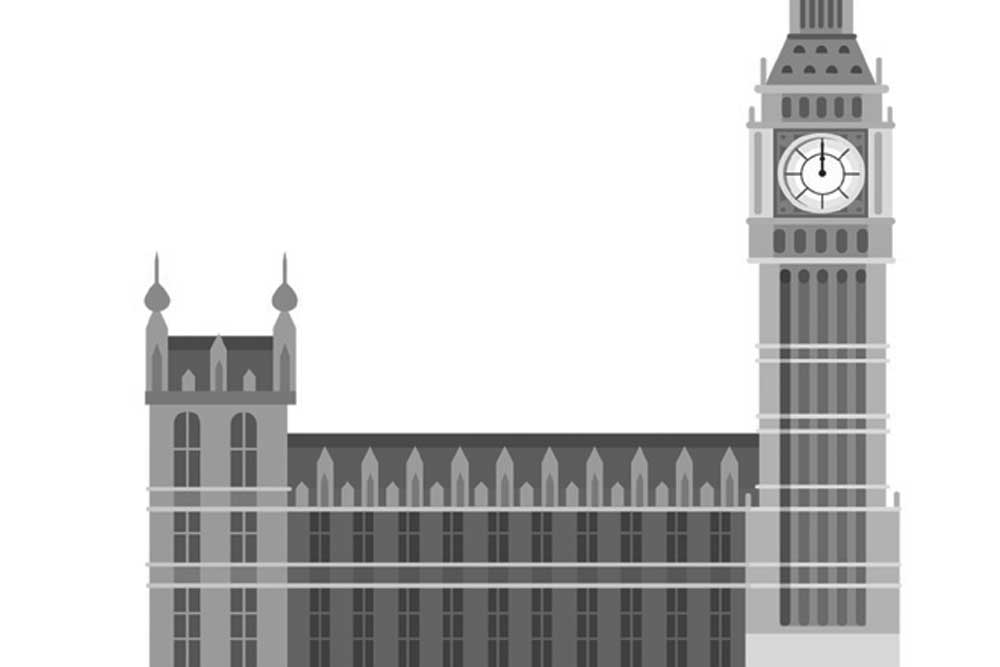 NOT BY DESIGN but by pure chance, I happened to be in London during two important events—the Brexit vote, and now the general election. The results of both were unexpected and caused much dismay everywhere. Incidentally, this is just an observation: I take no credit for the disruption.

This time around, I was in the UK a full ten days before the election. Travelling in England and Wales, I asked locals if it was indeed true that June 8th was election day. Yes, of course, they said. “Where then,” I asked nonplussed, “is the frenzy ?” “What frenzy?” they replied, equally nonplussed. You can’t blame me for asking: in all those ten days, I saw not one hoarding and not one poster; I neither heard loudspeakers blaring out political messages, nor loud sloganeering through the day and night. TV news, of course, did show politicians campaigning, but even the prime minister was seen addressing small crowds, sometimes so small that she didn’t even need a mike (Theresa May never needs one, unkind critics will say).

On the day of the election, I accompanied friends when they went to vote, one at the morning peak time of 9.30, and the other at the evening peak time of 7 (voting is on till 10 ). Both times, we walked straight in, heading non-existing queues. We were in and out in minutes. Yet, as we learnt later, there was a record turnout, the most in 25 years, with nearly 70 per cent of the electorate casting its vote. Obviously, there are advantages in having a small population. Even Londoners voted in large numbers: the turnout figures would have shamed Mumbai. But then, Mumbaikers have more important things on their minds than mere elections.

While this restrained enthusiasm was impressive, there was one aspect of the elections I found dismaying. At one time, but perhaps that was a long, long time ago, the English press was an institution one admired— most newspapers, with one or two notorious tabloid exceptions, followed the golden rule of separation of news and views. Nothing in the world is purely objective; whatever we see is filtered through our vision, both literal and figurative. It’s also affected by our experiences, influences and prejudices. Yet good newspapers tried to present news as news, neutral and unbiased. Views went on the editorial and op-ed pages.

No longer. Views are now more stridently expressed—on election day, for example, The Daily Telegraph even carried a column by Theresa May! (‘Together, we can build a stronger Britain’). Another column on the same page was headlined ‘One last chance, dear Millenniums, to see the truth about Mr Corbyn’. That was bad enough, but look at the front page the same day—election day, no less. The banner headline right across the page proclaimed ‘Your country needs you’, with the sub-heading ‘Back me if you believe in Britain, says May in final appeal to nation’. Accompanying this was a four-column picture of a smiling prime minister waving to supporters. Next to the photograph was an article in a single column, running from top to bottom of the page by Richard Dearlove, former head of MI6, whose views showed how inappropriately he was named: ‘Corbyn would not be allowed into security services, so he’s not fit for No 10’ was the headline.

Other papers were equally partisan. The Daily Mail, I was told, gave reasons for not voting for Corbyn in bullet points for its simple-minded readers. The Evening Standard, a free newspaper (free to readers, but not in its views), was as one-sided as you would expect of a paper whose editor (George Osborne) was the Chancellor of the Exchequer in the last Tory cabinet. (Notwithstanding that, he is now crowing about May’s discomfiture. And why shouldn’t he? After all, she sacked him). Equally, the country’s best newspaper, The Guardian, wore its liberal heart on its sleeve, and was not above colouring its news pages. The Times and The Sunday Times tried to be neutral, but their centre-right leanings showed through nevertheless. Television news, unlike our TV was largely objective; luckily Britain does not have Fox News, Times Now and Republic TV. Television debates, of course, tried to influence voters’ minds, but did they succeed ?

What the UK election results showed finally is that opinion makers do not influence people. They didn’t in the US election, and they didn’t in the UK’s Brexit referendum or its general election. People make up their own minds when they are alone in that polling booth. They often don’t do this sensibly. But then, human beings aren’t very rational.