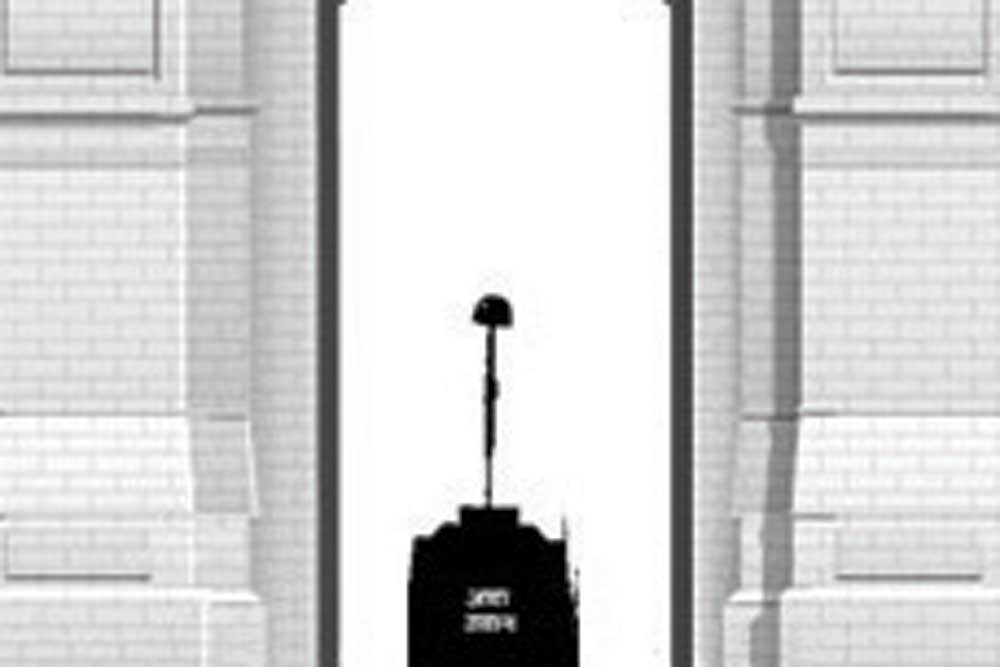 THIS IS ONE opinion poll no one dare ban. It is voluntary and informal, conducted for and by consenting adults who take their morning constitutional rather seriously. Mind you, morning walkers in Lodi Garden, virtually the lungs of Lutyens’ Delhi, as it were, represent a microcosm of the city outside. It is no longer the exclusive preserve of the well- heeled from the nearby upscale residential colonies such as Golf Links and Jor Bagh. Thanks to the Maruti-fuelled revolution, everyone is mobile these days, in more ways than one.

A few decades ago you could find plenty of parking space going a-begging next to the iconic institutional buildings that dot the garden on one side. No longer. Very often these summer mornings you should count yourself lucky if you are able to park next to one of the several gates leading into the historic garden. For, people from middle and lower-middle class colonies such as Nizamuddin, Defence Colony, Lajpat Nagar, Bhogal, Jangpura, etcetera, are now regulars, walking in groups or alone. After doing an obligatory round or two —each round measures over two km—quite a few seek to further tone up their muscles in the two gyms located cheek-by-jowl within the garden.

One is run by the New Delhi Municipal Council and the other by a private finance company, and, you might have guessed already, the latter, for obvious reasons, has pipped the former in user-friendliness. For the garden regulars to develop camaraderie with the like-minded from similar socio-economic backgrounds was natural. This in turn led to further spin-offs. Such as regular addas in the garden itself post-walks over hot tea, biscuits and nimbu paani, dutifully fetched each morning by drivers or servants of walkers living nearby. In fact, on some days there is cake as well if it happens to be the birthday of one of the walkers. At least three such addas have been active for a few years, with one particularly attracting notice since Arun Jaitley, long before he became finance minister, was a very engaging participant.

Jaitley had to necessarily drop out on the advice of his security set-up but the rest of the group, including a couple of hot-shot lawyers, can still be seen relaxing their limbs and diverting their minds from the legal battles that lie ahead during the course of the day over tea and rusk after a rigorous 30-minute walk.

One of the co-opted members of the Jaitley adda is Babbu Kalra. Having made his pile—he comes from a family of restaurateurs— Kalra is now a man of leisure. Always dressed in floral bush-shirts with a multicolored cap to cover his near-bald head—regulars invariably sport T-shirts—Kalra is part of every small or big group that gathers in the garden. His routine is a couple of leisurely rounds followed by an hour of yoga, or is it the other way round?

Well, to come to where we began, he is the one who took the initiative to poll the regular walkers on the on-going parliamentary poll scheduled for May 12th. Armed with two small plastic boxes with a little slit cut in the centre of the lids for one to slip in small chits of paper, he and another walker on four successive mornings accosted everyone whom they met in the garden to register their party of first preference.

The exercise entailed scribbling on a slip from the small index pad ‘A, B or C’—A stood for the Aam Aadmi Party, B for Bharatiya Janata Party and C for Congress. All three are in the fray for the capital’s seven Lok Sabha seats. Notably, among those polled included gardeners, security guards, hawkers, drivers, etcetera. In all, 753 ‘ballots’ were cast. Five hundred and thirty-one for the BJP; 162 for the Congress and 60 for AAP. In informal conversations too the opinion poll approximated to the general mood.

Notably, in a similar walkers’ poll conducted ahead of the Delhi Assembly election that followed the Anna Hazare agitation, AAP had emerged at the top with the BJP trailing a poor second and the Congress virtually negligible.

The actual outcome a couple of weeks later duly endorsed the walkers’ opinion. We will wait till May 23 to find out if Lodi Garden walkers reflect what the rest of the capital thinks.