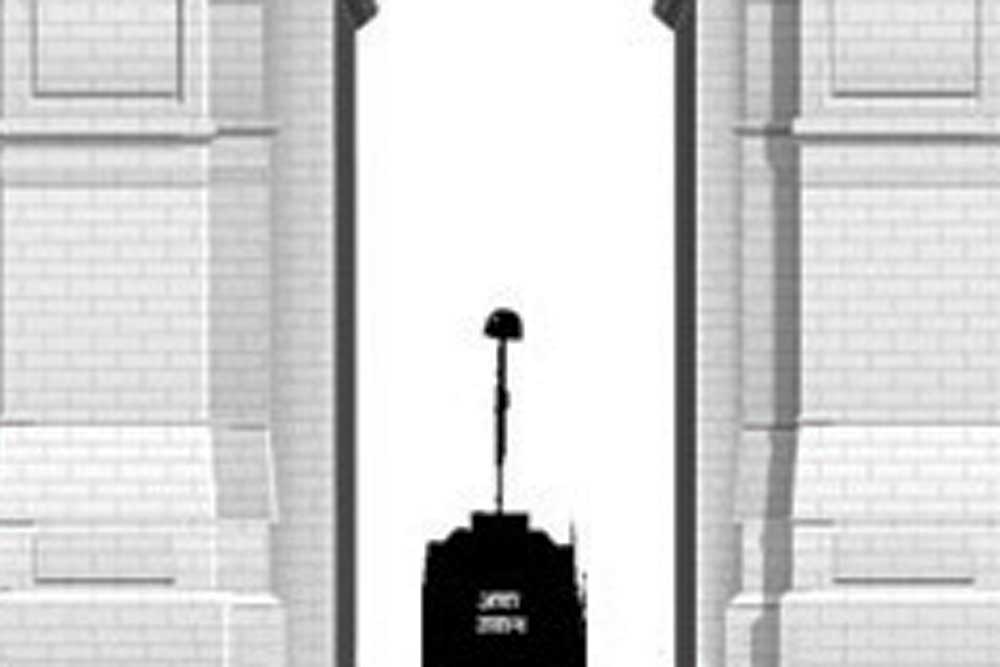 TN SESHAN, the feisty Chief Election Commissioner of the early 90s, had once boasted that he eats politicians for breakfast. Well, whatever he ate for breakfast, lunch and dinner or in-between was his business, but he did restore the primacy of the EC in the conduct of polls. And, boy, how he did it, putting the fear of God in our politicians. However, one can reveal with some authority what our politicians eat round the year to sustain themselves in their tricky profession. They eat their words, and do so without batting an eyelid. Numerous though the examples are of these slippery customers going back on their solemn words, let me cite the latest that ought to make them squirm in embarrassment but won’t because of the long practice they’ve had in putting these things behind them and moving on.

A lawyer-politician who tried to get a favourable order from the Supreme Court on the Judge Loya case, and, failing which, then persuaded his Great Leader to sponsor an impeachment motion against Chief Justice Dipak Misra, is now being mocked on social media for his grandiloquent words a few years ago on a friendly TV channel dismissing the very idea of this last resort to remove a judge “merely because fifty or so MPs sign a petition”. Though this news channel has not aired this old clip, it is doing the rounds as a video forward on several popular online platforms. In explicit terms, the lawyer-politician, who also happens to be an MP, is heard trashing the process by which a few dozen MPs try to impeach a judge.

Prone to letting his enthusiasm get the better of his good sense, this former UPA cabinet minister of the ‘zero-loss- in-the-2G-scam’ fame seems to have landed his party in a no-win situation again. In doing so, he has earned the party a well- deserved rebuke from some of India’s leading jurists and a rebuff from the Rajya Sabha Chairman. Levelling the criticism that the Chairman had rejected their impeachment notice in a hurry only resulted in another setback for the politician’s gameplan, which was to embarrass the Chief Justice, asking him to proceed on leave until he was cleared of all allegations. By declining to admit such a motion based on mere doubt and innuendo, the Chairman of the Upper House not only called the bluff but also saved the judiciary from further attacks by vested interests.

WHY PICK ON politicians alone when we the journalists are no saints? The other day, with everyone sounding het up about another cash shortage, a media group with multiple TV channels was caught recycling old demonetisation-time footage to embellish the latest reports about long queues outside banks and ATMs. You can see the same gentleman in a white shirt at the head of a queue and the same faces behind him as viewers did back in November 2016. If that was not bad enough, it seems a couple of other TV channels immediately filched that footage from the original recycler, claiming it as their own, to spread the scare about a cash shortage that wasn’t. More rumour than fact seemed to account for this notebandi redux, a story that died as suddenly as it had sprung up.

WHILE STILL ON the recent cash scare, a senior Hindi journalist suffered a momentary loss of judgement. Trying to be witty on the fact that Finance Minister Arun Jaitley was on dialysis due to kidney trouble— Idhar desh dialysis pe, udhar bhakt analysis mein, mitron tum toh bas payTM karo—she suggested that while saffronites indulged in analysis, the country was again being compelled to go cashless. Coming from a veteran journalist with literary accomplishment, it was rather unfortunate. But this was nothing compared to a tweet on Jaitley’s health from yet another journalist who would have audiences think that he was in such bad health that the end might be nigh. Upon being told that her ‘wish’ was unlikely to be fulfilled anytime soon, she deleted the tweet in embarrassment. But not before showing her insensitivity.

HERE IS SOME wit that simply must be shared. Concerned about the growing incidence of rape across India in recent days, Delhi Chief Minister Arvind Kerjiwal is said to have hit upon a bright idea to end the horror: an order mandating that men and women will stir out of their houses on alternate days, a veritable odd-even scheme for humans.