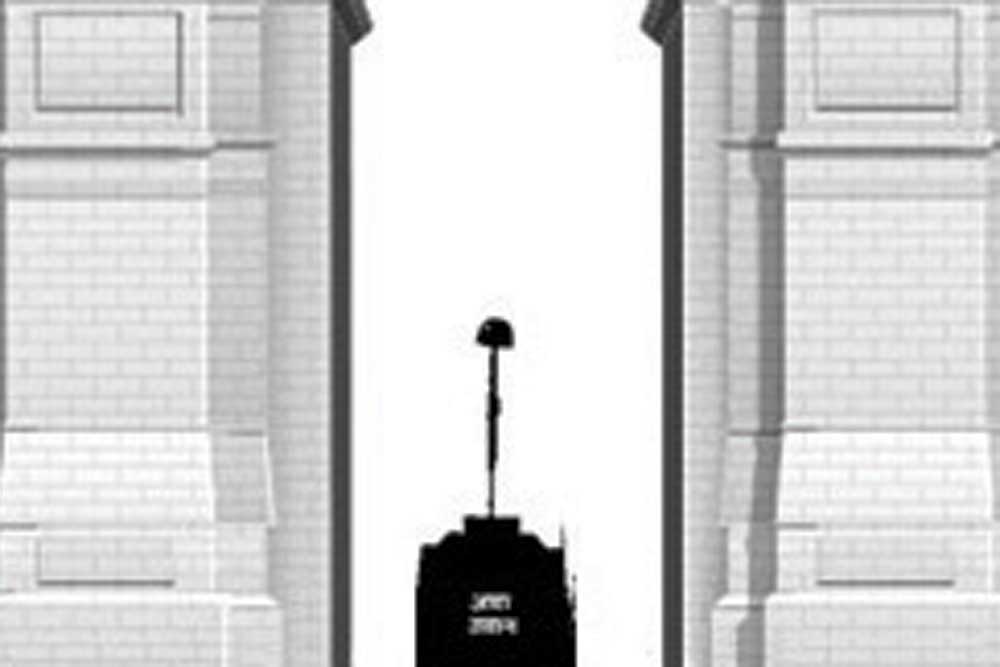 AND YOU THOUGHT only the Right rewrites history? Well, people of a certain age would remember how then Prime Minister Jawaharlal Nehru had gone on All India Radio at a time when the Chinese were still wrecking havoc on the Sino-Indian border in the winter of 1962, having already overrun several Indian posts. After the fall of Bomdila, when it appeared that the invader might walk in unchallenged into what was then a united Assam —since then divided into several states—a defeated and broken Nehru addressed the nation on the evening of November 20th, 1962. And instead of boosting the morale of millions trapped directly in the Chinese line of fire, he shattered whatever little residual courage they might have had by uttering in a choking voice, “…my heart goes out to the people of Assam.” That sentence signalling complete capitulation to the enemy caused a panic exodus from the Brahmaputra Valley. Nehru, who by then had abandoned all pretence of non-alignment, having solicited then US President John F Kennedy for immediate military aid, was to later regret that morale-shattering message to the people in Assam.

Mercifully, the Chinese soon declared a unilateral ceasefire, saving Nehru further embarrassment. He did not live long after that rude rebuff from one half of the ‘Hindi-Chini bhai- bhai’ business. Notably, his successors quietly managed to wipe out that defeatist record from the official text of his AIR address. It will be interesting if an intrepid foreign affairs specialist pinned down who exactly excised that defeatist sentiment in Nehru’s war-time address from the official text (and when it was done).

Despite hagiographic efforts to build a cult around the founder of the Gandhi dynasty, the least one can say is, when tested, he was far from being Churchillian.

WHILE STILL ON rewriting history, or rather wiping it clean, it is quite strange that after changing the name of one of the main avenues of Lutyens’ Delhi from Aurangzeb Road to APJ Abdul Kalam Road, they still seek to memorialise the most controversial Mughal ruler by persisting with an Aurangzeb Lane. The New Delhi Municipal Committee had changed the name of Aurangzeb Road back in September 2015. It cannot be that it has not noticed the incongruity of the situation, since most British era lanes draw their names from the main roads in the Lutyens Bungalow Zone. Or is it that NDMC babus are playing it safe just in case those who had opposed the name-change return to power? Meanwhile, it defies common sense why a Delhi BJP member of the Lok Sabha should be conferred a so- called bravery award for having first mooted the proposal for a change of name from Aurangzeb Road to Abdul Kalam Road.

TECHNOLOGY CAN sometimes be a nuisance. Don’t believe it? Ask the harassed residents of an unpretentious middle-class colony in central Delhi. Thanks to the growing popularity of Google Maps and the commonplace GPS feature in cell phones, Uber and Ola taxis headed for the Nizamuddin Railway Station invariably end up at a dead- end in the Nizamuddin East colony at all times of day and night. The resulting inconvenience to residents has often caused a few high-strung individuals to vent their spleen on taxi drivers, though the poor fellows are not to blame, the fault lying with those who mapped the capital’s roads. Now, neither a huge hand- written notice warning of a dead- end ahead nor a formal letter to the multinational corporation running the GPS on smartphones has helped. Daily, a number of taxis hit the dead-end and every day the locality’s residents or their domestic helps feel obliged to redirect them to another road in the vicinity leading to the railway station. There seems to be no redress in sight—the price ordinary people pay when global corporations grow too big to be able to correct their own errors.

CHATTING WITH A group of friendly journalists in the Central Hall of Parliament the other day, Rahul Gandhi volunteered that the BJP in next year’s General Election would get about 220 seats and, therefore, instead of Modi someone else could become Prime Minister. At the time, his mother was by his side. Leaving aside the accuracy of the assessment, several Congress leaders are aghast at the party president’s naivete, commenting that you do not enter a battle if your general has already conceded defeat. Do you?