The battle for the next President 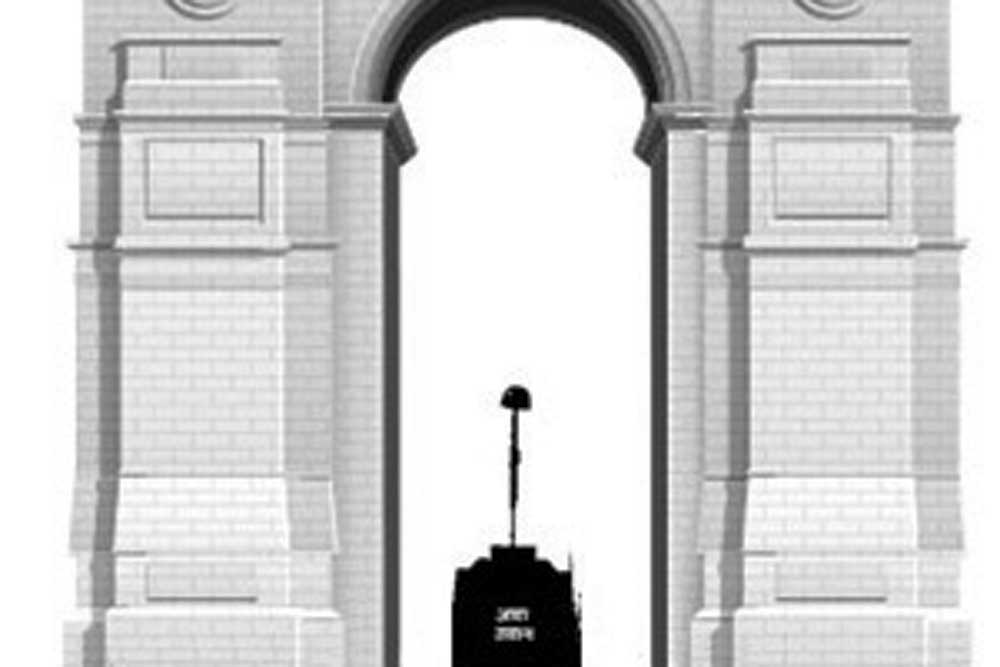 IS HE GOING or staying? Well, who can tell what an Indian politician will do next? Bihar Chief Minister Nitish Kumar, by choosing to skip Sonia Gandhi’s lunch the other day, seems to have revived speculation about his intentions. Leaders of 18-odd parties were assembled at the Sonia luncheon for picking the joint Opposition candidate to challenge the ruling party’s nominee in the coming presidential contest. What added grist to the capital’s rumour mills was that Nitish chose to break bread with Prime Minister Modi instead. Being one of the more clued-up practitioners of realpolitik, Nitish is not trusted by his friends or foes. It may be because he refuses to be taken for granted. He has always played his cards close to his chest. On its part, the NDA would gladly lay the red carpet should he choose the propitious time to embrace his erstwhile ‘natural’ ally. But Nitish is sitting pretty, having opted out of the prime ministerial race till 2024. As they say in Bihar, he has got laddoos in both hands.

Though ruling Bihar in alliance with Lalu Yadav’s RJD, both partners suspect each other’s motives. The Yadav chieftain in particular lives constantly in fear of Nitish’s moves, virtually suggesting that he may be already in bed with Modi. Given the level of distrust, the alliance of convenience lives on borrowed time. With Lalu’s multifaceted troubles with the CBI and ED mounting by the day, strains on the JD(U)-RJD alliance can only grow further. Lalu’s lieutenants have openly claimed that documents incriminating members of the extended Lalu clan in murky property deals were given to the NDA leaders by none other than a top JD(U) functionary. After this, if they still continue to sup together, it is only because Nitish needs time before the crucial decision. Sooner than later, the alliance in Patna is bound to come unstuck.

As for a joint Opposition candidate against the NDA’s nominee for president, little progress seems to have been made. Locating someone with impressive credentials is never easy, especially when the outcome is a foregone conclusion. A couple of non-politicians were talked about. Among them was a former chief justice of India. Another notable name was of Gopal Gandhi—the former West Bengal governor boasts both of great pedigree and scholarship, rare qualities in public life.

Whether Gandhi would agree to be made the sacrificial goat because the Opposition is determined to put up a symbolic fight is unclear. Wisdom and pragmatism dictate that he has nothing to do with the mean-spirited games being played by rival politicians. As things stand, both the next president and vice-president will be the nominees of the ruling combine. Yet, if they do not get anyone else, someone like Sharad Yadav is bound to be fielded, if not to win, to at least test the Opposition’s unity.

MANI SHANKAR Aiyar and a couple of other peaceniks who argue for on ‘an uninterrupted and uninterruptible dialogue with Pakistan’ recently made a well-publicised trip to the Valley. The avowed objective was to try and break the current stalemate, to find that elusive mantra which can end the perennial bloodletting over Kashmir. You cannot fault him for trying, can you? Now, regardless of the official view of the gratuitous mission, we are a little curious about the presence of a certain gent as part of the Aiyar entourage. The televised footage shows the grey-haired eminence. Aside from the fact that he claims to be associated with an NGO, his antecedents remain unclear.

Over the years, he has visited Pakistan a number of times with the full knowledge of the authorities. Also, he has often organised Indo-Pak talks and seminars. A chartered accountant by profession, his foray into the Indo-Pak thicket is a matter of surprise. Maybe there are things which the establishments in New Delhi and Islamabad would wish to keep under the wraps. We understand something about backchannel contacts but still it does not kill curiosity, especially upon seeing the bespectacled gent hanging around at the capital’s India International Centre.

IT IS NORMAL for the ascendant political party to attract the flotsam and jetsam from the rest of the political crowd. It should therefore come as no surprise that the traffic in recent months has flowed mainly towards the BJP. But the brutally frank party chief, Amit Shah, has been quick to squash hopes of early rewards for the newcomers. He is said to have asked them to work hard for the party for three years before seeking anything in return. In other words, win the 2019 parliamentary polls to be eligible for a position in the party or Government.