Why Modi is unlikely to please Xi with a Beijing visit 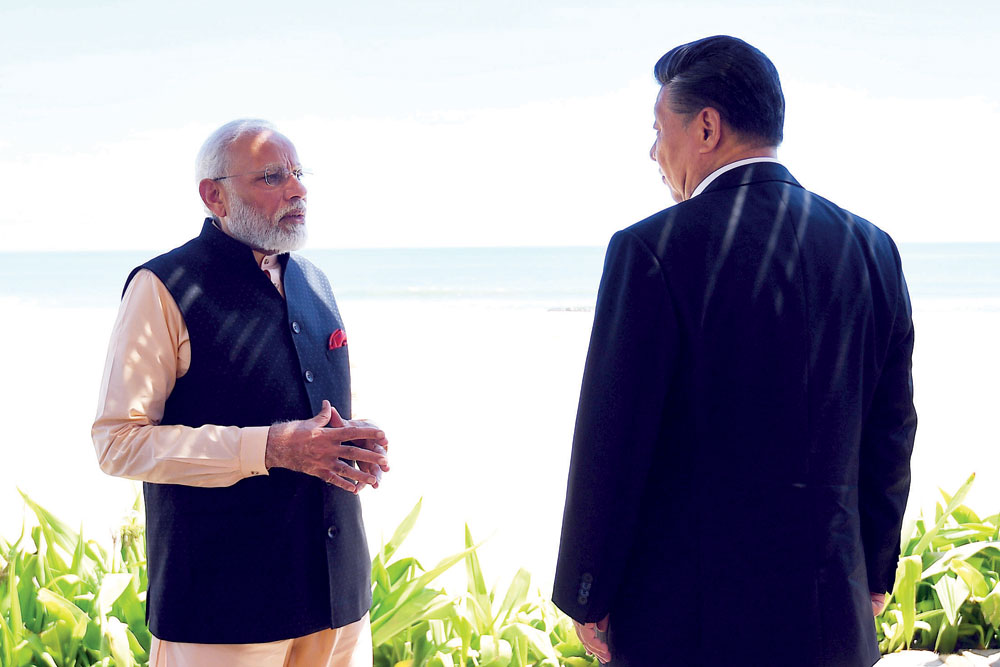 
IT WAS SUPPOSED to be Chinese President Xi Jinping’s year of crowning glory. But 2022 hasn’t played out according to Beijing’s script.

The 20th National Congress of the Chinese Communist Party (CCP) will be held at the end of 2022. Top of the agenda is ratifying an unprecedented third five-year term for Xi. The coronation was carefully planned. The CCP’s constitution was changed in 2018 to allow Xi a third term—previously forbidden in the party’s constitution.

After nearly 10 years as China’s president and the CCP’s general secretary, Xi’s veneer of invincibility has worn thin. His zero-Covid policy placed Shanghai, China’s economic hub, in the world’s most unforgiving lockdown for over a month. Residents were locked up at home. Office staff slept on the floor in their workplaces. Food and medicine were rationed. China’s army of censors couldn’t keep up with the deluge of criticism on Weibo. Much of the public anger got through the filters on China’s heavily regulated social media platforms.

The Covid outbreak triggered by Omicron in Shanghai and Beijing, though on the wane, was seen by the rest of the world as poetic justice: what began in Wuhan’s animal markets in December 2019 has, more than two years later, come home. Beyond the schadenfreude lie several red flags for China.

The Chinese economy is facing possibly its worst crisis in two decades. The figures are stark: according to Bloomberg, real estate sales collapsed by 62 per cent between November 30, 2021 and April 30, 2022. Car sales have fallen by 55.6 per cent during the same period. The small business confidence index has plunged from 52.55 to 49.41. The purchasing managers’ index (PMI) has dropped from 49.5 to 47.4, implying severe contraction.


For Xi, the ‘liberation’ of Taiwan was to be his defining legacy. But the Russia-Ukraine war has shown how difficult it is for even a militarily powerful country like Russia to defeat a much smaller but determined nation like Ukraine. The axis of global power has changed following Russia’s invasion of Ukraine

Xi’s first term from 2012 to 2017 was marked by a relentless assault on corrupt officials. Over one million officers at state and regional levels were reportedly sacked or jailed. In his second term from 2017 to 2022, Xi turned his attention to the South China Sea, militarising dozens of islands in disputed waters and attacking India across the Line of Actual Control (LAC).

Xi made his intent clear: China would not be satisfied with simply competing with the US in a new G2. He wanted China to be the world’s leading superpower by 2049—the centenary of the founding of the People’s Republic of China (PRC).

Xi’s impending third term in 2022-27 has the reunification of Taiwan as a central premise. It was to be his legacy, putting him in the pantheon of great Chinese leaders Mao Zedong and Deng Xiaoping.

Mao’s Cultural Revolution through the 1960s transformed China’s social fabric and led to the country’s “great leap forward”. Deng’s sweeping liberalisation in the 1980s set China on the path to economic greatness. For Xi, the “liberation” of Taiwan was to be his defining legacy. But the Russia-Ukraine war has shown how difficult it is for even a militarily powerful country like Russia to defeat a much smaller but determined nation like Ukraine.

The axis of global power has changed following Russia’s invasion of Ukraine. Europe is re-arming itself after decades of believing that war in Europe was no longer a threat. Messy conflicts would continue in Syria, Yemen, and elsewhere in Asia or Africa, but surely Europe had outgrown its tribal instincts.

China is meanwhile caught in a cleft stick. It can’t withdraw from the LAC in Ladakh without losing face. But having angered the West by tying itself too closely with Russia, China needs regional validation. Xi is keen Prime Minister Narendra Modi visit Beijing for the BRICS summit in September 2022. The presence of the leaders of India, Brazil and South Africa, along with Russia, will show that China carries global clout.

However, without the unconditional withdrawal of Chinese troops from the LAC, Modi is unlikely to oblige Xi with a personal visit. The Chinese president may have to pay a price for Modi’s presence in Beijing for the BRICS summit on the eve of the CCP’s crucial 20th National Congress that will ratify an unprecedented third term for him. The price could be a resolution along the LAC on Indian terms.