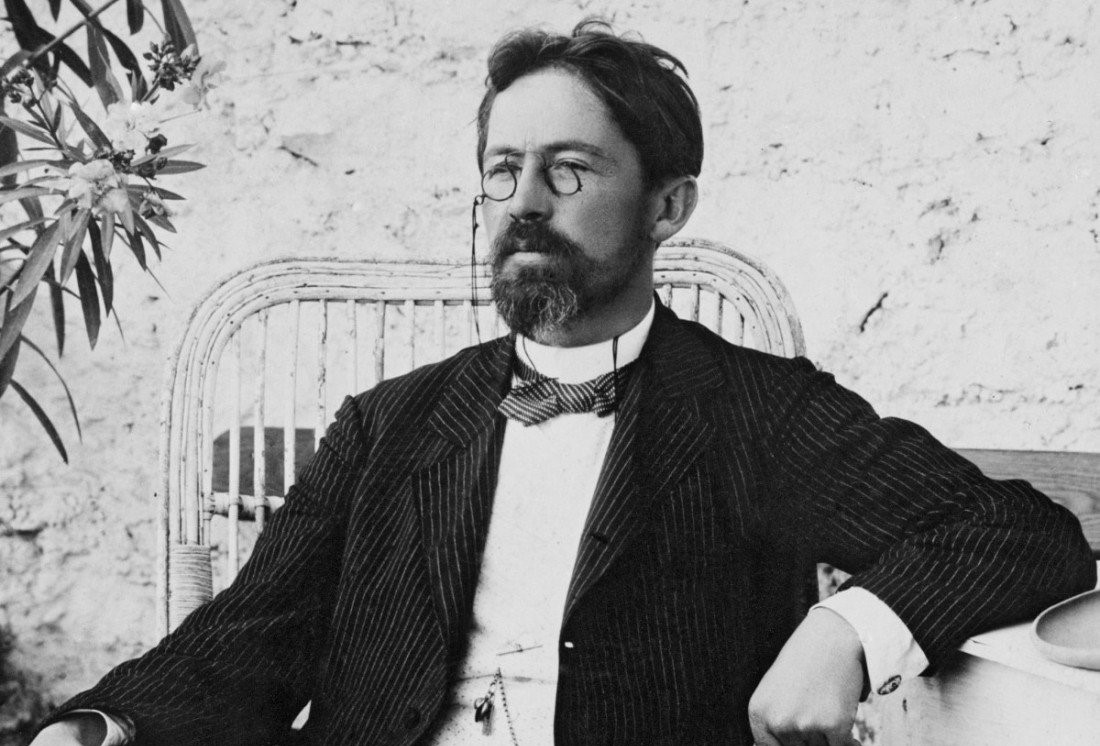 
India gets a few passing mentions in the letters of Anton Chekhov, and one of his plays also has the briefest of references, but the closest the great Russian playwright and short-story writer came to visiting the country was a short and happy stay in what was then called Ceylon. In fact, Russians of that era never saw the island as an entity separate from India. In one of his letters, Chekhov boasted of his luck with “Indian” women on the island. “When I have children, I shall tell them, not without pride, ‘You sons of b****es, in my day I had intercourse with a black-eyed Indian girl… and where? In a coconut plantation on a moonlit night.’” It was, of course, not these references that made the Russian writer famous in British India, but his short stories that became popular thanks to English translations.

The first collection of Chekhov’s short stories that was available in India was The Black Monk and Other Stories, translated by Anglo-Irish journalist Robert Edward Crozier Long in 1903. The book found its way to India by the 1920s and had an audience with Indians who were educated in English.  This included socialists, inspired by the Bolshevik Revolution, freedom fighters and eminent Indian writers such as Munshi Premchand.

In his memoirs published in 1962, writer Rishabh Charan Jain said Premchand was inspired by Chekhov and other Russian writers. He quotes Premchand as saying: “If the worker was able to carry out the revolution in Russia, he will be able to carry it out in India. It is only necessary to prepare him for this, and awaken him in the same way as Tolstoy, Turgenev, Chekhov, and Gorky did.”

Russian Indologist and Padma Bhushan-awardee Evgeny (Eugene) Chelyshev, who passed away at the age of 98 in July 2020, attributed the popularity of Chekhov’s work among Premchand and other Indian writers to the similarity of social conditions in late 19th century Russia and India of the 1920s.  “During these years, Indian writers turned to Chekhov, seeking to find in his work a source of inspiration and support in the search for new ways to develop literature depicting the harsh truth of life,” Chelyshev wrote in an academic paper.

These harsh realities of life that the Russian Indologist mentions are well depicted in Premchand’s short story The Shroud (Kafan). The dark and powerful story about a family from the leather-worker caste was published in 1936. The great Hindi writer’s artistic generalisation and attempt to not soften or underestimate the brutal behaviour of the protagonists has parallels in Chekhov’s stories such as In Trouble and An Attack of Nerves.

“The Indian cultural tradition has always had a striving to penetrate deeper into the inner world of a person, which is why Indian writers were impressed by Chekhov’s deep psychologism,” Chelyshev wrote. “From Chekhov, they learned the art of depicting human characters and revealing the movement of the hero’s soul in his struggle with circumstances.”

When the Russian writer’s works first appeared in India, his non-romantic characters and stories of ordinary people doing mundane things in provincial Russia found many takers. In the 1930s, he was seen as someone who put the spotlight on the common man and denounced social injustice.

By the 1940s and into the days of an independent India, Chekhov’s works began to resonate with writers who wanted to depict the middle class and those aspiring for a better life.


One Hindi writer who took a deep interest in the Russian writer’s short stories and plays was Rajendra Yadav, a pioneer of the Nayi Kahani movement. Yadav, who wrote mostly middle class themes, was among the first people to translate the Russian writer’s works in Hindi, without localising the work.

Many early translations of Chekhov’s works were adapted so much to attract a regional audience that the settings and names of characters were changed.  While this evoked mixed results when it came to plays, the short stories never found a proper Hindi audience until they were translated without such massive changes. Yadav also translated the works of Ivan Turgenev and Mikhail Lermontov, but it was his efforts to translate Chekhov that made Russian literature popular in the Hindi heartland.

An ‘interview’ with Chekhov

A major disadvantage of Yadav’s translations was that they were made from an English translation and not from the original Russian. Despite the handicap Yadav made it a point to read every single short story written by Chekhov, and in 1954 wrote a book titled Anton Chekhov: Ek interview jo keval pachas varsh ka anthar padne se nahi ho saka (Anton Chekhov: An interview which never happened because its was just 50 years late). Published in Calcutta by Rampuriya Prakashan, the book has long been out of print.

In the book, Yadav writes about his imaginary meeting with Chekhov in 1904 in his Moscow apartment. The interview mainly focuses on the problems facing Indian writers in the beginning of the 20th century and seeks Chekhov’s advice on how to develop literature in India when the country becomes independent.

A work of genius, the answers are based on Chekhov’s works, letters, articles and memoirs of the playwright written by his contemporaries.  There are questions on society, life and the ever-existent complications in the relationship between a writer and a publisher. Interestingly enough, Yadav asks several questions about Chekhov’s time in the Russian Far Eastern island of Sakhalin. Yadav also cleverly crafts questions and answers on Chekhov’s views on the writings of Leo Tolstoy and Maxim Gorky.

As better translations appeared in English and Hindi thanks to the efforts of the Soviet Union, Chekhov’s characters began to become household names in India. Hindi writers also started noting how Chekhov’s characters would perfectly fit in to Indian society. Revolutionary writer Manmath Nath Gupta, who was inspired by the Soviet Union and wrote From Ganga to Volga, took to reading Chekhov’s writings and felt there was a strong cultural resonance with his characters and Indians. Gupta felt The Lady with the Dog felt very much like an Indian story given how the loveless marriages in the short story seemed to remind a reader of many arranged marriages in India. The theme of extra-marital affairs that were the result of loveless marriages has been a recurring theme in Indian literature and cinema.

The premonition of great changes and a better and happier future in Chekhov’s stories and plays also appealed to Indian writers. “If you live in any seaside town, then even without seeing the sea, you always feel its closeness, its breath. In the same way, reading Chekhov’s stories, behind sadness and sadness you always feel the immortal thrill of the breath of life,” Banarasidas Chaturvedi wrote in a 1959 article in Saptahik Hindustan. “In the deep poetry of Chekhov’s works, in their striving for the future, in their music, we catch the voice of beauty and youth, the victory of awakening forces … We, Indians, should be grateful to the great Russian writer, who, despite the harsh reality of Tsarist Russia, sacredly observed a vow to create works that would awaken hope in the souls of people living in the deep darkness of despair.”

Chaturvedi, who visited Chekhov’s country house in Melikhovo in 1959, ensured that many of Chekhov’s stories were translated and published in Vishal Bharat, a magazine that he edited.

With good translations of Chekhov’s works now readily available in several Indian languages, he is one of the most read foreign authors in India in the 21st century. In addition to his plays being staged in many Indian languages, for the last several years, troupes from Russia have been performing at popular cultural festivals in India in Russian (with English subtitles being displayed). The Russian writer and playwright’s legacy and influence on India is such that for many in the country, there is nothing foreign about his work.