The virus is freer in places where leaders abhor bad news 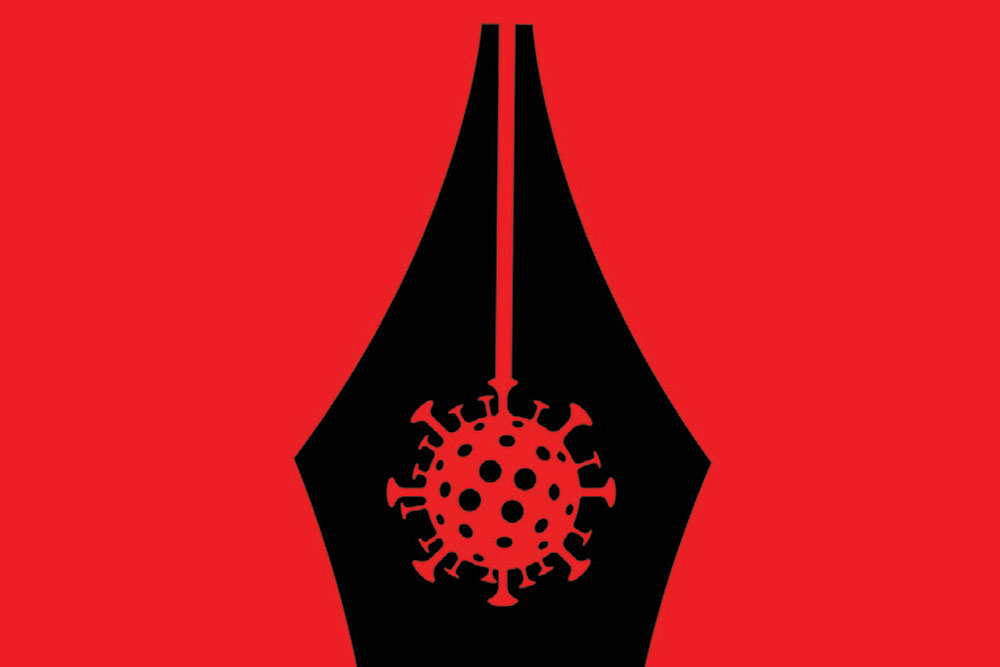 
But what are a hundred million deaths? When one has fought a war, one hardly knows anymore what a dead person is. And if a dead man has no significance unless one has seen him dead, a hundred million bodies spread through history are just a mist drifting through the imagination.
—Albert Camus, The Plague

WE READ DR RIEUX’S aside today with the realisation that we read great literature not to seek prophecies but to immerse in its infinite revelations. Still Camus’ Oran, in spite of being the capital of an allegory or the geographical representation of an existential dread, is a familiar place in the time of the Covid-19 pandemic, and we are all its inhabitants. And we tend to agree, even as we socially distance ourselves, with the narrator that “the first thing that the plague brought to our fellow citizens was exile.” Exiles lost in Netflix, or in Camus’ novel, in which illness, though vivid in its microbial horror, is a metaphor for national as well as individual isolation in the time of war—and plague.

People like Dr Rieux live only in fiction, so it’s futile to seek them for solace in corona times. We are unlikely to come across voluntary admissions such as: “I thought I was struggling against the plague. I learned that I had indirectly supported the deaths of thousands of men, that I had even caused their deaths by approving the actions and principles that inevitably led to them.” We seldom find them in history either. We didn’t hear anything of this resonance—or remorse—from Woodrow Wilson a century ago when we were hit by the worst flu—wrongly called Spanish Flu—in modern memory. This came to me as I watched the documentary on the pandemic, which reportedly killed between 50 and 100 million people worldwide, on Apple TV+.

It was also a time when the enforced silence of power concealed mass graves filled with the nameless dead. As the documentary reveals, it should have been called not Spanish Flu but American Flu. The fast-moving carriers were American troops—perhaps it began from one of them, mostly immigrants from Eastern Europe. World War I needed more American soldiers, infected or not. As the narrator says, two wars were on: one in Europe, where Germany had the initial advantage; the other site was the human body, where we were losing badly to the invaders. Reporting on the viral invasion was a prosecutable offence. The media lied, in compliance. As people died the most painful death, oozing blood from ears and eyes, and it took only 24 hours from the first sign, the government was engaged in another campaign: Uncle Sam inviting the young to the US army in that famous poster. Going against the advice of his personal physician, and betraying his own conscience, Wilson sent more troops. He ordered the spreading of the virus.

In the end, he too would not be spared. The Wilson who took part in the Versailles negotiation was a sick man, and not in his right mind apparently. If he were, goes the conjecture, Germany would not have been punished that severely and maybe Hitler would not have happened. That’s a bit of what-if. The cause of Wilson’s death was not, though there was no official reference to the flu. In the words of his physician, “the president was suddenly taken violently sick with the influenza, at a time when the whole of civilisation seemed to be in the balance.”

Even in retrospect, it’s cruel to invoke poetic justice. It tells a story about leadership certainly, and wars and pandemics are occasions when real leaders stand above pretenders. The Wilsonian legacy in peace remains undisputed; his legacy on the war on virus remains pitiful. When the Cold War came to an end—forgetting for a moment what followed—some men, and one woman, in power stood out: Pope John Paul II, Mikhail Gorbachev, Ronald Reagan and Margaret Thatcher. They were better conversationalists with history, and their arguments were better than the certainties of ideologies.

George W Bush came to know of 9/11 when he was at a reading session in an elementary school in Florida. It took only a few hours for a leader to be born, and the Americans trusted him as he dwelt on the “Evil” facing them in his address to the nation. The post-9/11 America would not forget a leader who had assured them that the terrorists could not “shake the foundation of America.” When Covid-19 was first detected in China, the maximum leader was in denial. The world saw the Chairman of Evasions. And in the US, the world saw the President of Phoo Phoo. The virus is freer in places where leaders abhor bad news.

I read in The Plague: “And this is why I have decided to reject everything that, directly or indirectly, makes people die or justifies others in making them die.”