Propaganda and the rot in the media 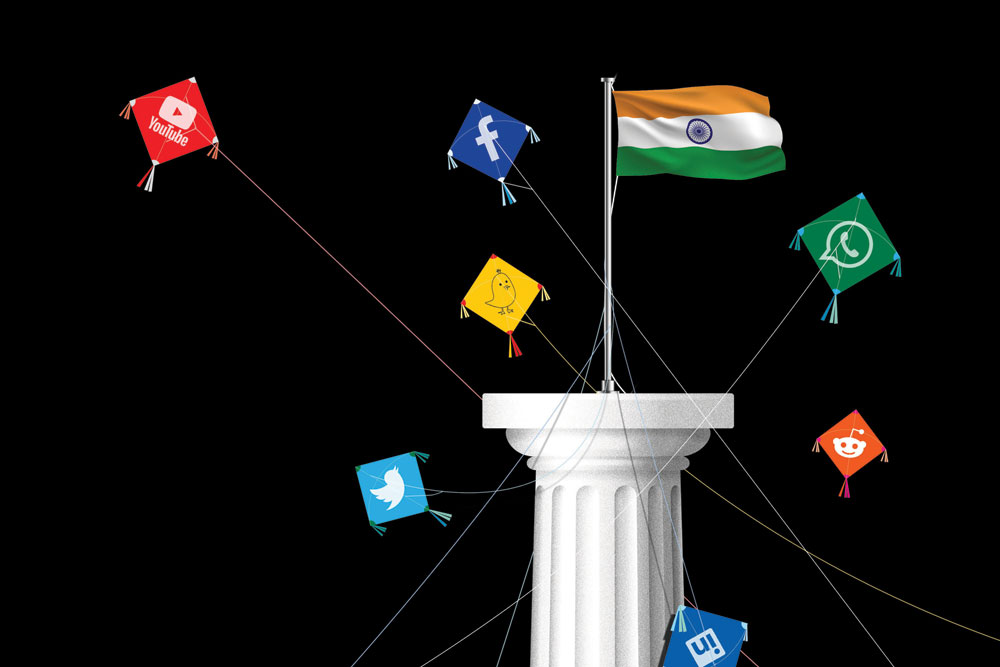 
A couple of decades ago, television news was heralded as the great new platform that would offer unbiased news to the teeming millions of India. For the first time, independent newscasters (private) with seemingly more resources, skill, and intent began to reach out to the far corners of this vast country with freshness, and without the overpowering presence of the state. There was youthful exuberance and courage to speak out. The government on its part still had not understood the power of independent news—as long as they regularly featured politicians. The multiplicity of sources automatically ensures choice, and hopefully, different perspectives. While the majority of viewers were still hooked to cricket, films, mythological, dramas, and music, the people who mattered were the ones who switched on the TV for the daily news fix. TV news had credibility.

For 40 years in India and elsewhere, the business of news has continued pretty much on the above lines. Till the advent of TV news in India, newspapers (and magazines) imagined themselves to be custodians of the nation’s conscience.  However, they were largely confined to mere reportage of events and happenings, and the pontification was left to the edit page pundits. Digital technology, computers, and satellite transmission changed news gathering and dissemination. The ability to cover any event or happening in real-time altered the way people connected with it. Initially, radio and then TV restricted themselves to report on incidents, people, and problems. From contextualising to interpretation, news then succumbed to biases. The way you edited a story, juxtaposed facts, or even positioned it changed the story itself. The cost of maintaining crews, reporters, and researchers disappeared in the bleeding bottom lines of news channels.

Soon, the race for eyeballs, rise of stars on news television, advertising pressures, and burgeoning costs set the rot in. To compound the problem, independence on news television disappeared. Polarisation between pro-government and anti-government viewpoints resulted in more polemics than discussions. Unfortunately, over the last 20 years, some journalists have become lazy and predictable. Google and Wikipedia are the fountainheads of research. If you notice, TV anchors quote print stories, and print journalists take a clue from TV news. Both use Twitter (and other social media) as a source of information and then start spreading their points of view as the ultimate truth via WhatsApp. The smarter ones are across different social media platforms. Every now and then, a lot of noise is made about fake news and trolling. It’s the pot calling the kettle black. My source is genuine, the others unreliable.

If you closely follow the news, you realise more than half of it is planted by different interest groups. Interestingly, journalists and their loyal supporters are the ones who keep the trolling game alive on social media. Of course, the bots and algorithms then take over and every slanging match gets millions of likes, dislikes, posts, and ripostes by the millions. Do they represent the voice of the people? No way. One set consists of government apologists, and the other, government bashers. Political bias is worn as a badge of honour. Just going against the establishment does not make you correct. Nor does being part of a cheering squad for the powers that be. Secularism and nationalism are the two other notions much bandied around by the media today. TV only accentuates the decibel level. If the fat lady screams on one channel, then be sure of schoolmarm harangues on another. Two well-known English anchors are both the self-appointed questioners of the nation. One bow-tied greyhound spends his day collating news clippings on Google, and the evenings questioning hapless guests. Two former editors with similar lineage run their talk shows with opposite political slants. One venerated pioneer is having telethons, and others are busy with townhall meetings. On business channels, one lady is the repository of all the knowledge on banking and economy while a bunch of reporters has turned into stock market experts and corporate analysts. The long line of inquisitors has only increased, and the tone gets shriller. The liberals are as usual paranoid about some imaginary loss of freedom, even as some overzealous nationalists are busy boycotting people and countries. Indian democracy, meanwhile, thrives amidst media cacophony.

TV news in its early years was not like this. Correspondents really chased news, often turning out exposes was the good old principle of crosschecking fact. Editors, too, had their nose to the ground. There would be multiple live reports from both home and abroad. As the number of channels grew, news standards fell. Bleeding bottom lines led to cost-cutting. As jobs were cut, the easiest way was to get the story and its protagonists into the studio. Still, there were reasonable debates, and routinely, a subject expert would add depth to the conversation. Then the rot started to set in.

Newscasters became stars. Unfortunately, these are stars with spines. They only presented prejudiced points of view. They are honest but conveniently use the truth to their advantage. The privileges of being a journalist are as per convenience.

Hefty pay packets were disbursed to the faces and interns as feet on the street. Some of the beginners were bright, but the main debate had shifted to the studios. Loud, self-opinionated editors and newscasters were the nightly screaming banshees. Some of the pro-ruling party apologists masquerading as editors are embarrassing, to say the least. Equally, a few of the anti-Government greyhounds bay for the ruling party’s blood every night. Some are merely sanctimonious and supercilious. However, all of them break into smiles when the breaking news card appears. These new vultures will heartlessly ransack a story, fake or otherwise until there are no skeletons left in their cupboards.

Congress decided on young aggressive women and a few other pseudointellectuals to outshout the inarticulate Sangh Parivar brigade. The Bharatiya Janata Party (BJP) must be the only ruling party to have the most inarticulate spokespersons. A few smaller, regional parties have at best one or two spokespersons who make sense when they talk. Most other regional parties have earthy, obdurate, and sanctimonious spokespersons. Half the time is spent trying to bargain for equal screen time. Partisan anchors have loaded panels and questions and after a lot of brimstone and fire where often the anchor is the chief filibuster, our news gladiators smile victoriously readying for the next round on other channels. Language newscasters are worse. One Hindi channel has two prima donnas who either make eyes or show fiery temper when speaking to anyone in power. Meanwhile, editors are busy looking all coiffured and costumed. Another newscasting couple has neatly divided the turf. The wife does aggressive pro-Government stuff while the husband goes after BJP with full vigour. One business editor holds the record for never repeating her attire, courtesy of sponsors. Coming to sponsors, newsrooms, computers, everything is sponsored,

A few years ago, public recognition made newscasters turn stars. They became haughty, authoritative, and often rude. They became overtly partisan. The liberals wrongly assume they are the independent voices, while the pro-Government ones are shamelessly arguing on the Government’s behalf. Since no sane person would like to participate in these loud, brutish rigged discussions, it is left to the second rung trainee journalists, lawyers, and others in the so-called public arena of civil society ninjas to take on the mantle.

In India, news has been reduced to a nautanki with late-night news anchors being a string of doctors, not the specialists in the field, who hyperventilate about the coronavirus, vaccines, boosters, treatment, oxygen, etcetera, spreading more panic than information. And then there are the government handouts (No government spokesperson is ever seen on TV). Press conferences are restricted to political party offices, quarterly results of companies, or new releases of Bollywood.

When the fountainhead of news is Twitter and research is Google, say goodbye to creativity. My truth is damned.

When news becomes primetime entertainment, then you might as well watch The Kapil Sharma Show. Interestingly, India has over 400 news channels, of which 375 have no raison d’être for existence. Almost all of them will willingly carry a live feed, courtesy of the government, or feature daytime arguments.

Every few minutes, a ‘Breaking News’ card pops up to irritating music. This could be neighbourhood gossip, a fallen wicket in some match, or some stupid statement. Our news vultures will devour it to its bone and then dump the carcass into the garbage bin of history. TV news in India is beyond repair. Not because it’s run by fly-by-night operators, at least not the top 20 news channels. Some of the TV journalists are brilliant and erudite. The problem is they are all hankering after eyeballs and advertisements. Sensation and provocative news may get you the numbers, but it will never be worth the watch. Hopefully, a brave moneybag will have the courage one day to forget about the TRPs and create a news bulletin the nation admires. Get the news right, and the viewers will come. Without breaking news every few minutes.