The golden rule of Indian ethics 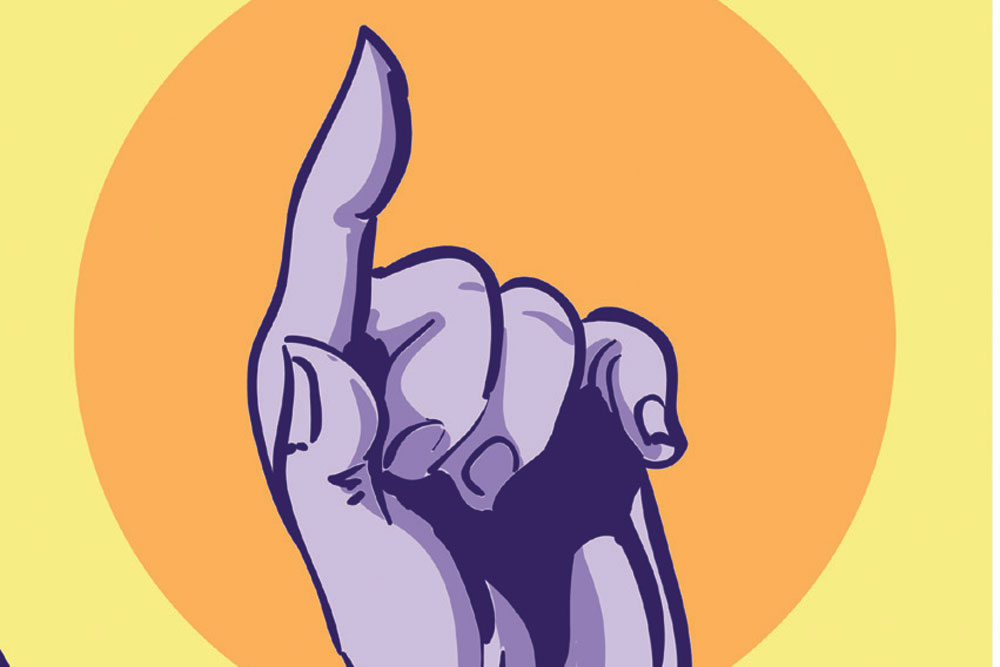 WE ARE USUALLY very sure of what is right and what is wrong. We tend to look at the world through a prism of black and white, good and bad. Our texts—itihasa (the Ramayana and Mahabharata) and Puranas—are not like that. The word ‘dharma’ is used in many senses and is, therefore, difficult to translate into English, since it means different things in different contexts. There is dharma that is about moksha dharma, the search for ultimate truth and emancipation. There is dharma that is about what the four varnas and four ashramas should do. There is the dharma of the king, raja dharma. However, transcending all this, there is the notion of an individual’s dharma. Given a certain situation, what should an individual do? Given a certain situation, an individual takes a decision. He/she accordingly bears the consequences of that decision. Our itihasa/Purana texts do not propound any absolute sense of morality and this sometimes becomes very difficult to accept. How can we not know what is right or wrong? We don’t know what is right or wrong. The individual took a decision in a certain context, perceiving that to be his/her dharma. He/she has to face the consequences. That is the karma. Karma is thus the flip side of individual dharma. In exactly the same situation, a different individual might take a different decision and his/her karma would be different.

This reminds me a bit about the two texts connected to King Vikramaditya. We know little about him. Vikramaditya is a title rather than a name. The title means ‘someone whose valour is like that of the sun’. There are emperors who have assumed the title of Vikramaditya, such as Chandragupta II. But there was also a legendary King Vikramaditya, and scholars do not agree about identifying this legendary king with any one of the known historical King Vikramadityas. In Ujjain, this legendary ruler is present everywhere, irrespective of which historical Vikramaditya he is identified with. There are temples built by King Vikramaditya. There is the hill where Vikramaditya’s throne was buried until King Bhoja discovered it in the 11th century. Thereby hangs a tale. Whoever ascended that hill was suffused with immeasurable wisdom. (This trait manifested itself in some cowherd boys.) When this was reported to King Bhoja, he had the hill excavated and a magnificent throne was discovered; it had 32 statuettes. When King Bhoja wished to be seated on the throne, the statuettes restrained him. He was told, ‘This is King Vikramaditya’s throne. He was a phenomenally wise and great king. To be seated on the throne, you must be as wise as him.’ Then, one by one, the 32 statuettes (each of which was a cursed apsara) told a story about King Vikramaditya’s wisdom. These stories are collectively known as Simhasana Dvatrimsika or Singhasan Battisi. The earliest versions of this text go back to the 13th-14th centuries. 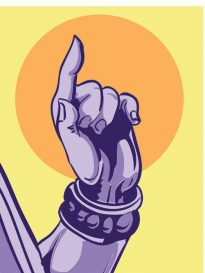 The use of the word ‘version’ is important. There was no printing at the time and written rendering came much later. Stories were passed down by word of mouth, preserved through oral transmission. Consequently, even though there may have been a common origin, there were regional versions and variations. This is true of Simhasana Dvatrimsika, as well as of another text associated with the legendary King Vikramaditya. This text is known as Vetala Panchavimshati or Betala Pacchisi. A vetala is a demon or spirit, almost always male. But it isn’t any arbitrary demon or spirit. Specifically, it is a demon that possesses a dead body with an ulterior motive. This text, thus, has 25 stories about the vetala, more accurately, stories about the vetala and King Vikramaditya. Each story has a puzzle which King Vikramaditya has to solve. And the solutions are not easy. In Simhasana Dvatrimsika, King Vikramaditya is a historical person and King Bhoja hears about him from the statuettes. In Vetala Panchavimshati, King Vikramaditya is the protagonist. But whether in the 32 stories or the 25, there is no clear answer to a puzzle, although King Vikramaditya does furnish one possible solution for each. But the point is that there is a dilemma, just like the situations our itihasa/Purana depict. In this column, I will recount such stories from itihasa/Purana. A word of caution is necessary. The itihasa/Purana corpus is much more than stories. They are encyclopaedias, though popular renderings often focus on the stories. But I will stick to the stories and begin with the Mahabharata.

In this column, I will recount the story of Martanda and Samja. (This is the Mahabharata version of the story. The same story can occur in multiple texts, with some variations.) The sun-god, Surya, is also known as Vivasvat and Martanda. He was the sage Kashyapa’s son and married Samja, the beautiful daughter of Tvasta/Visvarkarma. Samja loved Martanda. But she could not stand Martanda’s energy. It was excessive and burnt her down. Nevertheless, Surya and Samja had three children: Manu, Yama and Yami. Yama and Yami were twins and Yami was also known as Yamuna. There have been several Manus and this particular Manu was known as Vaivasvata Manu, the Manu in our current era. The word ‘vaivasvata’ indicates that he was the son of Vivasvat. For the same reason, Yama is known as Vaivasvata Yama. Samja couldn’t stand her husband’s energy. Shouldn’t she have spoken to her husband about this? She possibly thought that it was her dharma not to displease her husband. Therefore, she used her powers to create a form that was just like her in appearance. The word chhaya means shadow and since this was like her shadow, this lady was called Chhaya.

Samja told Chhaya, ‘Remain here. Pretend to be me. Treat Martanda as your husband. Don’t tell anyone that I have left for my father’s house.’ Chhaya replied, ‘Fine. But I will keep the secret only as long as I am not cursed, or not seized by the hair. If either of these happens, I will reveal the truth.’ Samja went to Visvakarma’s house. Naturally, she didn’t inform Visvakarma about the deception.

Visvakarma kept pestering Samja to return to her husband’s house. It is a wife’s dharma to be with her husband. Tired of her father’s exhortations, Samja went off to the Uttara Kuru region. She assumed the form of a mare and started to graze around there.

Martanda didn’t realise that Samja had left. Taking Chhaya to be Samja, he had two sons through her and they were named Savarni and Shanaishchara. What should have been Chhaya’s dharma? It turned out that she was more affectionate towards her own sons and neglected Manu, Yama and Yami. Manu pardoned this, perceiving that to be his dharma. However, Yama wasn’t going to tolerate an act that was against dharma. In a fit of childish anger, he was about to kick Chhaya. He didn’t actually kick her. However, he did raise his foot. Chhaya cursed him, ‘Your foot will fall down.’ Yama went to Martanda and told him everything. ‘A mother should be equally affectionate towards all her children. But she favours Savarni. I did raise my foot, but I didn’t actually kick her. I was angry and am but a child. Which mother curses her son? I don’t think she is our mother. Please save me from the curse.’ Martanda said that countering a mother’s curse wouldn’t be dharma. Therefore, though he was capable of nullifying the curse, he wouldn’t. Instead, worms would seize flesh from Yama’s foot and roam around on earth. That way, Yama would be saved and a mother’s words wouldn’t be falsified.

After this, Martanda summoned Chhaya and demanded to know the truth. Bound by her pledge of dharma, Chhaya wouldn’t reveal the truth. However, when Martanda threatened to curse her, the pact was broken and Chhaya told him all. An enraged Martanda went to Visvakarma’s house. Visvakarma explained that Samja wasn’t there. Since all of this had happened on account of Martanda’s excessive energy, he offered to place Martanda on his turning wheel and pare down the excess energy. This was done and Martanda retained only one-sixteenth of the energy he originally possessed. The shavings of energy were used to fashion Vishnu’s chakra and the weapons and celestial vehicles of the gods. After that, Martanda became more handsome and more acceptable to Samja. Through his powers, Martanda divined that Samja was in Uttara Kuru, in the form of a mare. He too assumed the form of a horse and went to Uttara Kuru. When Martanda and Samja united in equine form, the two Ashvins, the physicians of the gods, were born. Yama was distressed that he had acted contrary to dharma. Therefore, bound to dharma, he became Dharmaraja. Vaivasvata Manu is the current Manu and Savarni will be a Manu in the future. Yami/Yamuna became a river. ‘Shanaihshcara’ means the slow-moving one and Shanaihshchara (commonly known as Shani) became the planet Saturn. Each followed his/her own dharma.

The Misery of a King

The Education of a Prince