Grassroots cultural vigilantism is being matched by digital show trial 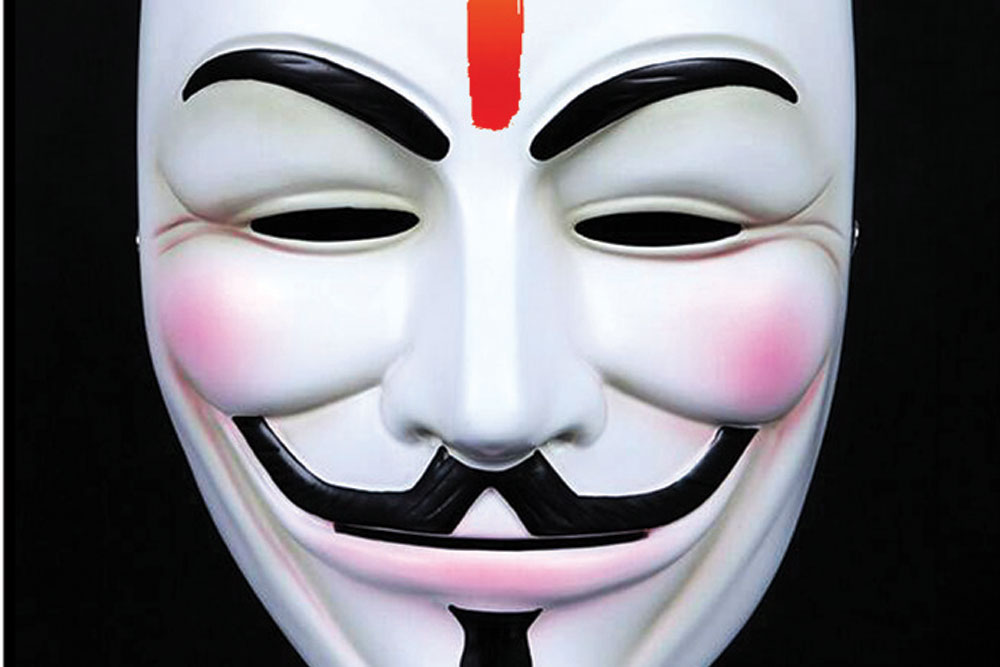 
THE CROWD IS the most powerful constituency in politics today. And it is identity that keeps the crowd intact. In one of the most relevant books of our times, The Madness of Crowds (Bloomsbury Continuum, 280 pages, £20), the British journalist Douglas Murray writes: ‘We are going through a great crowd derangement. In public and in private, both online and off, people are behaving in ways that are increasingly irrational, feverish, herd-like and simply unpleasant. The daily news cycle is filled with the consequences. Yet while we see the symptoms everywhere, we do not see the causes.’

This pervasive imperium of the crowds owes its growth, argues Murray, to the collapse of grand narratives—religion and then ideology—that had provided a cosy cohesion to the last centuries. In an era when data is the new social engineer and when social media empower you to mould—and control—the behaviour of the other, ‘social justice’ is the cause, the reason, and the struggle that adds to the madness of the crowds. We call it identity politics, which, as Murray says, ‘has become the place where social justice finds its caucuses. It atomizes society into different interest groups according to sex (or gender), race, sexual preference and more. It presumes that such characteristics are the main, or only, relevant attributes of their holders and that they bring with them some added bonus.’

Identity Rearmed has opened the battlefield of our time, and here everyone is a victim or a tormentor, a toady or a warrior, a parasite or a conscience-keeper. Here, the type is the original. In The Madness of Crowds, Murray gives a masterly survey of this battlefield where his focuses are on gender and race. And in the battle of identities, there are only (social) rights and wrongs. The oppressed rules the conversation. Murray argues that the new politics of social justice, the institutionalisation of identity, falsifies life. It also simplifies life. It indexes our emotional complexities to suit our struggle for justice.

Murray’s prescription is: ‘One of the ways to distance ourselves from the madness of our times is to retain an interest in politics but not to rely on it as a source of meaning. The call should be for people to simplify their lives and not to mislead themselves by devoting their lives to a theory that answers no questions, makes no predictions and is easily falsifiable.’ The prescription sounds so idealistic in a world where the politics that wins the day is the politics that defines you, identifies you, and categorises you. This trend has become all the more pronounced in places where the most popular politicians act like tribal chieftains. And what you demand from the tribe is loyalty, faith, submission, and an adherence to the blood code.

The populism of the 21st century is digitally driven tribalism. To remain loyal in this world, truth has to be the most flexible item in the armoury. Loyalty abhors division; it is built on the sacredness of homogeneity. It’s techno-tribalism that characterises politics in Impeachment America. The Congress’ impeachment investigations against the President have become, in Trump’s hands, the most rewarding campaign piece of victimhood. The sight of the wounded chieftain unites the tribe—the Middle America let down by the traditional left and the right—and intensifies the struggle for justice. The President is the oppressor in the testimonies of officials and diplomats; and in the presidential tweets, as against the combined might of op-ed pages, he is the chieftain under attack, the victim of another elitist conspiracy in an election year. The President’s routinely modified self-portrait on social media brings out the totemic power of tribal politics.

Modi is not Trump. The aesthetics of Trump is television-age vulgarism. Trump is in the show, always, as the persecuted chieftain appealing to the base. There is a greater sense of dignity about Modi, and his individual integrity remains unsullied. But out there, in the hinterlands of Hindus permanently aggrieved or newly empowered, tribal traits are at play. The loyalty test—the measure of your Indianness, the depth of your patriotism, the colour of your nationalism, and the degree of your submission—goes on. Grassroots cultural vigilantism is being matched by digital show trial. Blood is being shed, the enemy is being marked, sentences are being pronounced, and witch hunters are on the lookout. Tribal politics demands good behaviour, and puts deviation on trial, and it all becomes easy when technology can play the perfect social engineer. Modi, one of the world’s most popular politicians in power, can do without endorsements from this deranged tribal base.

‘Using ourselves up on identity politics,’ writes Douglas Murray, ‘is a waste of life.’ It is the gain of political tribalism, which is today characterised by the bloodlust of its digital vigilantes.