The Advantages of Indecency

On the strategic nastiness of Abhijeet, the troll 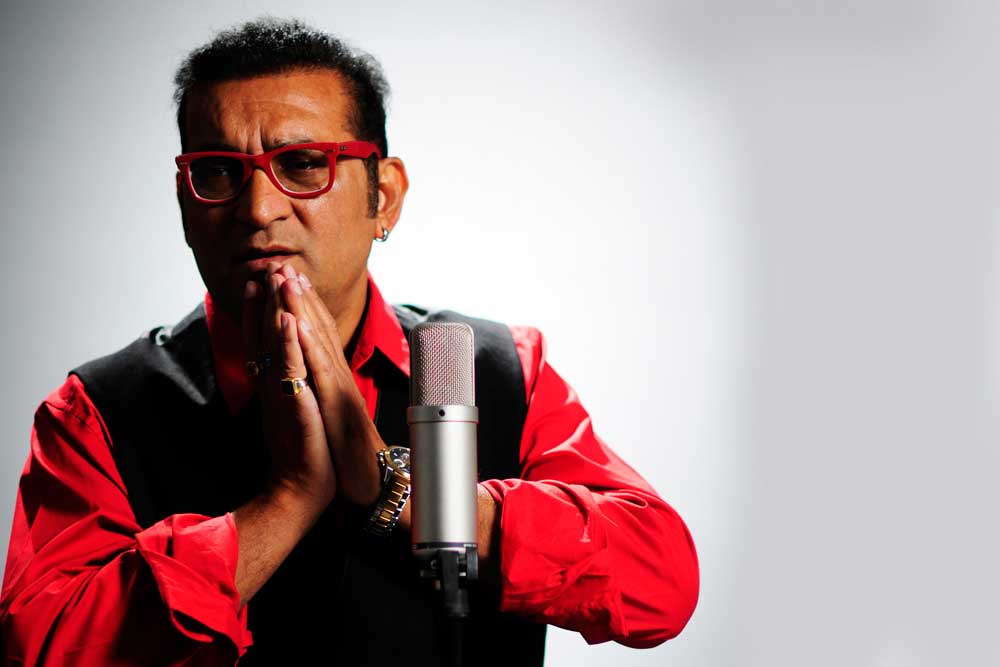 AS IT TURNS out, Paresh Rawal was the smarter one with the foresight to know just what it means to get kicked off Twitter for a political activist. He deleted his tweet about Arundhathi Roy being tied to the front of a jeep but made it clear that coercion made him do it. Cowardly, you might say, but this is really not the age of standing on principle. Abhijeet Bhattacharya, the playback singer, who rode on the wagon of the Roy issue, now finds himself without his Twitter account, all the more stupid because, in his case, the principle is publicity. The fates of these two is an abiding lesson for those aspiring for political fame as supertrolls.

The chronology of Abhijeet’s sad story is as follows: usual patriotic foul- mouthedness, suspension of account, couldn’t care less bravado, starting another account, appeal on Facebook to follow this one, new account suspended, couldn’t care less bravado. It will not be long before he pleads with Twitter, privately because that is how the Bollywood showman gene operates, to somehow get him back. To understand why, you have to ask yourself who exactly was Abhijeet before the 2015 lower court verdict convicting Salman Khan (acquitted later) in the hit-and-run case for five years—just an out of work singer. After the verdict, he found limited fame for calling the pavement dwellers who died in that hit and run as dogs. Just one tweet was all it took to resuscitate a man from anonymity. And the cunning to see that so long as he does not backtrack, the dividends will keep coming.

It was almost inevitable that he would join the nationalism bandwagon that Twitter has spawned because that is the easiest pie in the sky. Especially if you are a public person, it gets an instant band of committed dumb followers and the licence to be indecent; the more uncouth you behave the more traction you get. Put yourself in Abhijeet’s shoes: having become a leader from nothing by talking dirty on the right topics, why would he stop?

This is now however his dilemma. Without Twitter he is nothing. Facebook is good for a lot of things but if you want to talk politics then Twitter is the only place to be in. There is a reason why Donald Trump doesn’t do Facebook posts and also why Paresh Rawal agreed to remove the Roy post with such alacrity under threat of suspension. But, on Twitter, as a nice guy, Abhijeet is still nothing. He is too crude and dense to be a regular even on Republic TV. And mainstream media gets bored by the same man raking up the same controversies.

Therein lies the dilemma for Twitter too. It is a faltering social network with political discourse the only thing that keeps its engine going. It enjoys enormous powers over politicians who have millions of followers because they hiss and slur. Can they suspend Trump? Fumigate the nasty ones and what is Twitter’s appeal? All the publicity that Abhijeet gets from a tweet is also publicity for Twitter. Millions tweet like him and to remove all of them is suicide. And so they won’t.