Anatomy of a Wet Crumbling 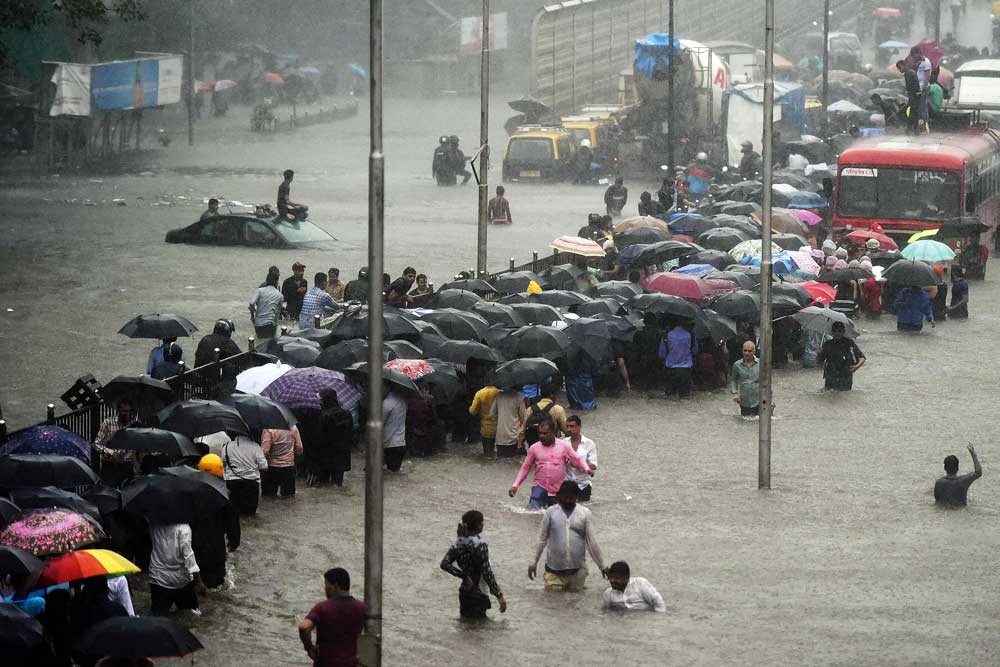 ‘AN ANGRY MUMBAI Demands Answers’—so went the banner in a prime time news segment about the rain that flooded and paralysed the city for a day. The answer is simple: there was more water entering than water leaving. The real question is what it would take to drain off 300 mm of rainfall in 12 hours and, without an empirical study, assigning blame is meaningless.

No city in the world has ever been able to manage a sufficiently large force of nature, especially if it is an occasional happening. Should Mumbai be getting 300 mm of rainfall unfailingly every monsoon, it would, despite all its Indian inefficiencies, eventually build defences with a predictable rate of success. In the Netherlands, which was prone to frequent flooding, they started constructing dykes more than 2,500 years ago and then kept refining and expanding them until floods posed minimal danger. Mankind is adept and willing to put in the resources to adapt, but for rare occurrences, the risk-reward calculations don’t justify the expense, making it more convenient to just suffer.

It is futile to demand answers for a collapse which was inevitable. Another charge is that we had a similar situation in 2005 and there was nothing learnt from it. That there was no gameplan for heavy rain. In 2005, there was 900 mm of rain and even 300 mm is about ten times more than the average daily monsoon rain. The real question that Mumbai’s overlords must answer is how they address what 30 mm of rainfall does to the city. Because that itself is enough to pockmark roads, create intractable traffic jams, throw life off gear and multiply the misery of citizens. What goes wrong when things are back to normal is more important than what went wrong when the floods happened.

It is a little like the obsession of people with seeing justice in criminal cases that arouse great indignation—forgetting that what actually makes their life more secure is how fast the system moves in petty cases. The probability of your cycle getting stolen is much more than you getting murdered by a serial killer. If the system is efficient in dealing with petty cases, then it is efficient through and through. The city crumbles because it is inept with the ordinary, and so will be clueless with the extraordinary.

It is not easy to be efficient with the daily normal. It requires absence of corruption, sound leadership, and clear policies executed with competence, all the things we have never been able to do. Therefore we muddle along in big crises. For example, the government always asks people to head home precisely when the flooding peaks, leaving them stranded. But telling them to remain in their offices would require a sense of history of floods in Mumbai while deciding on policy. Instead, there will now be the inevitable grand projects announced to prevent a recurrence, which will obviously happen because the monsoon gods won’t be bribed with a few thousand crores and that too shared with contractors and politicians.