Once divisions get created within humanity, they never cease to multiply 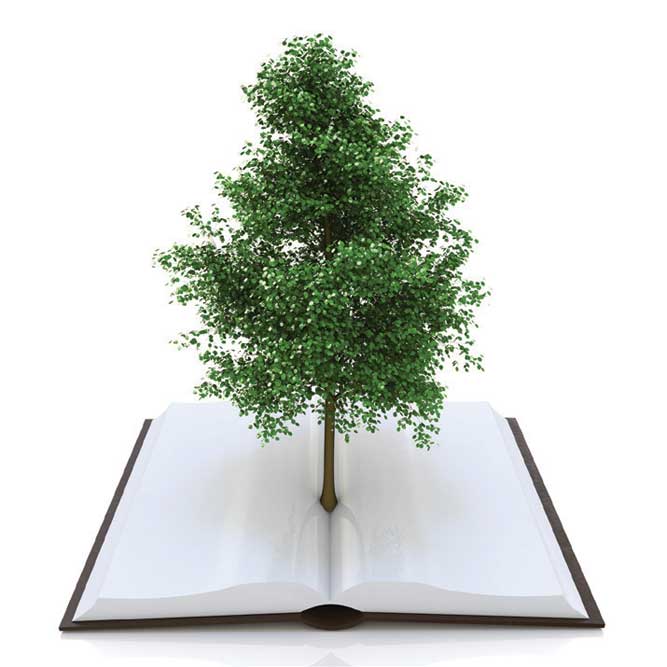 Why did the ancients constantly stress that humankind should accept and adjust to nature, and not battle it? The earth was once a beautiful place all over. Nature knew how to take care of itself. It was filled with things that would give birth to new a life, then nurture and bloom into fulfillment. They would eat off the soil, drink water safely, dance in the wind, smile up at the sun and be totally part of the system created by nature–willingly and without complaining.

When the time came for life to give up its vital juices, such as the oxygen-gifting blood, to the wind, it was witnessed by the sun and gratefully shared by the waters. Earth made a grave and cradle for them, so that they gave themselves for others generously and happily. This kept things in balance, and out of this balance, there was harmony. Earth was indeed blessed.

Then human beings were created. In earlier generations, the earth taught humankind how to live with and off nature. There was nothing that was not of value on earth. It was the very strict law of nature that made the whole creation perfect. But for once, the creator became sentimental and was not so rigid with human beings. This was despite them arriving much later in the food chain.

Gradually it was understood by sections of humanity that the creator had handed over creation into greedy and grubby hands. There were hands to caress, help and nurture, but there were also hands used for grabbing, maiming and killing.

Human beings bossed over the whole world. They wanted all the power. One certain way of manipulation was to induce divisions. Such man-made separations within the species was not what the ancients intended. But manipulations were deemed to be okay for this power grab. So human beings learned to be cunning. They sought to tweak nature’s laws to suit themselves. Everything was slanted just so the law, when applied, would absolve human beings of any wrongdoing. On the contrary, the onus of mistakes fell squarely on every bit of the rest of creation. The finger of blame was pointed to all of them, sometimes scratching their cheeks, sometimes blinding them. The mark of the nature-abhorring human hand came upon all living things.

Yet, the air did not refuse to delve deep into human lungs and oxygenate them. Waters gave themselves plentifully to them, quenching their thirst and cleansing them from outside.  It was a harder job to cleanse them from within. The earth gave its choicest produce to feed them. Hand in hand, the sun and fire illuminated their lives and warmed them. Only space was wary of them. Space kept itself finite, taking care not to stretch itself endlessly so as to facilitate an endless expansion of human beings.

Our species, however, did not notice such subtleties. They were not grateful for such ample considerations, and took things for granted. Nothing and no one was there to stop them–at least that’s what they believed.

Having established their control over the whole of creation, human beings decided that they would control divinity. The sun burned in an extra fierce way at this and the temperature of the world quickly rose alarmingly.  The rain clouds wept copiously and the scared water bodies quickly snacked on comfort food lining their shores, depriving vegetation of its fair share of growth. The winds, being rootless, learned to let stinks use them for a ride. Fragrances, being gentle, stayed away. The ambient smell of creation was slowly turning putrid.

And yet human beings rampaged down this path of acquisition. They did not see and even if they had seen, they would not have bothered about the disquietude that came in the wake of their mad rush towards a goal that was unclear even to themselves.

Suddenly a thought struck the human beings.  They had already butchered the whole of nature. Now, why not carve up divinity itself into individual segments for ownership never for all but just for some? This was just to prove for once and for all that human beings were the ones in control and not some divinity. So they pitted one bit of divinity against the other. The ancients warned of such divisions. Increasingly their teachings were discarded in the stampede to only go by the doctrine that human beings and not nature was in control.

First there was an incredulous silence. Then there was bedlam. Initially it was dark thoughts that arraigned to let no illumination come through. Then harsh words were used, their inherent sharpness failing to pierce this darkness getting ready to be a womb of destruction. Then hands were raised, hands of one human against the other.

In the process, they slapped and hit each other. They ripped apart the hair, the skin and the nails. They gouged deep into squishy eyes, blinding them further. Flesh was cut not to serve as food but as a scoreboard of kills, scripted in blood.

They dared profess that each facet of divinity was alien to the other and that only theirs was supreme. They built dwelling places for them and saw to it that entry was restricted only to those who agreed with them. They gave different sets of gifts to these divinities and declare those not chosen by them to be unclean. Human beings played at being god. Hate was their very reason for existence. They thrived on hurting, yet felt outrage when others did the same to them.

They broke places of worship. They killed people who were “others”. They spat on those that were part of the so-called otherness. Rivers were filled with blood. The golden earth was irrigated with tears, and could not yield beautiful produce. Stunted and tasteless, the earth produce made way for processed stuff. The sun and accompanying seasons became unpunctual. Nothing could be relied on any more.

Divinity, being kind, gave human beings chance after chance. However, human beings, being obdurate, never cared for the indulgence shown to them. They grew more and more arrogant and egoistic. There was no longer enough space to hold human beings and their fears, ignorance and ego, along with the one divinity with several pet names.

Indulgence had to be replaced with matter-of-factness. The question of survival of the whole of creation, which believed in the sanctity of the creator divinity, in their thoughts, speech and action was at risk.

Human beings built their own tribes’ places of worship while others got destroyed. The prayers of the others were forgotten. Their own brand of bonsai divinities were sought to be wiped out. Was this peace? For soon, new divisions cropped up amongst the victors. There was never a situation where there were no more divisions, no more conflict. All these divisions and struggle was because it was seen as creating harmony. That calm would reign with peace and prosperity and their children still innocent would thrive. Alas, once divisions get created within humanity, which was entirely the child of the eternal and the supreme, they never cease to multiply. The only way out is to accept the ancient wisdom of many paths and many differences all leading to the one divine.